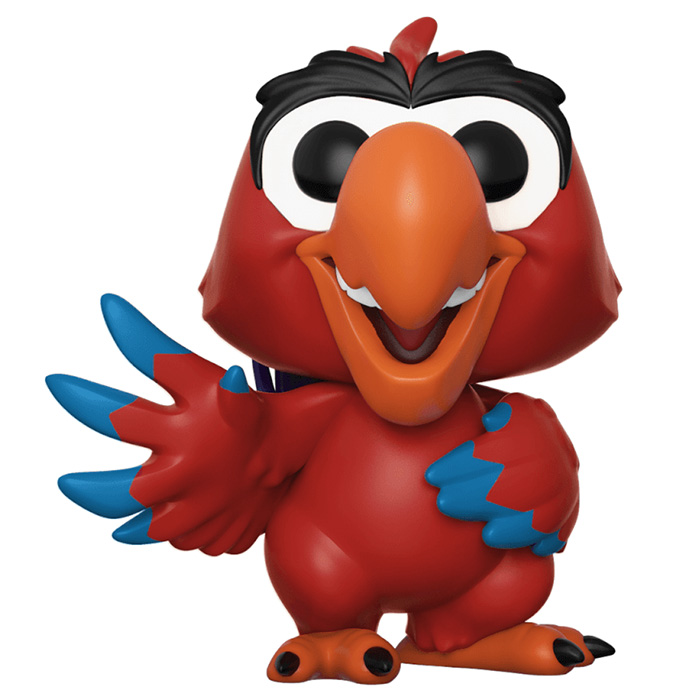 Iago is Jafar’s pet bird in the Disney Studios cartoon Aladdin based on the famous tale of the Arabian Nights. His name is of course a reference to Shakespeare’s Othello, and Iago is a rather comical character, content to follow Jafar’s evil plans as best he can. Jafar is the advisor of the Sultan of Agrabah, determined to obtain the hand of his daughter, Princess Jasmine, in order to become Sultan instead of the old man, who is rather naive and does not realize the evil nature of his advisor. His plans are about to be thwarted when Jasmine falls in love with Prince Ali, the name Aladdin borrowed after the genie granted him his first wish, to be a very rich prince. 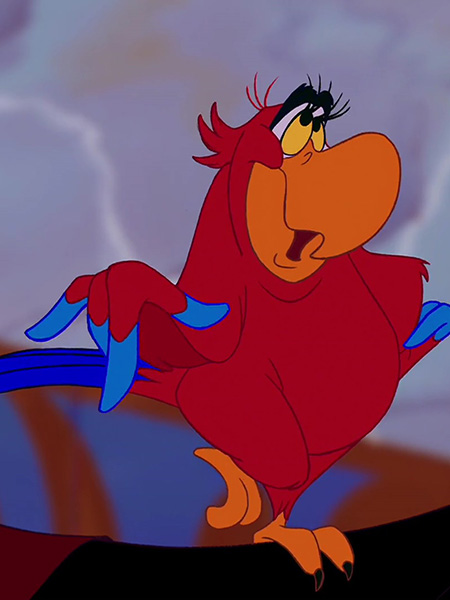 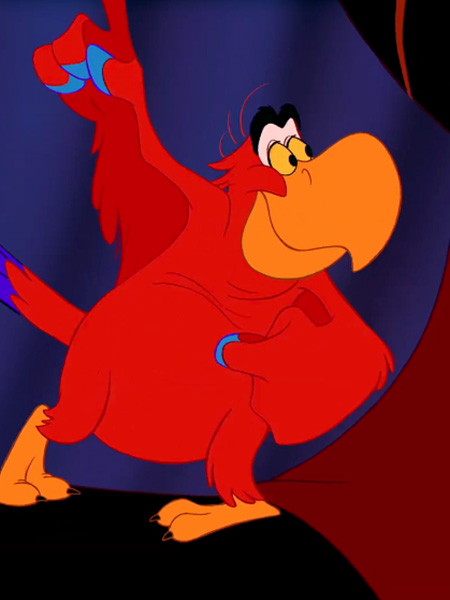 So Funko has depicted the very talkative bird in a very expressive and dynamic posture that represents the character well. He is mainly red with big orange legs and blue wing tips. The latter are in movement and he uses them as if they were his hands. On the head, we find his orange beak, surprisingly large teeth and large eyes topped by black eyebrows that make him even more expressive. 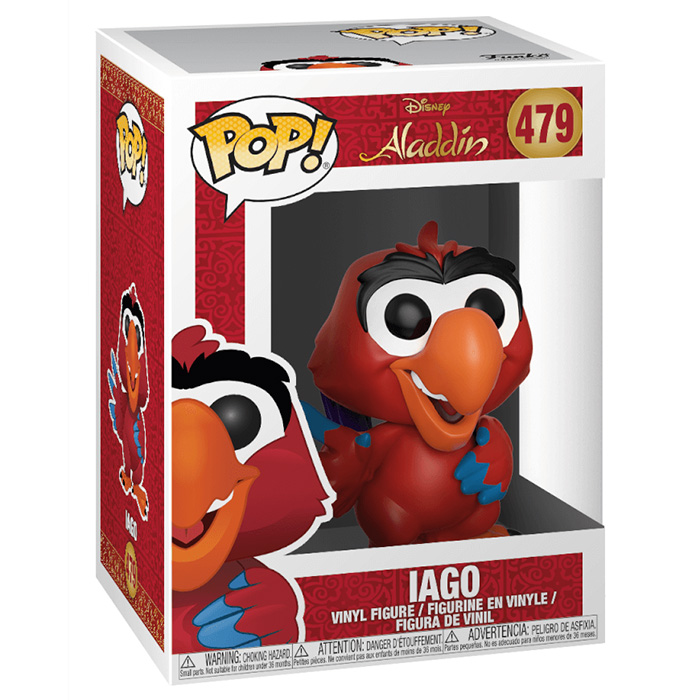