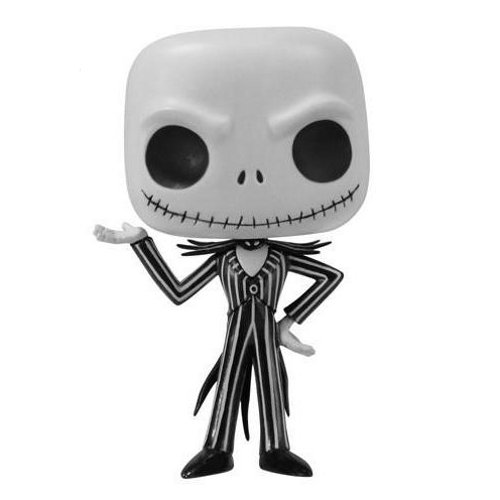 Christmas and Halloween in the same character

Jack Skellington is the main character in the animated film “The Nightmare before Christmas”. It is one of Tim Burton’s most famous films (for which he is writer and art director but not director) with his famous stop motion animation technique. Jack is the pumpkin king, a sort of skeleton in charge of the town’s Halloween festivities. But one day, he gets tired of doing the same thing over and over again, so he decides to leave and discovers Christmas town. He then returns home with a plan to organize the Christmas party this year. This movie is both the movie to watch at Christmas for its nice message and at Halloween for its typically Burtonesque characters. It appeals to children and is at the same time a sort of icon of gothic fashion. Like many of Tim Burton’s characters, he has a strange and even terrifying look but that doesn’t stop him from being endearing. He will even fall in love with Sally, a strange creature all sewn up, a sort of Frankenstein’s monster. This will allow Tim Burton to talk about his recurring themes of rejection and acceptance of difference. 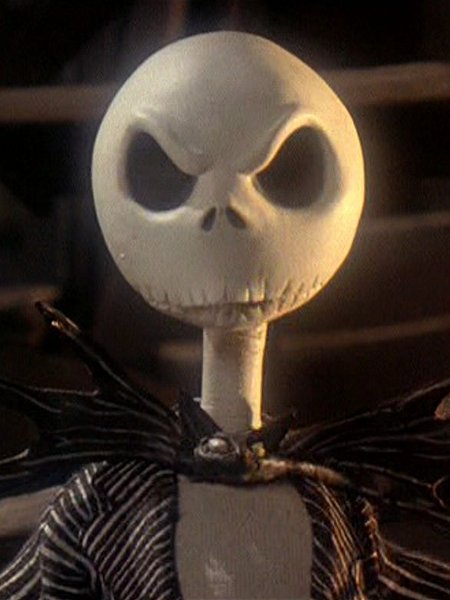 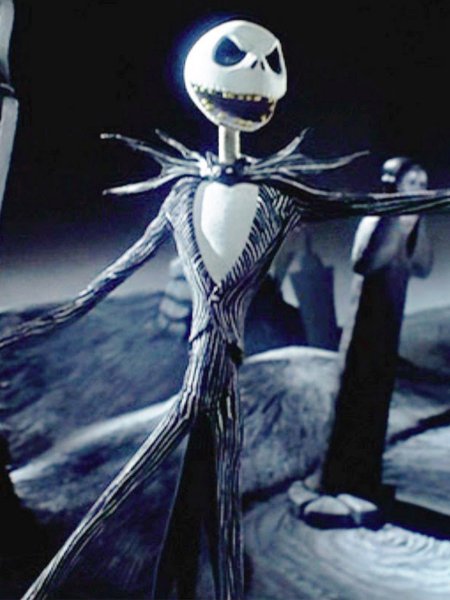 Jack is shown on this figure in his main outfit. He is wearing his black and white vertical striped suit, which further accentuates his skeletal thinness. It’s a tailsuit that gives him a bit of a conductor look, evoking the fact that he’s the master of ceremonies of the Halloween town. On the other hand it also gives him a 19th century look probably to refer to the universe of Edgar Poe which is a great source of inspiration for Tim Burton and the director Henri Selick. We can see his bow tie in the shape of a bat, which differentiates his costume from any other. Although the faces of the pop funko figures are usually made from the same mold, this time, eyebrows have been added in relief to give that slightly disturbing expression characteristic of his face. His big “stitched” smile is painted as usual. Finally, the position of his arms seems to show Jack making us admire his work, inviting us to enter the Halloween city. 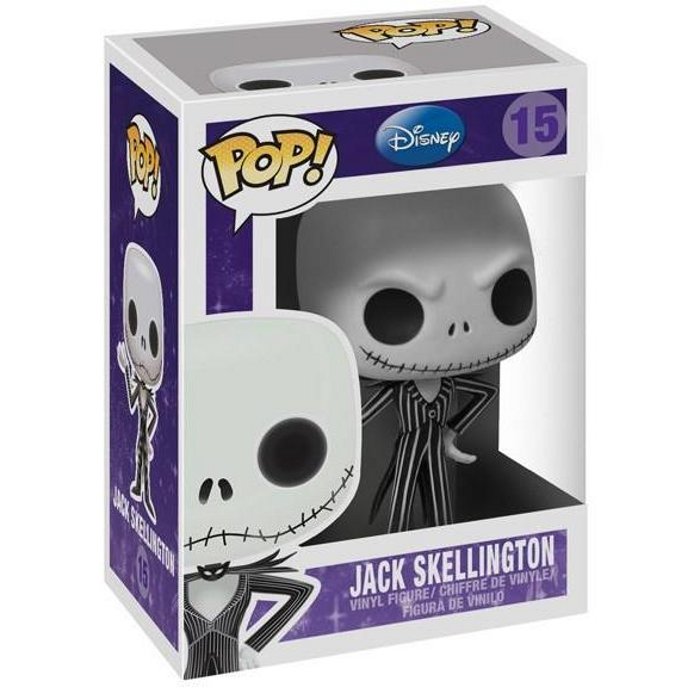