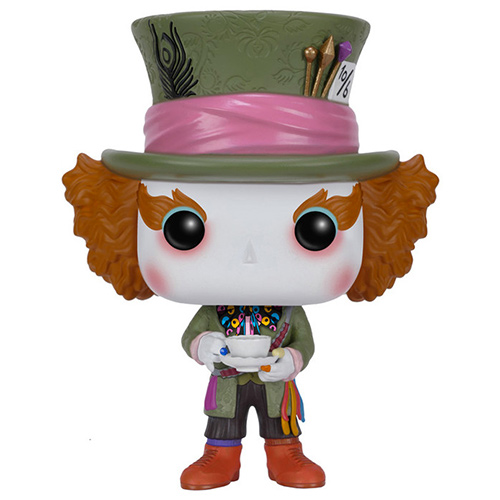 The Mad Hatter is one of the important characters in the Walt Disney Studios film directed by Tim Burton: Alice In Wonderland. This film is an adaptation of Lewis Carroll’s classic film which includes elements of Alice in Wonderland and its sequel, Through the Looking Glass. In this version, after being proposed to, 19-year-old Alice sees a rabbit wearing a jacket. She is not very excited about the proposal and decides to follow the rabbit down the rabbit hole. She then falls into a fantastic world populated by strange creatures. They think that her coming was announced by a prophecy saying that she could defeat the terrible Queen of Hearts. The Hatter is a crazy character but he believes in Alice. He will get himself captured in her place so that she can escape and complete her mission. Played by Johnny Depp, he is a typical Burtonian character. 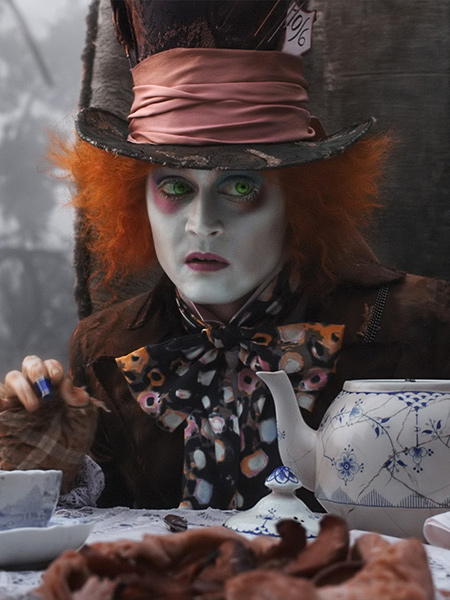 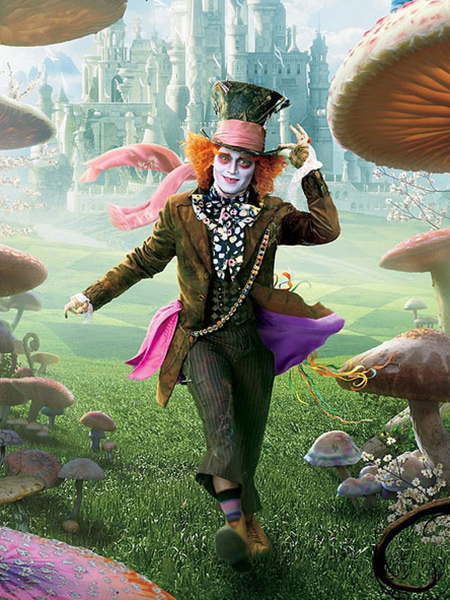 Like all those of this Alice In Wonderland series, this Mad Hatter figure is particularly successful and detailed. On the body, we can see his style of dress, both retro with its Victorian inspiration and completely eccentric with its bright colors and strange patterns. He holds in his hand a cup of tea, like in the first scene where he meets Alice. On the head, his face is white and his make-up on the cheeks and eyes has been, once again, finely reproduced. We find his voluminous orange hair and of course his famous hat. His texture and the elements that are attached to it are also nicely detailed. 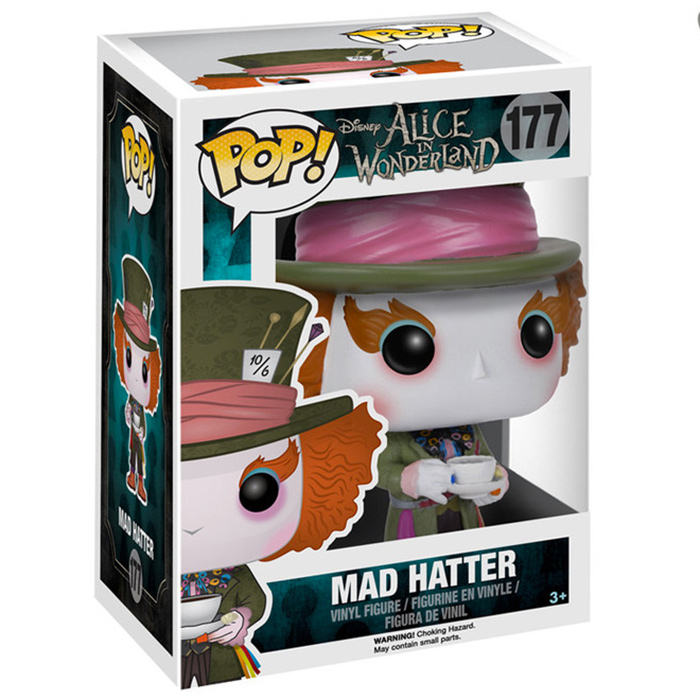