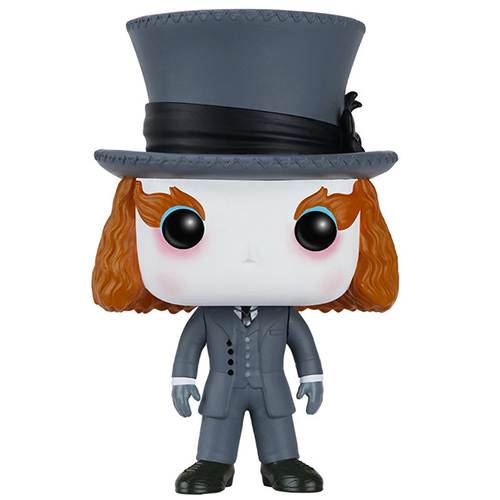 The Mad Hatter is one of the main characters in the film Alice Through The Looking Glass. This film is adapted from Lewis Carroll’s novel The Other Side of the Mirror, which is the sequel to the famous Alice in Wonderland. This movie is also the sequel of Tim Burton’s Alice In Wonderland which already borrowed elements from The Other Side Of The Mirror since it was already an almost adult Alice who was shown instead of a young girl. In this film, Alice followed a white rabbit down the rabbit hole after hearing him say he was late, and found herself in Wonderland. She then had to help the inhabitants of this strange land to defeat the terrible Queen of Hearts. Once home at the end of the film, Alice becomes an apprentice on a ship to trade around the world. At the beginning of the second film, Alice hears a call for help from Wonderland. She passes through the mirror in her living room and finds herself in an unrecognizable Wonderland. The Mad Hatter is one of the friends she made on her first visit and she will have to fight the Time Lord to save him. 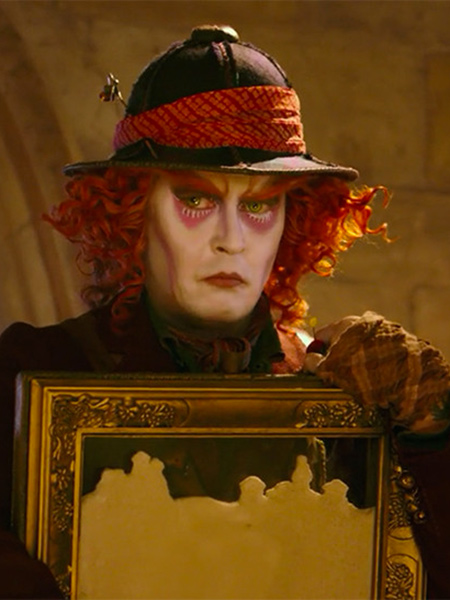 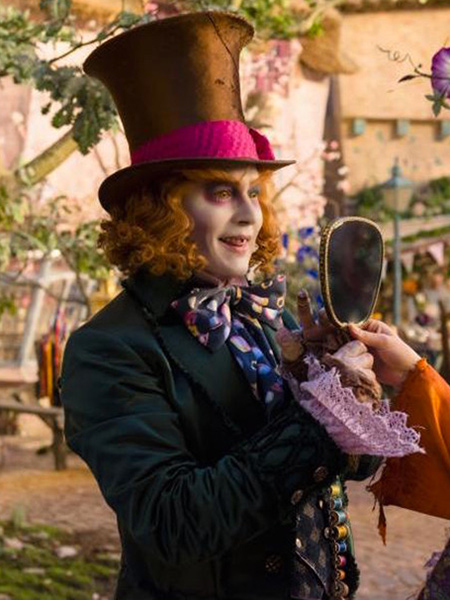 This is a very sober version of the hatter that we find on this figure. Except for his face and hair, the hatter is dressed in grey, black and white and wears a distinguished gentleman’s suit. We find this classic three-piece suit with pants, jacket and vest worn over a white shirt and black tie. He also wears black shoes, matching grey gloves and the white sleeves of his shirt are over his jacket. Fortunately, the hatter has not lost any of his eccentricity in the head. As always, his face is white with pronounced pink cheeks and makeup around his eyes and his famous big eyebrows matching his very curly hair. Finally, a top hat is worn, her trademark, but this one is grey and black instead of the usual colours. 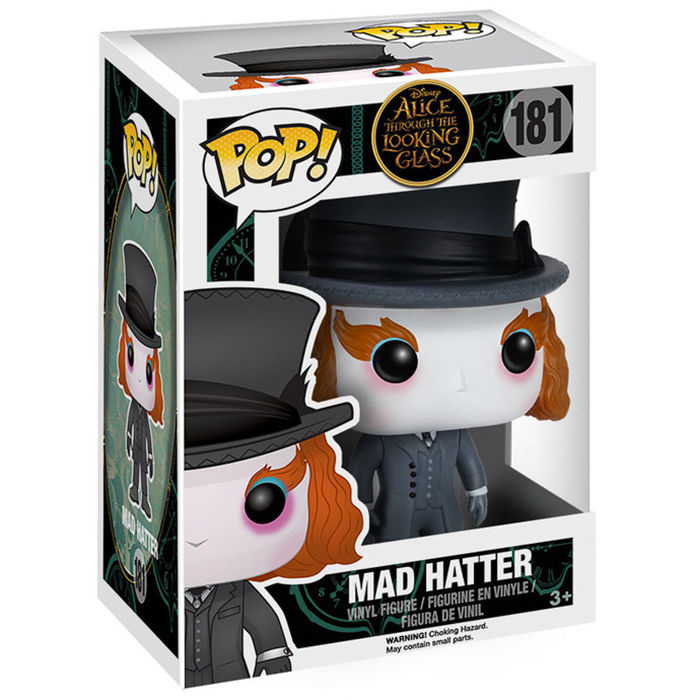