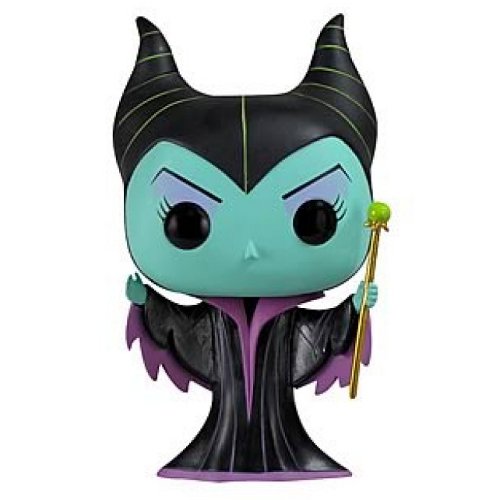 Disney’s version of the Carabosse fairy

Maleficent is one of the main characters in the Walt Disney cartoon Sleeping Beauty. The cartoon is based on the Grimm fairy tale (itself a revision of Charles Perrault’s fairy tale) but the character of Maleficent was invented by Disney Studios as she replaces the fairy Carabosse. At Princess Aurora’s christening, the entire kingdom is invited except for the evil fairy/witch Maleficent. To get revenge, she invites herself to the christening anyway, gives Aurora the gift of beauty but promises that she will die before she turns 16. One of the good fairies softens the fate by predicting that she will not die but will fall asleep for 100 years. She then takes Aurora to live with her and her two sisters in the forest to escape the curse. But Maleficent will do anything to find her and make sure the prophecy is fulfilled. Maleficent is a dark character with strong powers who lives in a mysterious lair surrounded by strange, demonic but stupid creatures. She can take on many forms including that of a dragon and is always accompanied by a raven named Diablo. 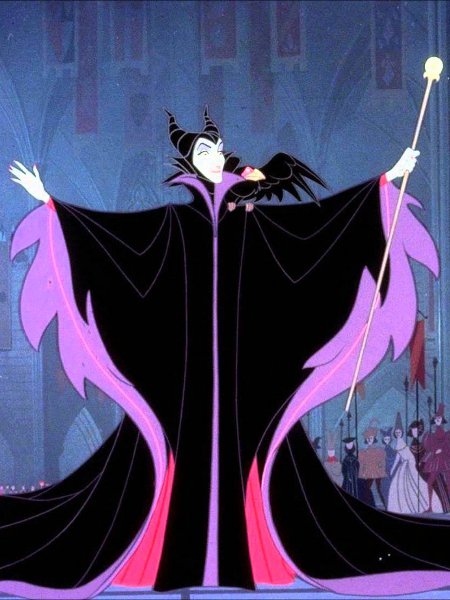 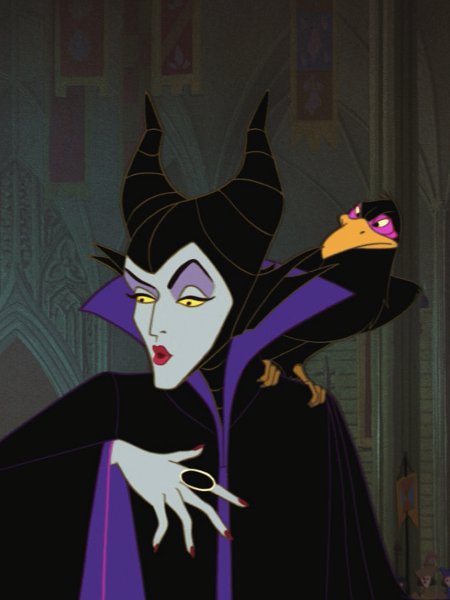 The figure is very well done and particularly faithful to the character. She wears a long black dress with wide sleeves as if torn and lined with purple. As in the cartoon, her face is green but more turquoise and therefore less unhealthy. The details of the shape of her eyebrows and her purple make-up are finely represented. As in the movie, she wears this strange horn-shaped headdress to remind her evil side. We never know if she really has horns or if it’s just a headdress. This element as well as the unnatural color of the skin make us think that she is another species, a kind of evil fairy and not a witch. Finally she carries the golden cane topped by a luminous ball which gives her part of her powers. 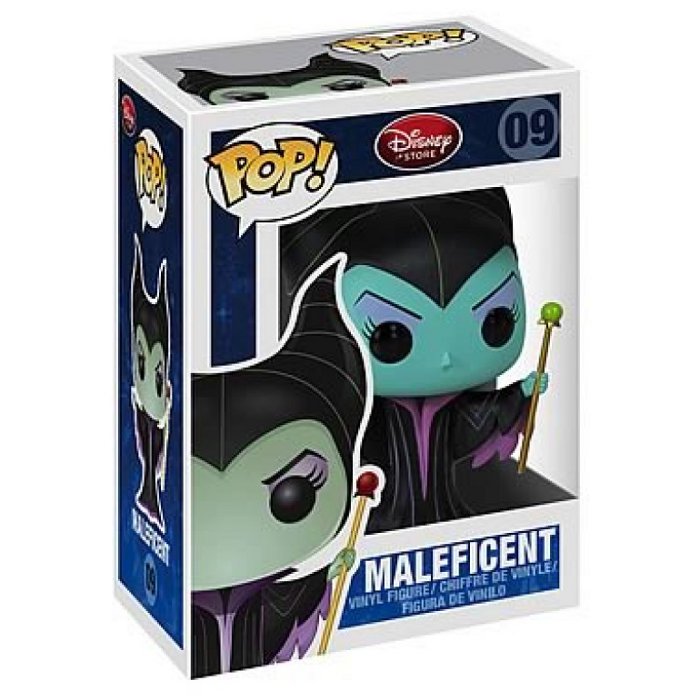