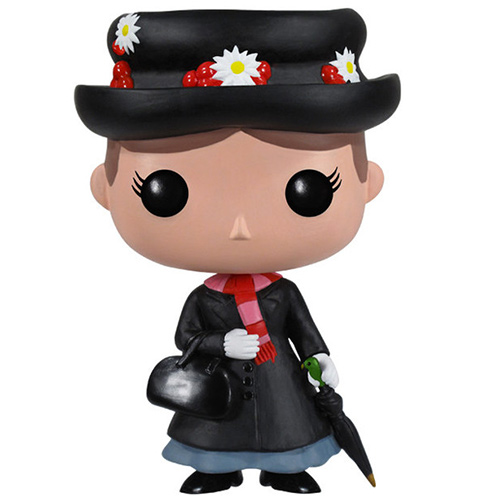 Mary Poppins is the heroine of the Disney Studios film Mary Poppins. This film is an adaptation of a novel by Pamela Travers of the same name. Released in 1964, it is one of the typical films of this period of Disney which mixes traditional film with some elements of animation. It tells the story of an English family, Mr Banks and his wife, who are looking for a nanny for their children. Many not so nice looking candidates show up but then one last candidate comes down from the clouds and creates a gust of wind that makes all the other candidates fly away. Mr Banks is impressed and decides to hire her. He soon realizes that she has unconventional methods, even using magic to deal with the children. In the end, when Mary Poppins thinks she has accomplished her mission, she flies away with her umbrella and leaves to face new challenges. 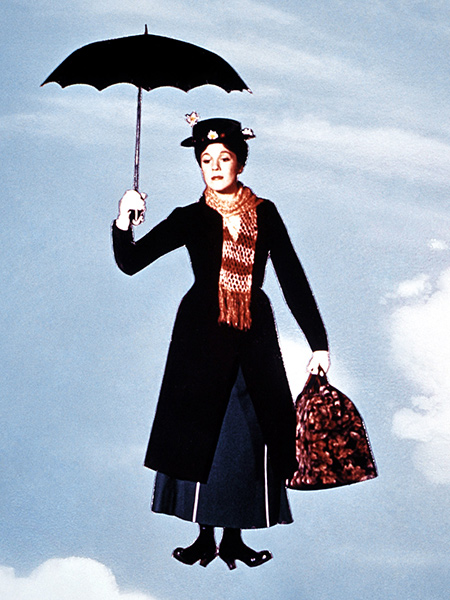 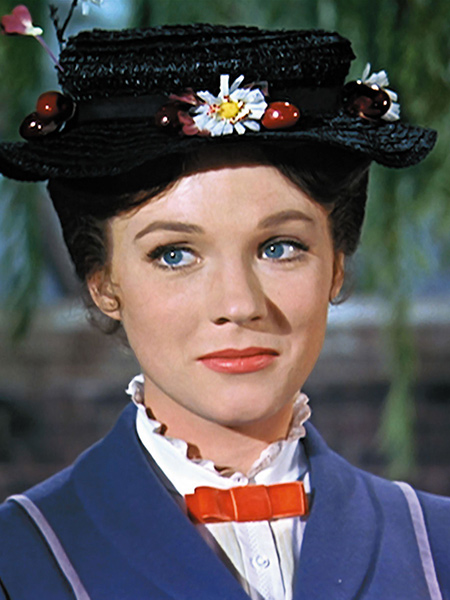 Funko decided to represent the character in the outfit she wears when she comes down from the sky and arrives at the Banks’ for the first time. We find this long black coat typical of an English nurse of the beginning of the 20th century worn over a long blue skirt. She wears white gloves and holds her purse on her right arm and her famous magic umbrella in her left hand. Around her neck, she wears of course her famous pink and red scarf. On her head, her face is very simple but she wears her famous black hat decorated with pretty colored flowers. Underneath, we can guess her brown hair in a typical bun of that time. 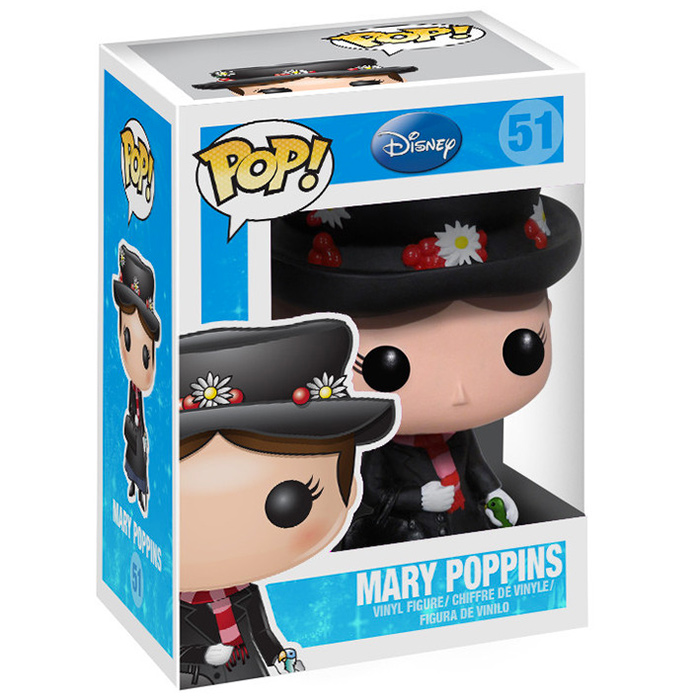