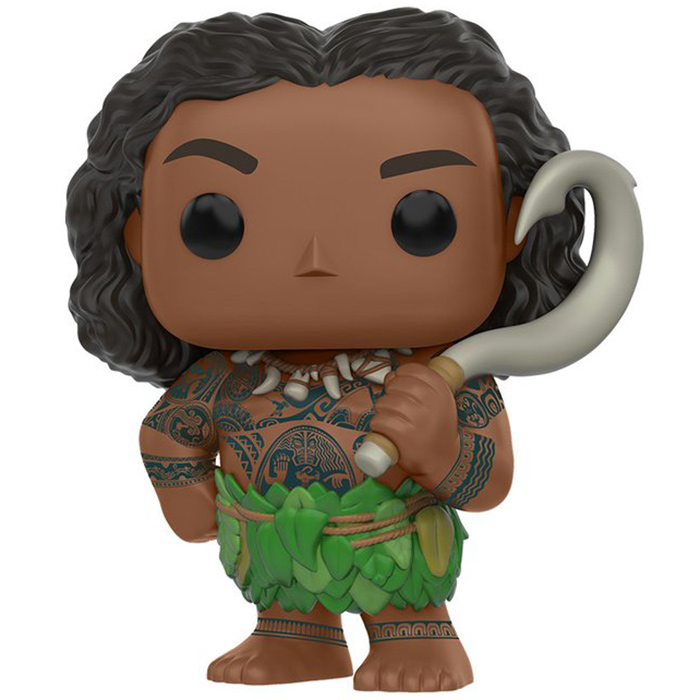 Maui one of the important characters in Moana, the new Disney Studios cartoon based very loosely on Polynesian legends. At the beginning of the film, Te Fiti, a Polynesian goddess creates life and then settles in the middle of the sea, taking the form of an island. Maui, a demigod comes to this island and steals its heart in the hope of fighting Te Ka, the lava monster. But the stone is lost during the fight. A thousand years later, little Moana finds the stone on the beach while collecting shells. A few years later, when she became a teenager, she realized that the island was dying, the fish were no longer coming near it and the trees were dying. She then decides to go there to reunite the goddess with her heart, encouraged by her grandmother, and despite the warnings of her father. For this mission, she will be accompanied by Maui, the demigod responsible for the catastrophe. 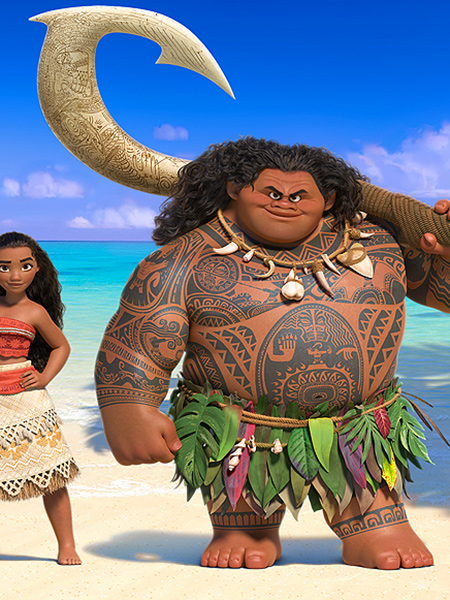 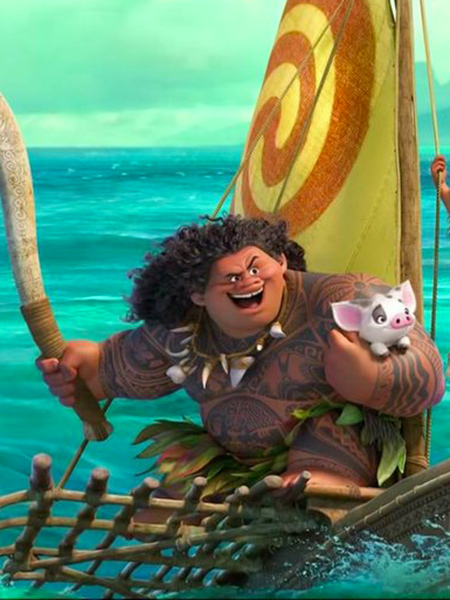 A god in Polynesian style

Maui was a Polynesian god, his appearance is in accordance with the beauty criteria of this region. He is thus tall, strong but also very fat with a prominent belly. On his torso, arms and legs, there are many polynesian tattoos slightly bluish and very finely reproduced by Funko. In terms of clothing, he wears only a leafy loincloth and a necklace of teeth. In his left hand, he holds the impressive hook that he doesn’t let go of throughout the film. On the head, his face is very simple but we can see the thick mass of brown and curly hair separated in two by a parting in the middle. 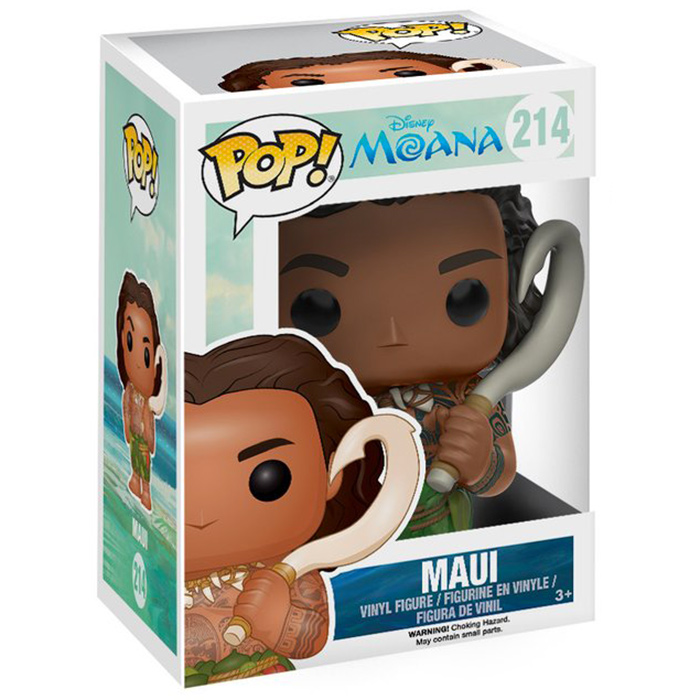