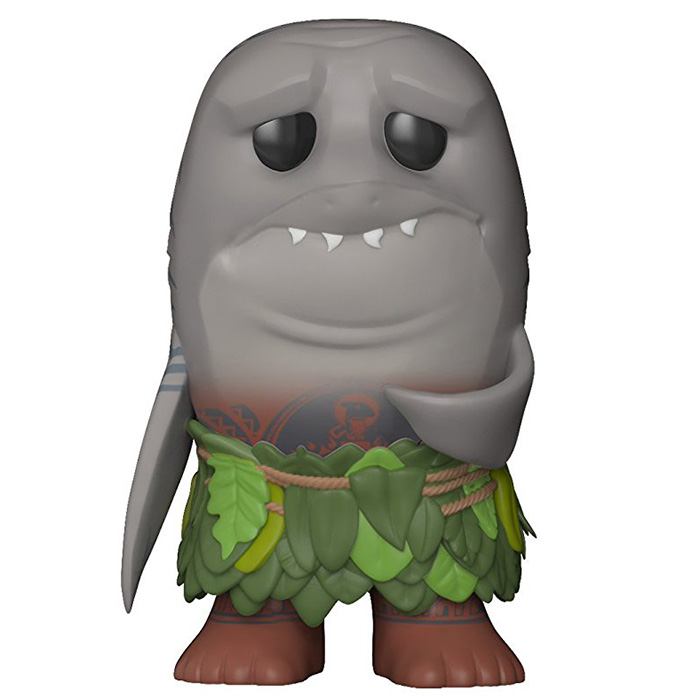 A mistake to fix

Maui is an important character in the Disney Studios cartoon Moana. This one is based on a Polynesian legend which tells that the creator goddess Te Fiti created all the islands of Polynesia thousands of years ago and that, satisfied with her work, she then dozed off in the sea, taking the shape of an island herself. One day, the demigod Maui tried to steal her heart and lost it in the sea. Thousands of years later, the islands are dying and Moana, daughter of the local tribal chief, thinks it is her duty to reunite the goddess with her heart when he presents himself to her on the beach. This one being the original cause of the problem, Moana asks for Maui’s help and he ends up accepting. Despite a complicated start, they eventually work well together and manage to reunite the goddess with her heart and restore the balance. 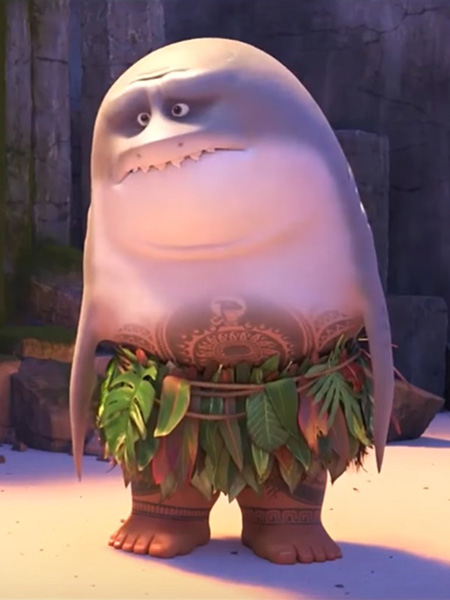 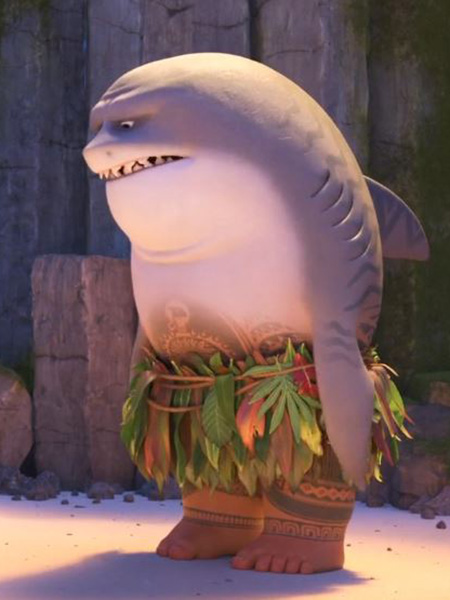 Along the way, his magic stick that allows him to change shape at will, goes awry and Maui finds himself taking on different forms that blend together. So for this Spring 2018 convention exclusive figure, Funko decided to depict Maui in one of these forms. Her lower body has her normal appearance: thick legs with brown skin and and covered in blue/black tattoos as well as a leafy loincloth for all clothing. On the other hand, his upper body is that of a shark with two large fins, a mouth with impressive fangs protruding from it, and large black eyes with a dejected expression. 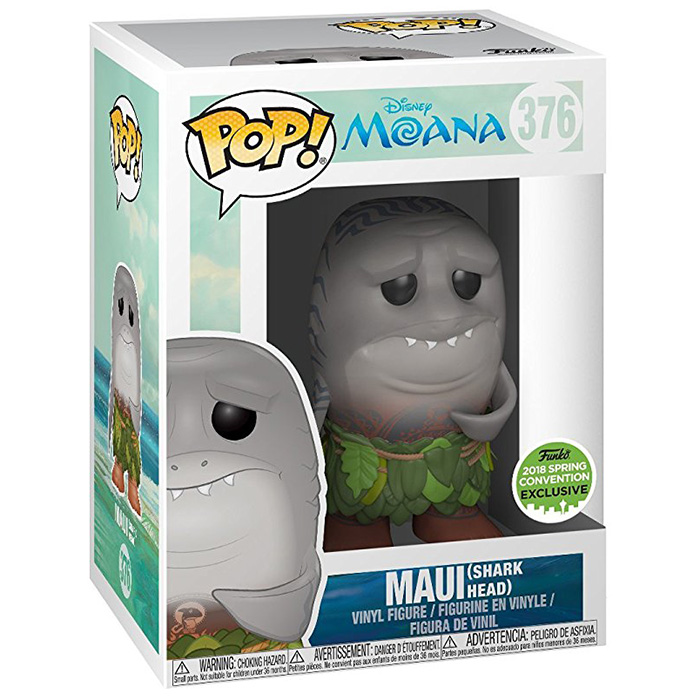