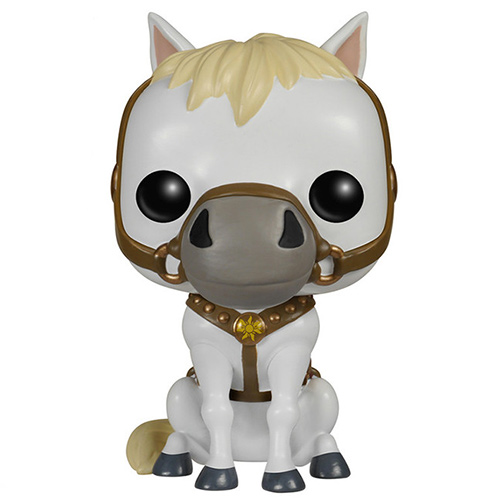 The Funko Pop Figure Pop Maximus (Rapunzel) Are you interested?

Maximus is one of the main characters in the Disney Studios cartoon Rapunzel. This animated film is loosely based on the Grimm brothers’ tale of the same name. At the beginning of the story, a king goes in search of a magic flower to cure his pregnant and very sick wife. He finds it and cures his wife, but this angers the witch who was using the flower to stay young. So when the queen gives birth to Rapunzel, the witch kidnaps the child to take advantage of the magical power of her hair and raises her as her own in a high tower with no stairs or way out. But at 18, Rapunzel wants to see the world and she gets the opportunity when Flynn Ryder, a burglar, takes refuge in her tower after stealing a crown from the castle. Maximus is the horse of one of the royal guards charged with finding the thief. And he takes his role very seriously, because even when he is separated from his rider, he will continue his mission. But when he finally finds Flynn, Rapunzel convinces him to leave him alone until Flynn can take him to see the lanterns that are launched each year on his birthday. As he gets to know them, Maximus will eventually become their ally. 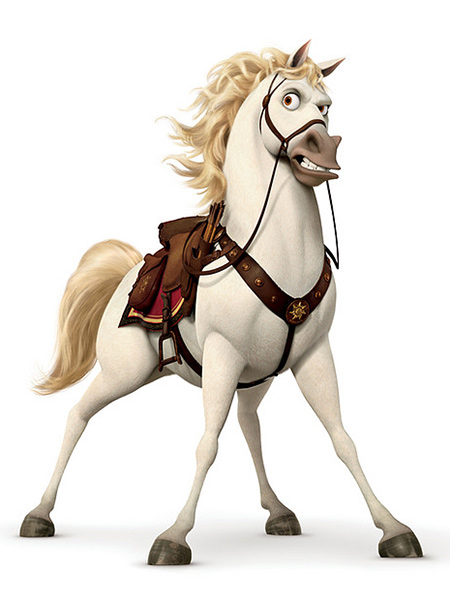 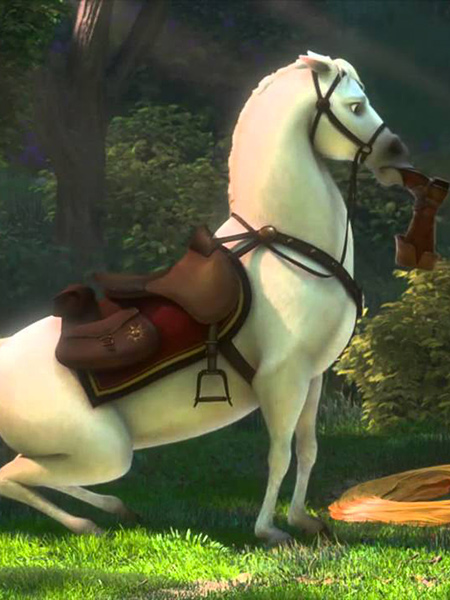 The horse with the dog attitude

Maximus is a beautiful white horse with a beige mane. Although he is very elegant, he often assumes dog-like attitudes, which gives him a comical side. So he is represented sitting on his buttocks like a dog, which also allows to better fit the proportions of the pop figures. Obviously, to be faithful to the character, Funko had to move away from the classic shape of the pop figures, especially for his head, his muzzle and his ears. As in the movie, his hooves and the tip of his muzzle are grey and the texture of his tail and mane is nicely reproduced. Being a royal guard, he wears a quality brown leather saddle and girths and the sun symbol, representing the kingdom, can be seen on his chest. Maximus is a particularly cute figurine that will look great in your collection with Rapunzel and Pascal! 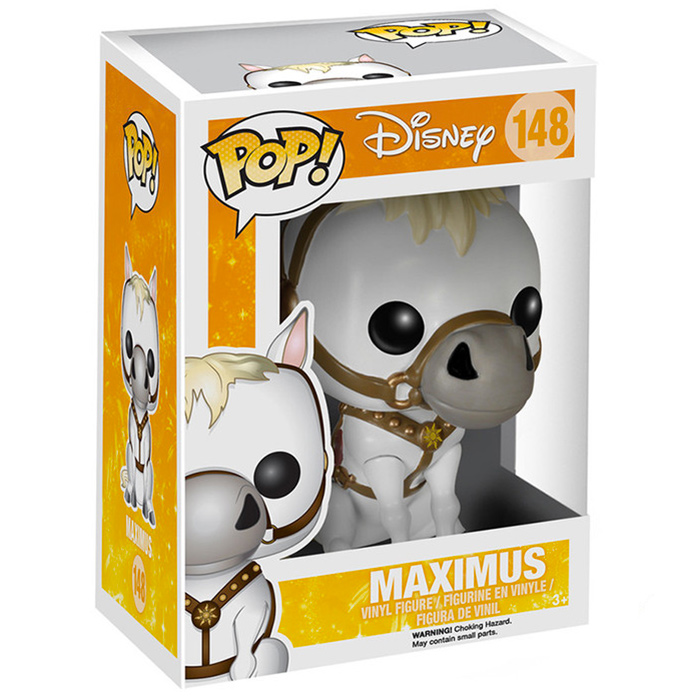 The Funko Pop figure Pop Maximus (Rapunzel) Are you interested?