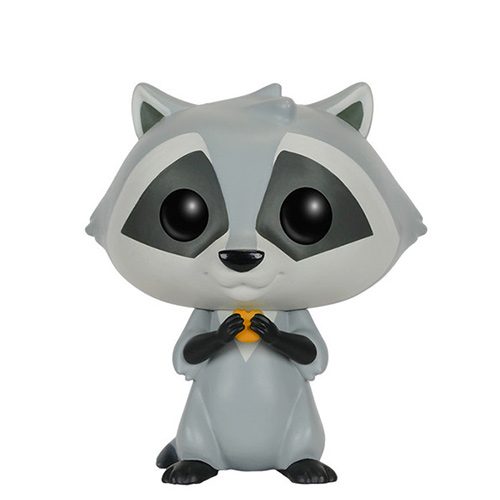 Meeko is the companion and confidant of Pocahontas in the Disney Studios cartoon of the same name. This one is loosely based on the real story of the character of Pocahontas. In the early 17th century, Captain John Smith and Governor Ratcliffe sail to North America in the hope of finding riches. Meanwhile, Pocahontas’ father wants her to marry a warrior whom she considers too strict and boring. When they arrive, the settlers begin digging for gold and quickly clash with Pocahontas’ tribe members. As Pocahontas spies some of these settlers, Meeko, her raccoon friend, approaches them. Pocahontas is afraid of being spotted, but against all odds, John Smith is very gentle with him. This makes her change her mind a bit about the white people. She then decides to go and talk with him and as they get to know each other, they start to fall in love. They will then try to stop the British settlers from fighting against Pocahontas’ tribe. 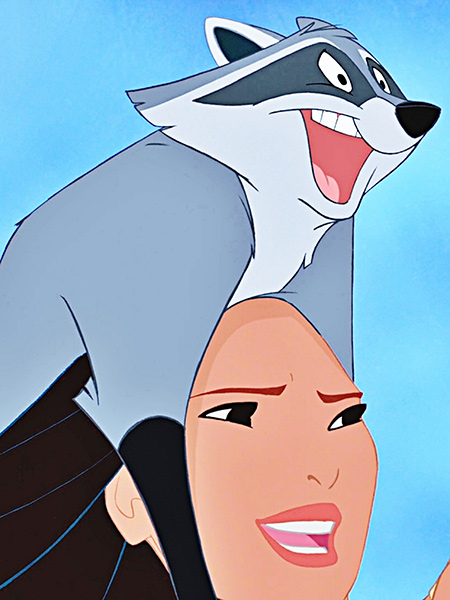 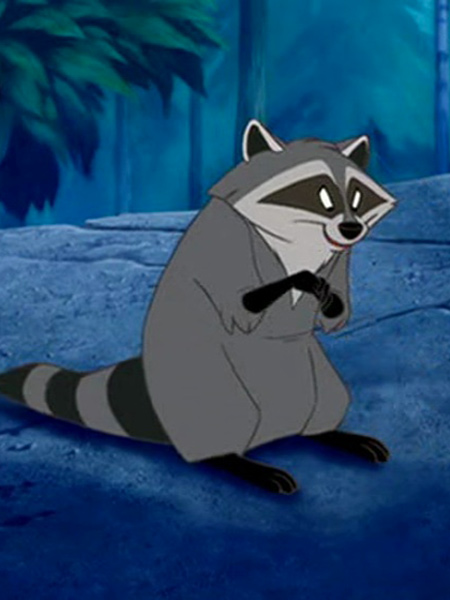 While Meeko is obviously the cute and funny character in the film, his relationship with Percy, the governor’s dog, is also symbolic of the relationship between the colonists and Pocahontas’ tribe. Meeko is represented here standing on his hind legs to better fit the classic proportions of pop figures. As in the cartoon, her body is light grey and the tips of her legs and tail are dark grey. In the movie, Meeko is very fond of John Smith’s cookies, so he is represented with one of them between his front paws. Funko has deviated a bit from the usual shape of the heads of the pop figures to stay faithful to Meeko’s. So we can see this light grey face with this kind of mask around his eyes, his little black muzzle and his mouth which seems to be smiling. We can also see the little tufts of hair on the sides and on the top of his head. Finally Funko did not forget his little ears on top of his head. This figurine is very successful and particularly expressive. 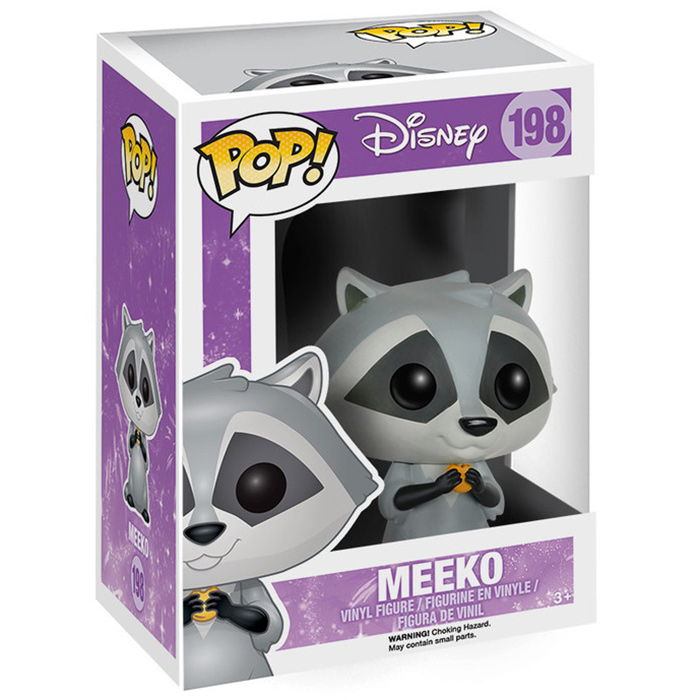