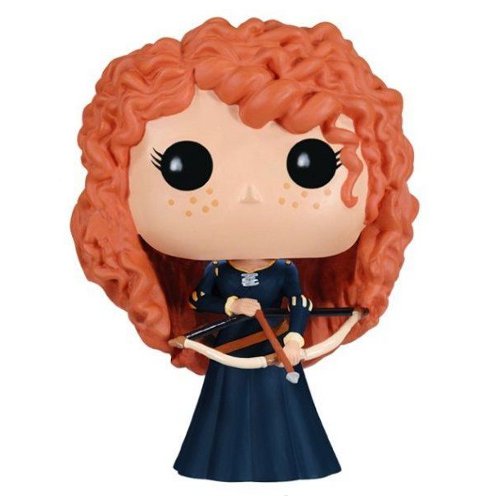 Princess Merida is the main character in the Disney/Pixar animated film Rebel (Brave in VO) released in June 2012. Merida is the daughter of the King of Scotland, but she is mostly an independent and somewhat “tomboyish” girl who has no desire to behave like a model princess. When her parents bring in the sons of the other Scottish clans to find her a husband, she decides to rebel and sets off a series of events that will put her entire family in jeopardy. And she is the only one who can prevent it all from ending badly. Merida is one of the rare Disney heroines for whom not only is the romance not at the center of the story (like Mulan or Pocahontas) but it is the only one for whom it is even totally absent. The themes of this film will be above all family and the will of a young girl to impose her will, to make her own choices and to define herself other than by the man she will marry. Physically she also stands out from the other princesses with her really wild hair and her round face. She also has a relatively robust physique that is more human and in keeping with her activity: we see her archery, horseback riding and climbing mountains! 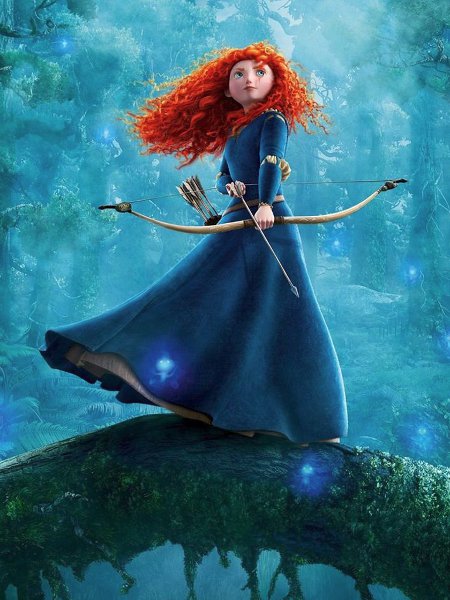 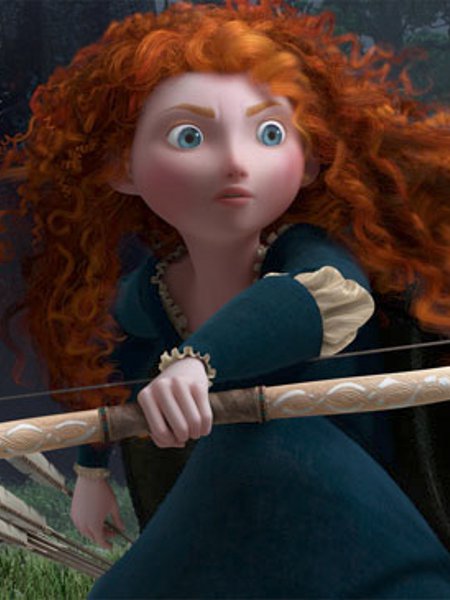 A princess ready to draw

On this figure, the princess is shown with the outfit she wears during most of the movie. It’s a simple dress, quite loose and comfortable, adapted to the life of an active young girl, which contrasts well with the one her mother will force her to wear the day she meets her suitors. All the details are present: the small lacing at the collar, the openings at the elbows and shoulders and the yellow tunic worn underneath. If there is a face that could be represented as a pop figure, it’s Merida’s since it’s already very close to this shape in the cartoon. All we had to do was add her pretty freckles and that’s it! It was difficult to make a hair as wild as the original one but here again, the creators of the figurine did it well! The big lock of hair that falls in front of the eyes as well as the others of various sizes produce a rather convincing effect and the color seems perfect. And of course, the figure’s designers didn’t forget Merida’s characteristic detail: her bow. She doesn’t just hold it like a common accessory, but she’s about to draw it. 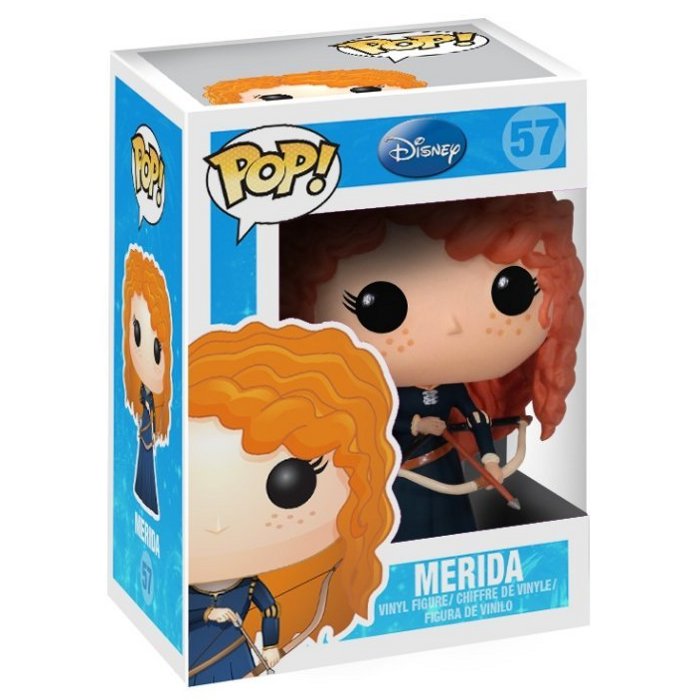