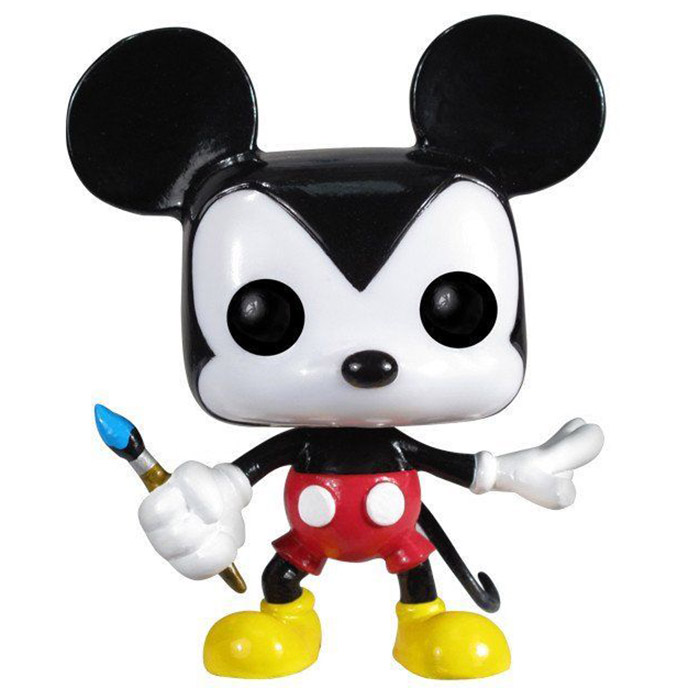 The Funko Pop figure Mickey Pop with paintbrush (Disney) Are you interested?

Mickey is one of the first characters created by Disney and by far the most famous. He was part of many animated shorts and features or series and in 2010, he is the hero of the game Epic Mickey. In his game, Mickey passes through a mirror and finds himself in the world of the wizard Yen Sid creating the first Disney characters. Taking advantage of his absence and also tempted to create characters, he picks up his paintbrush and accidentally creates the terrible Black Ghost. Years later, while Mickey is enjoying glory in his world, he is sucked back into the wizard’s world and finds that the ghost has devastated everything. He must then set to work to help him restore everything and repair his mistakes. 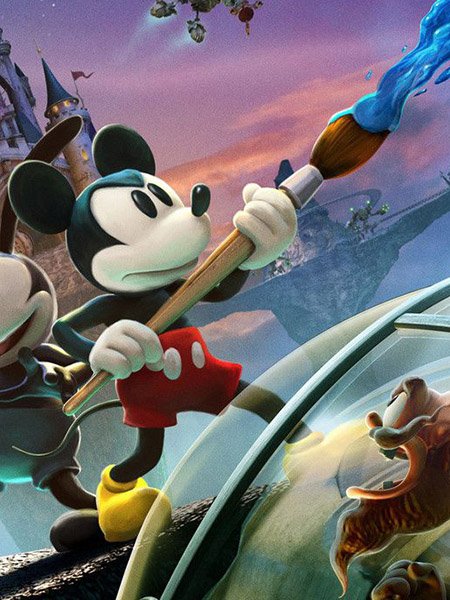 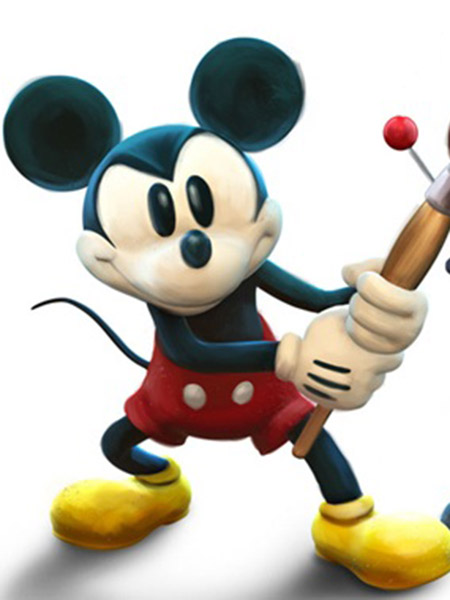 On this figurine, the famous mouse is represented with his usual outfit: red shorts with buttons and big yellow shoes. He wears his usual white gloves and of course we find his little black muzzle and his two big characteristic ears. Finally, as in the game, he holds the famous brush that created the ghost but also the one that will allow him to fix his mistakes. As on the game cover, the brush has been dipped in blue paint. 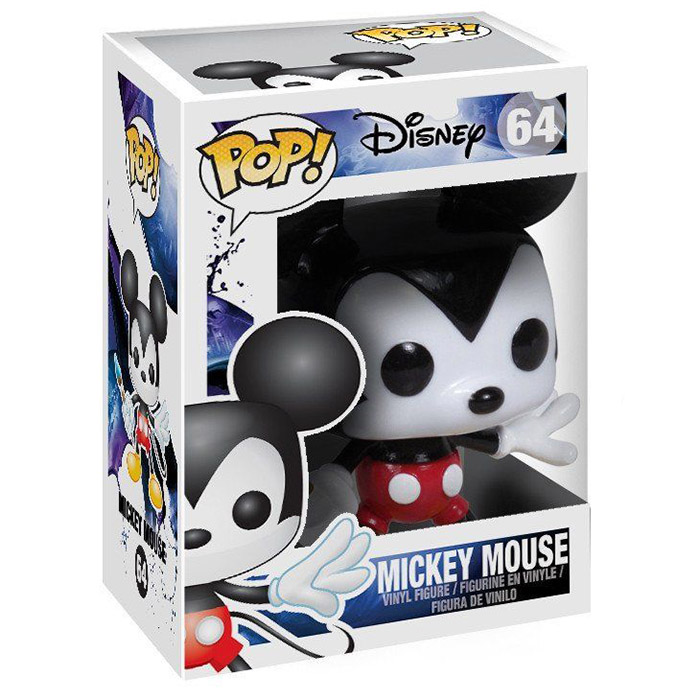 The Funko Pop figure Mickey Pop with paintbrush (Disney) Are you interested?