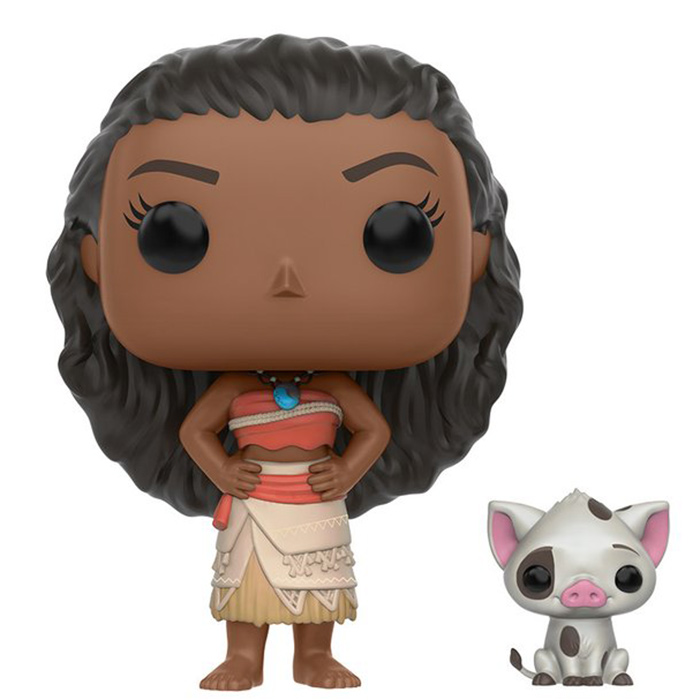 The Funko Pop figure Moana and Pua Pop (Moana) Are you interested?

Moana (Vaiana in French) is the heroine of the new Disney Studios film of the same name, based very loosely on Polynesian legends. Moana is a Polynesian teenager, daughter of a tribal chief and future chief of the tribe itself. When she was still a little girl, Moana found a stone on the beach that turned out to be the heart of the island Te Fiti, a goddess who had taken from an island after creating life around her. A thousand years earlier, the heart of this island had been stolen by the demigod Maui to fight a demon, but the stone was lost in battle and the island became cursed, devoid of all life. As a teenager, when she realizes that all life on the island is dying, with the fish no longer coming near and the coconuts rotting on the tree, she decides, encouraged by her grandmother, to try to reunite the goddess with her heart. For this, she will also need the help of Maui, the demigod responsible for the whole catastrophe. Throughout her adventure, Moana is also accompanied by Pua, an adorable little tamed pig. 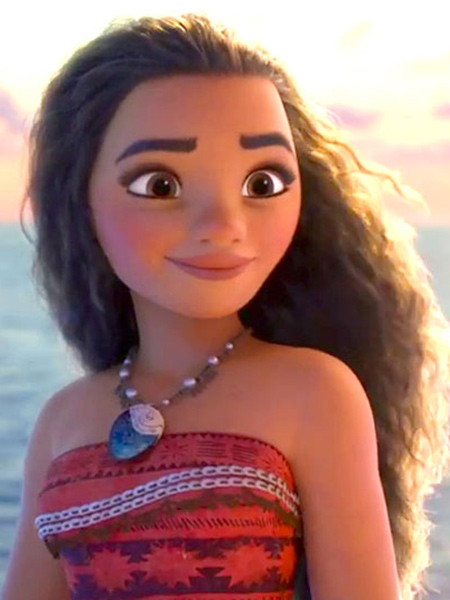 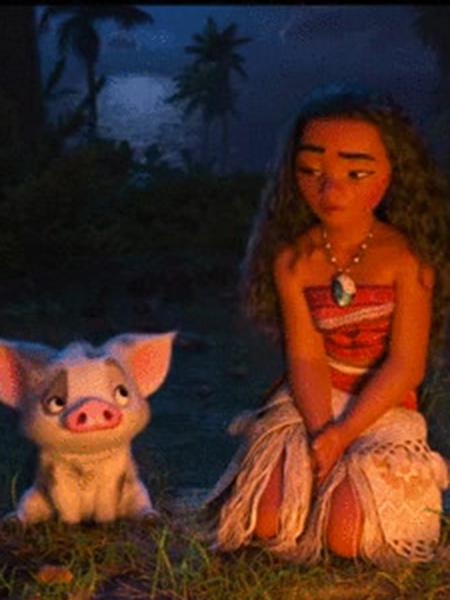 Moana being a young Polynesian, her appearance is logically adapted to this fact. Her brown skin and her relatively light clothes are well represented. She wears a skirt reaching mid-calf and including several layers of different fabrics whose details are very nicely represented on this figure. On top, she wears a wide orange fabric band that matches her belt. Around her neck, she wears a necklace with a blue stone. At the head level, her face is quite simple but we can see her thick brown curly hair brought back to her face. This figurine is also accompanied by a small figurine of Pua, the adorable little pig who accompanies him throughout the film. This one is mainly white with some brown spots and his snout and big pink ears giving him a particularly cute look. 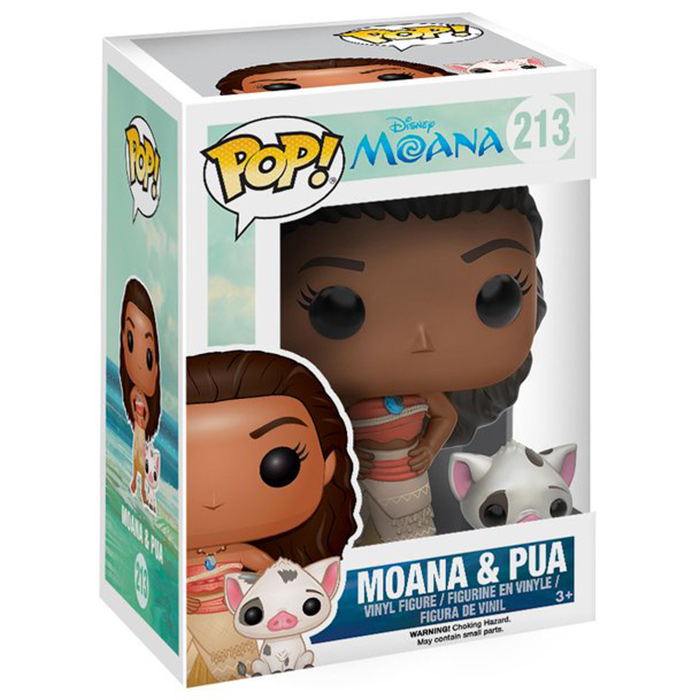 The Funko Pop figure Moana and Pua Pop (Moana) Are you interested?