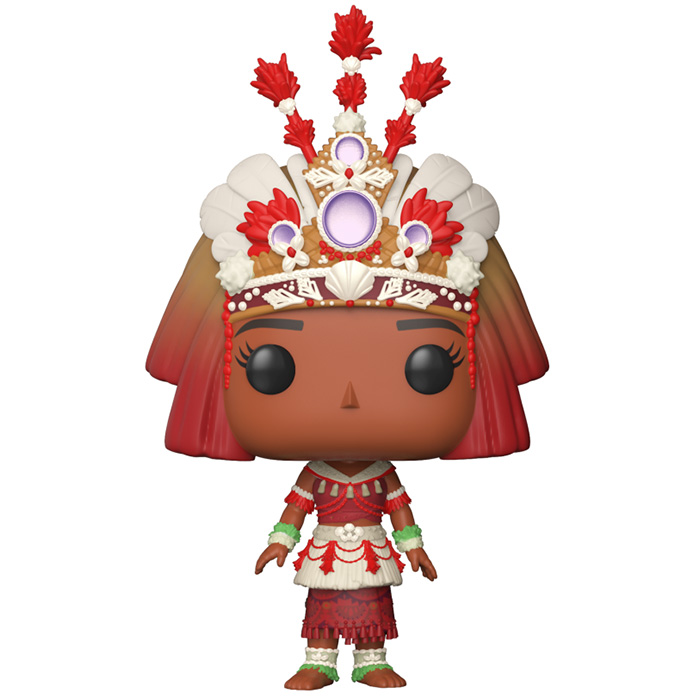 Moana is the daughter of a Polynesian tribal leader in the cartoon Moana (Vaiana in French) in the film Moana of the same name. Thousands of years ago, the demigod Maui stole the heart of the creator goddess Te Fiti and now her islands, including the one on which Moana lives, are dying. Moana, having found the heart on the beach, thinks it is her mission to reunite the goddess with her heart. But her father doesn’t agree. Moana is the future chief of the tribe and going to sea is very dangerous. But despite his prohibition, she decides to go anyway. With the help of the god Maui, Moana will carry out her mission and restore the balance on the small islands of Polynesia. Once back home, Moana participates in a ceremony and accepts to become chief of the tribe while convincing her father that their people must return to the sea. 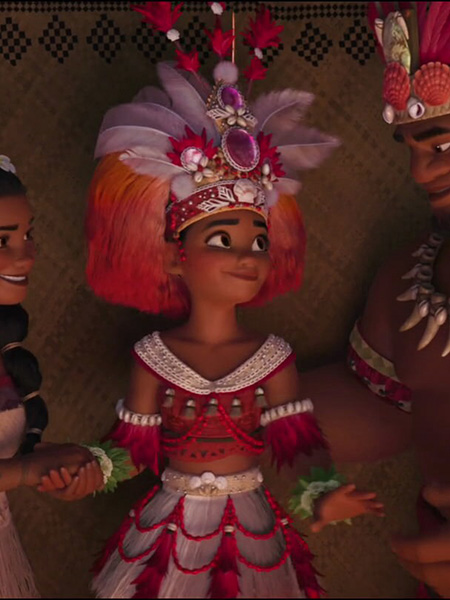 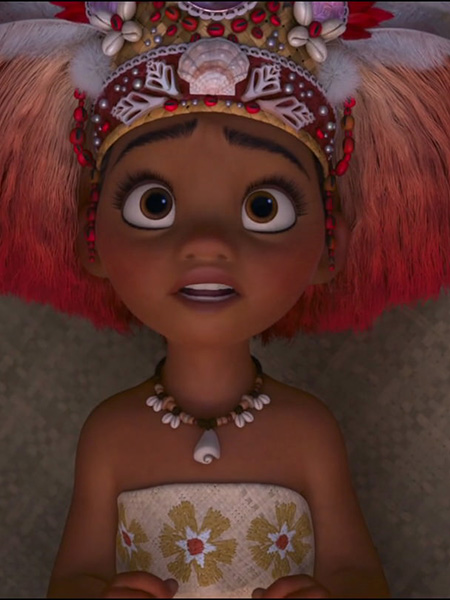 For this superb figurine, Funko has represented Moana in her ceremonial outfit with many details. She wears a double loincloth, one red with black patterns and the other shorter with white straw fringes. With this she wears a matching top as well as many ceremonial ornaments: flower bracelets on her legs and arms as well as necklaces of pearls or shells. On the head, we find the impressive ceremonial headdress made of colored fringes, white and orange feathers as well as flowers and purple gems. 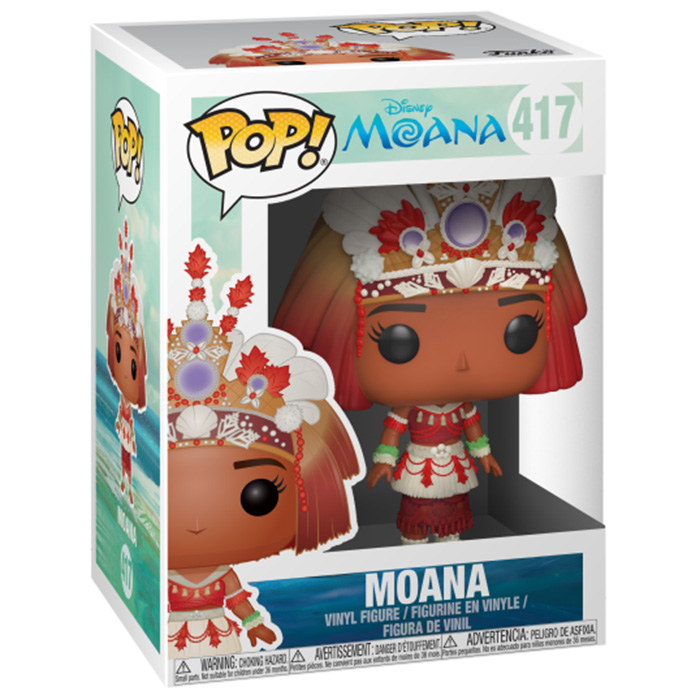