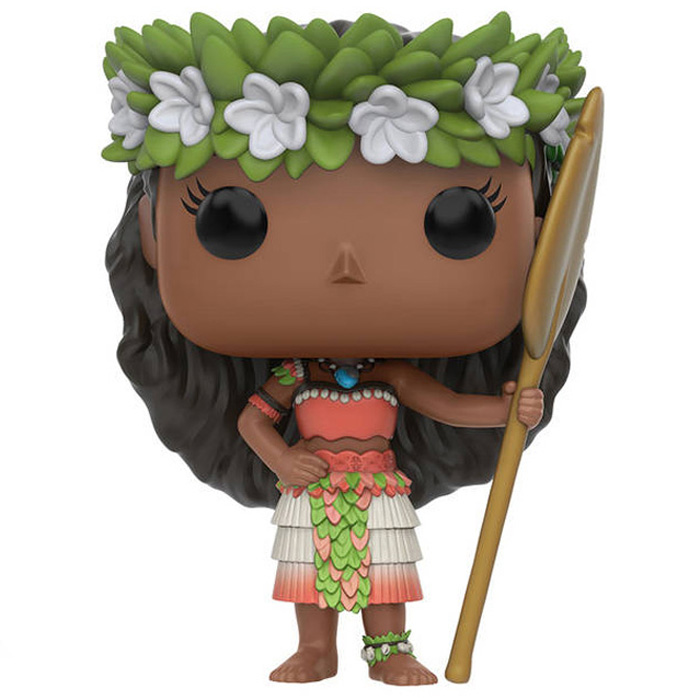 Moana takes to the sea

Moana is the intrepid heroine of the Disney cartoon of the same name. This young Polynesian woman is the daughter of a tribal chief, herself destined to become a tribal chief when she is old enough. Although she lives on an island, her father has always prevented her from going out to sea further than the island’s outskirts, insisting that the nearby island is cursed and dangerous. However, when the fish disappear and the coconuts die in the trees, her grandmother reveals to her that the stone she found as a child is the heart of the goddess Te-Fiti, which has taken the form of an island. Against her father’s advice, Moana sets sail and tries to restore the balance. 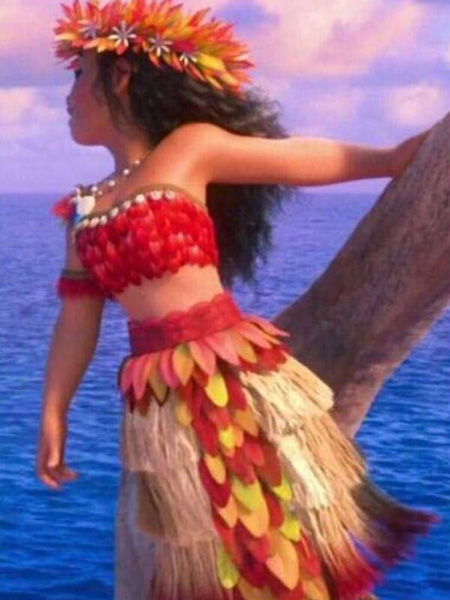 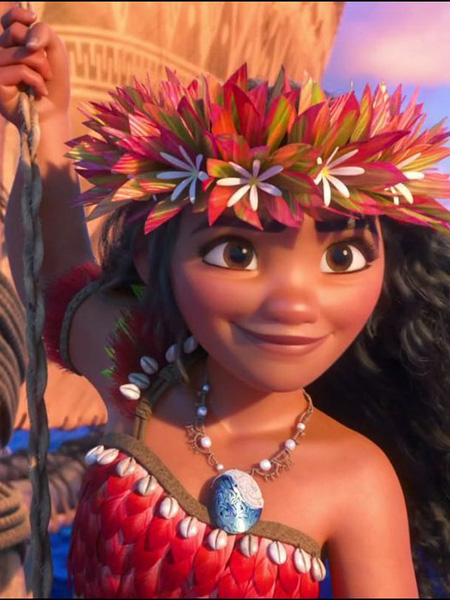 At the end of the movie, Moana’s father finally agrees to let Moana go to sea more often, so she is shown in her traveling outfit on this Walmart exclusive figure. Her outfit is still in the same colors as her previous outfit with a sleeveless top revealing her belly and a ruffled skirt with a band of leaves on the front. On her head, she wears a large crown of flowers on her long black curly hair. She also wears several pieces of jewelry and a flower anklet and holds a paddle in her hand. 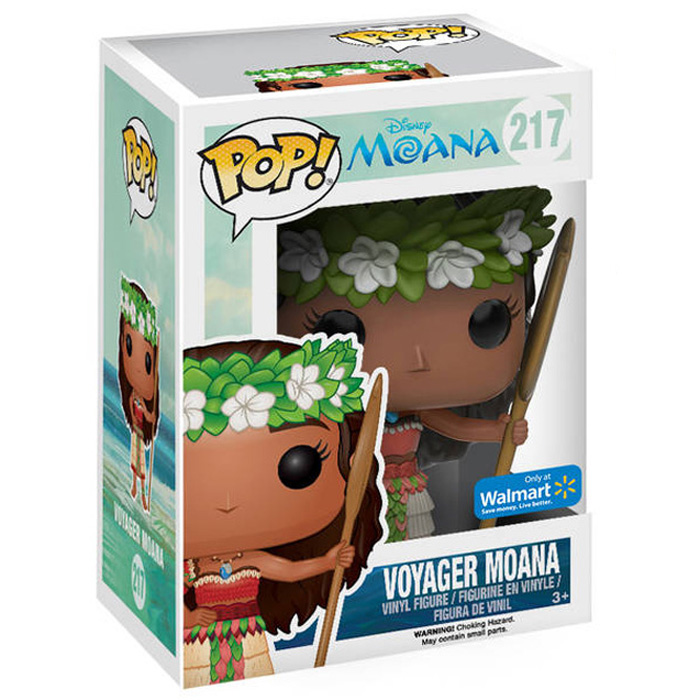