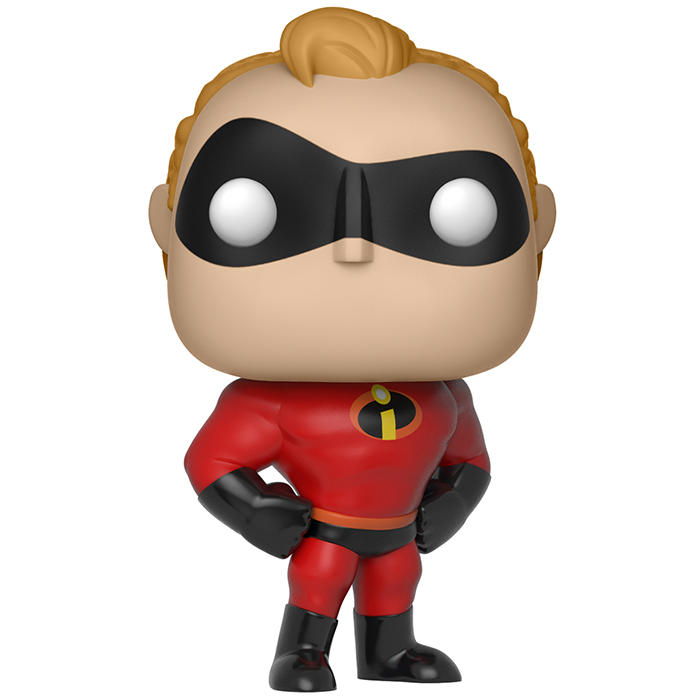 Mr. Incredible is one of the heroes in Disney Pixar Studios’ Incredibles 2 and thus the sequel to the first film of the same name. He is the father of a family of superheroes whose members have superpowers but unfortunately superheroes are not really welcome anymore after one of them caused a disaster, so most of them live in hiding. In the second, while his wife Elastigirl tries to re-legitimize superheroes, Mr. Incredible is looking after his three children. But a new super villain named Screenslaver comes to town and Mr. Incredible’s super strength may be needed again to fight him. 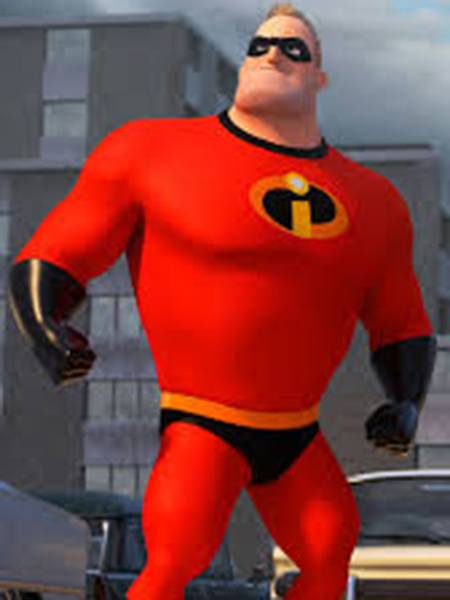 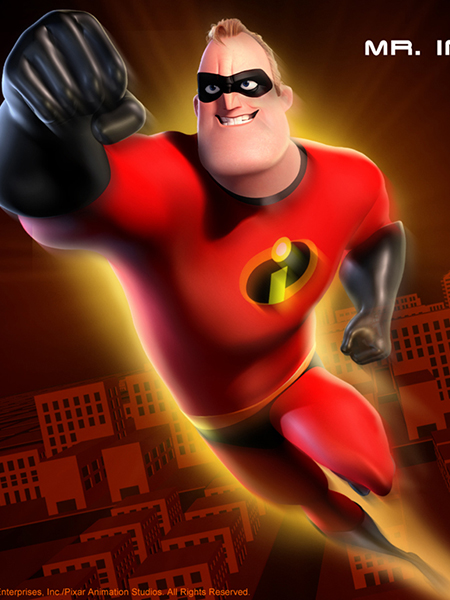 On this figure, Mr Incredible is of course represented with his famous superhero costume. This one is a tight red jumpsuit with underwear, gloves and black boots. On his exaggeratedly muscular torso, we find the logo of his superhero name, a yellow “i” on a black background. On his head, we find his minimalist nori mask, his massive head and his funny little puff of blond hair on the top of his head. 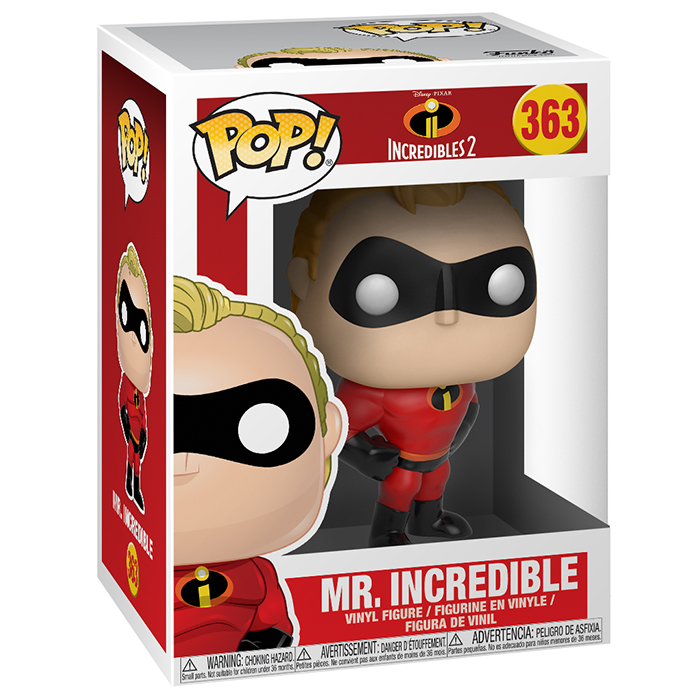