Mrs Potts and Chip Pop Figure (Beauty And The Beast) 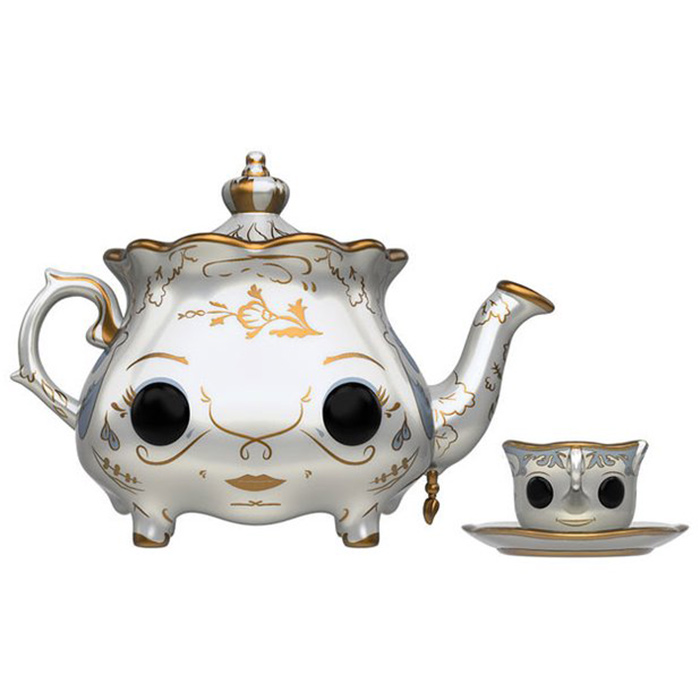 The governess and her son

Mr. Potts and his son Chip are two secondary characters in the film Beauty And The Beast. This film is the latest in a series of films produced by Disney Studios being adaptations of some of their most popular cartoons. In this story adapted from a classic tale, the story is told of an arrogant young prince who, after insulting an old woman who happens to be a witch, finds himself cursed. He is turned into a hideous beast and the other inhabitants are turned into objects. Mr. Potts was the governess of the castle and even today she takes her role very seriously. She is almost always accompanied by her son Chip, who has been turned into a teacup with a broken corner. When the sweet and intelligent Belle arrives at the castle to try to free her father imprisoned by the Beast, the inhabitants of the castle see the possibility of being freed from their fate. Indeed, the Beast seems to be attached to her and the witch had predicted that the Beast could only return to his human form if he were to fall in love with a woman. 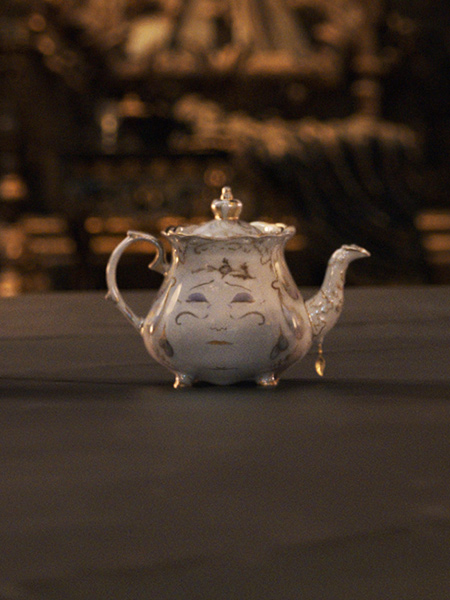 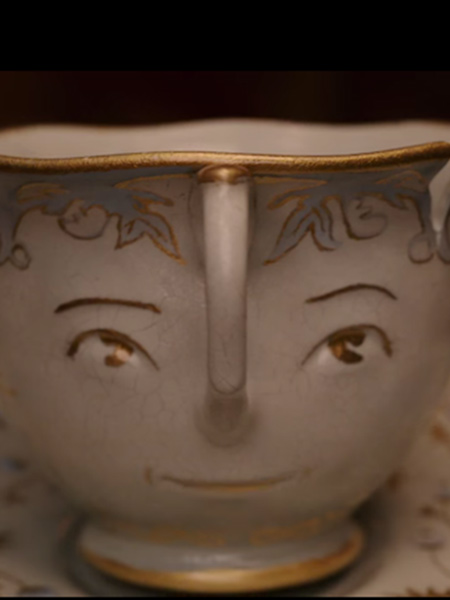 As in the cartoon, Mr Potts has been transformed into a teapot. Like the other objects in the castle in this movie, Mr Potts has a very decorated baroque look with lots of gilding. It stands on four legs, has a beautifully crafted and detailed handle and a lid with a ball that looks like it has a bun. On the front of the teapot, there are the usual black eyes of the pop figures and the rest of her face is drawn in gold. As in the cartoon version, Mr Potts is accompanied by his son Chip. He is a little cup in a saucer. He is decorated in the same style as his mother with big black eyes and a golden mouth, but his nose is made of the handle of the cup. As in the cartoon, we can see that it is chipped on one side. 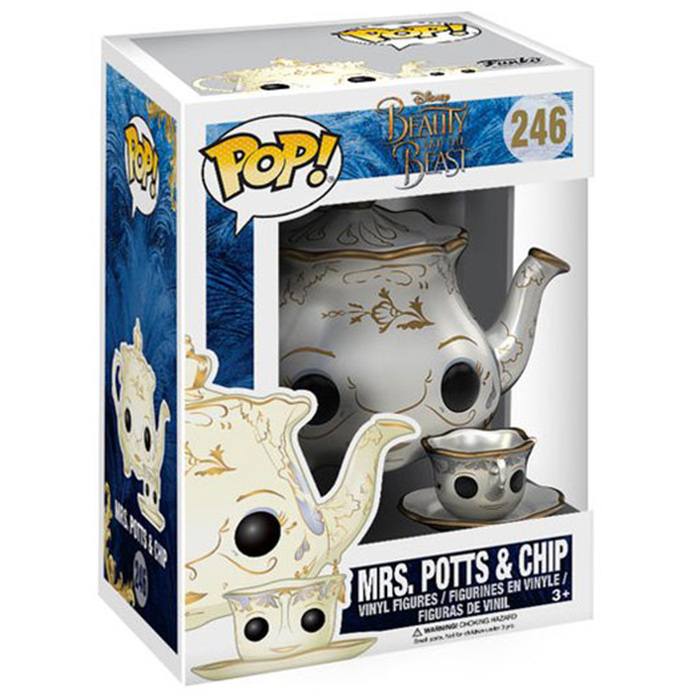 Pop Lady figure with The Tramp