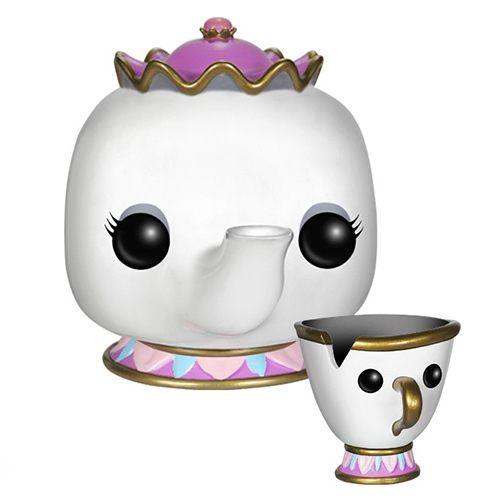 The stove transformed into a teapot

Mrs. Samovar (Mrs. Potts in the original version) and Chip are characters in the Disney cartoon “Beauty And The Beast”, adapted from the classic tale of the same name. It tells the story of a young and handsome prince who, one winter evening, was visited by an old woman asking him for shelter in exchange for a rose. The prince, disgusted by the old woman’s appearance, laughed and pushed her away. She then transformed herself into a beautiful creature and cast a terrible spell on him and the whole castle. He was turned into a hideous beast and all his servants into objects. Only if he could love a woman and be loved in return in that guise could the spell be broken. His cook Mrs. Samovar and his son Chip are thus transformed into a teapot and a cup respectively. When the sweet and intelligent Belle arrives at the castle, the servants see a chance for The Beast to find love and for them to finally return to human form. 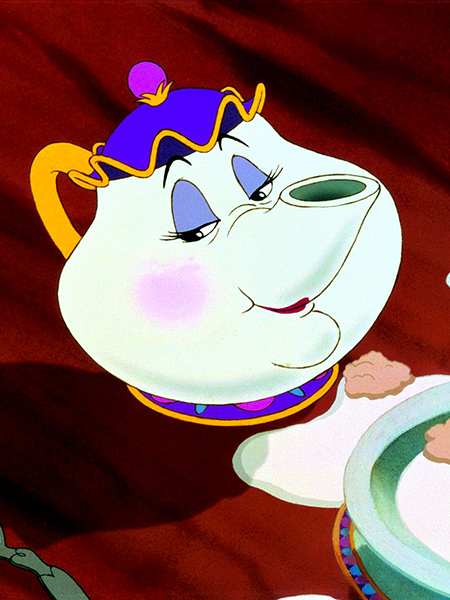 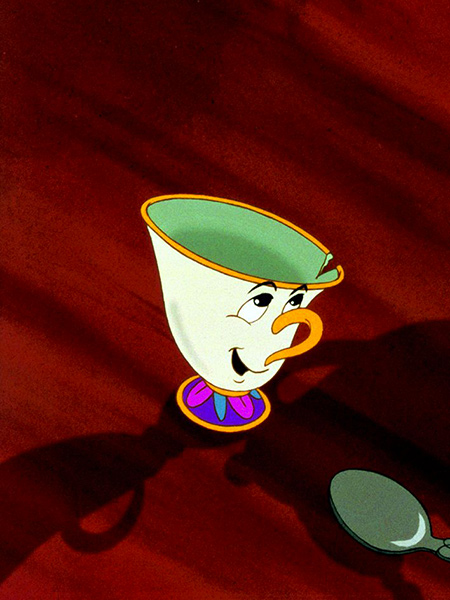 Mother and son in tea set

When the spell is cast on the castle, the servants are transformed into objects but not randomly. Their form and function seems to be in keeping with the physical appearance and role each person had before the transformation. This is notably the case of Mrs. Samovar who was the cook of the castle, and a small round lady. She thus becomes a pretty round teapot accompanied by her son, a small chipped cup. For Mrs. Samovar, Funko decided to give her the classic shape of the heads of the pop! figures, but of course, without the body that goes with it. Of course, we find the spout that serves as her nose as well as her lid that reminds us of the cook’s hat. The decorative details of the foot are also nicely reproduced. For Chip, Funko was perfectly faithful to the appearance of the character from the movie. We can see the decorative elements matching his mother’s, the golden handle that serves as his nose and the small chipped piece on the side. These two figurines make an adorable set to match with Lumière the candlestick, Big Ben the steward, and of course Beauty and the Beast! 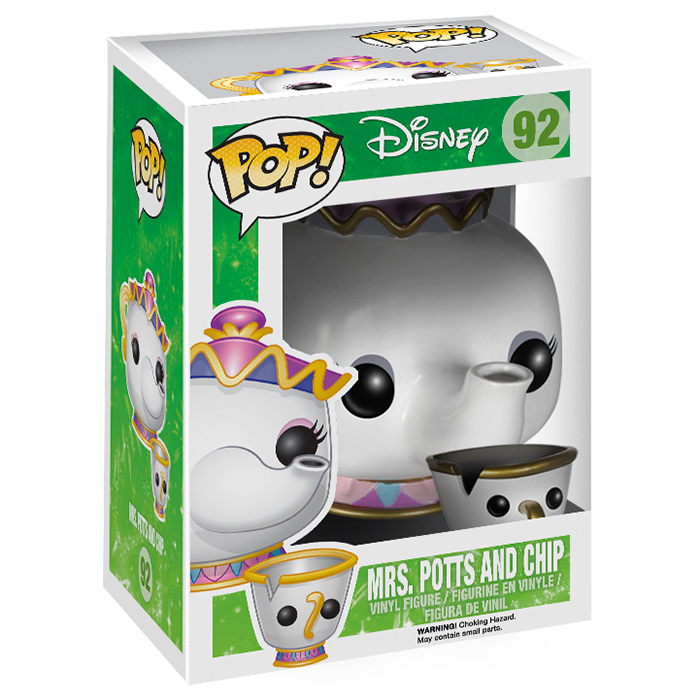