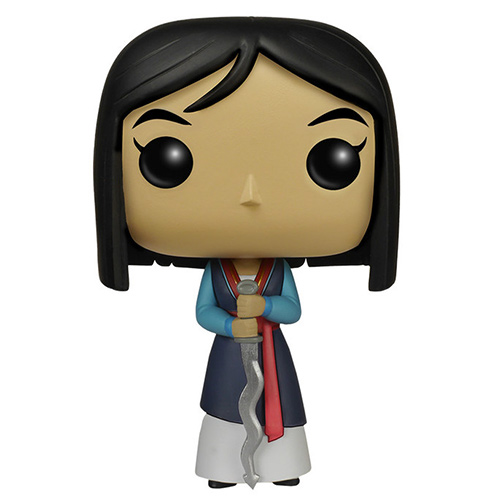 Mulan is the main character in the Disney Studios animated film Mulan. Released in 1998, this film is freely inspired by a Chinese legend. It tells the story of Mulan, a young girl who decides to pretend to be a man in order to take the place of her old father when he is called to join the army to fight the Huns. Indeed, Mulan is not an ordinary young girl, she has difficulty in complying with the traditions and rules that are imposed on her. Seeing the summons of her father, old and walking with a cane, as a death sentence, she cuts her hair, takes her old armor and goes to the camp where she must follow her training. If it is very difficult at the beginning, she will end up making friends and improving to the point of attracting the attention of young captain Chang. She will also be helped throughout her mission by Mushu, a small dragon sent by her ancestors to protect her. But once the training is over, she will have to repel the Huns who are trying to invade China. 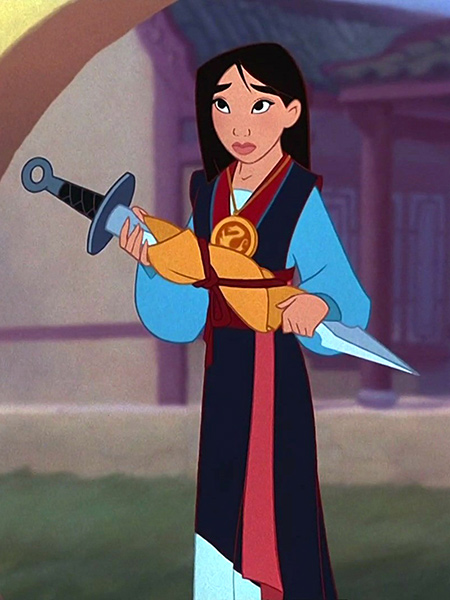 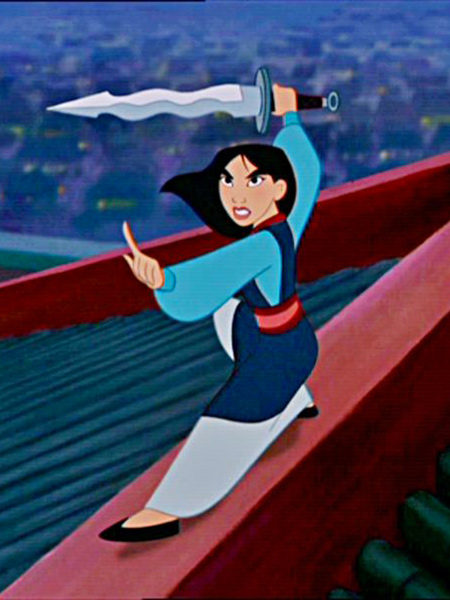 In the cartoon, Mulan can be seen wearing three different outfits: the one she wears at the beginning, her armor, and then the one she wears throughout the end of the film after it is discovered that she is a woman. Funko chose to represent her in this third outfit, precisely at the moment when she returns to her father’s house after having saved the emperor and prevented the invasion of the Huns. We find this traditional Chinese outfit with the different layers of blue, turquoise and white as well as the red belt. As in this famous scene Mulan holds in her hands the sword so characteristic of the Terrible Chan Yu as well as the medallion offered by the emperor as a sign of thanks for his heroic conduct. His face is simple, but his thick eyebrows are enough to make him particularly expressive. His haircut with the little lock on his forehead makes the figure very recognizable and particularly cute. 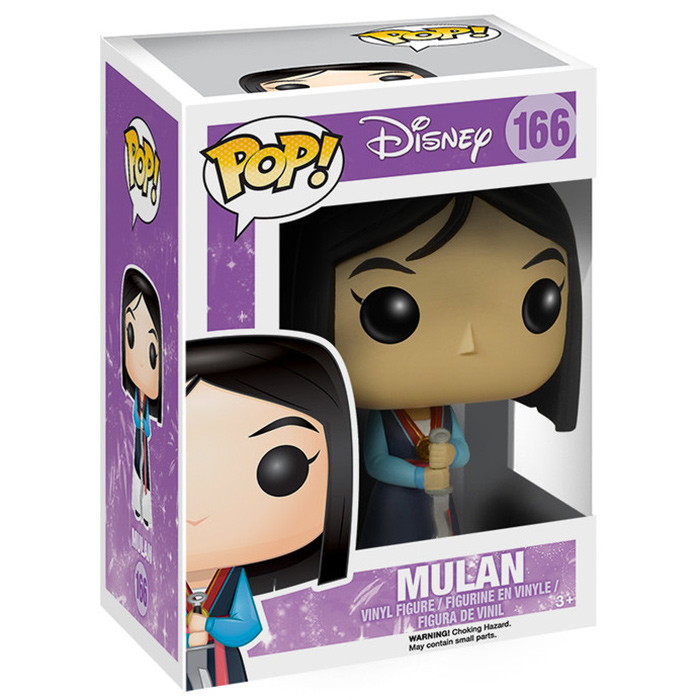 Pop Joy figure (Inside Out)