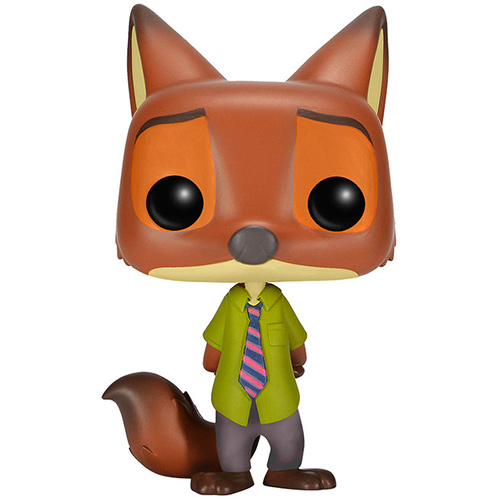 Nick Wilde is one of the main characters in Zootopia, the Disney Studios cartoon set in an animal world. Indeed, in this story, humans seem not to exist and animals have evolved differently. They have a society close to that of humans with cities, villages and a developed technology. They speak like us and walk on their hind legs. The heroine of the film, Judy Hopps is the first rabbit to graduate from the police academy. At first, she is thrilled to be joining the police station in downtown Zootopia. But she soon finds out that she is not taken seriously when she is assigned to parking enforcement. Nick Wilde is a fox who she meets in a shop where her son is refused ice cream because he is a fox. She then goes to his defense despite the antagonism that has always existed between foxes and rabbits. Back at the police station, she crosses paths with an otter who has come to report her husband missing. When she is not taken seriously, Judy decides to investigate to prove her worth as a real policewoman. Back on the street and with no one to help her with her investigation, she runs into Nick Wilde again and realizes that he is in fact a con artist. She offers to help him in his investigation in exchange for his freedom. He will accept and an improbable friendship will end up being born between them. 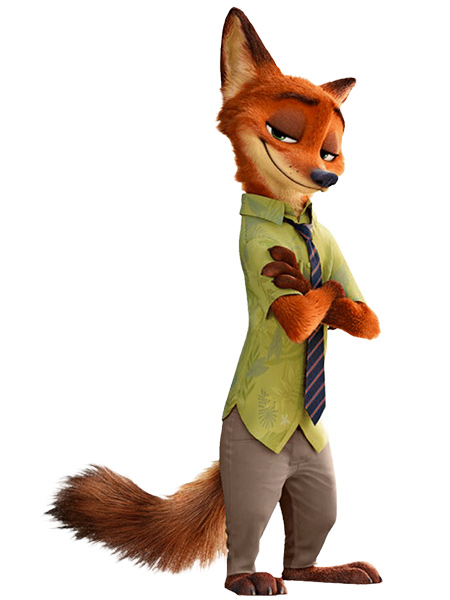 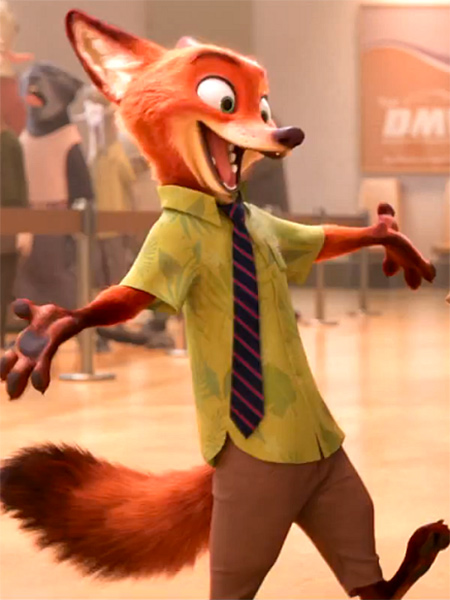 Like all the other animals in Zootopia, Nick Wilde walks on his hind legs, so that’s how Funko has represented him. As in the movie, he wears a costume that makes him look like an honest worker. The suit consists of grey pants, a green short-sleeved shirt and a striped tie. Like Judy, his front and back legs stick out and he is not wearing any shoes. His thick fox tail is also protruding and the colour gradient from black to red is nicely reproduced. On the head, we find the classic shape of the pop figures with just a coat effect on the sides and his nose which is represented in relief. The pattern around his eyes is very nicely represented and gives him eyebrows which makes him particularly expressive. Finally, Funko has of course represented his two big fox ears on the top of his head. 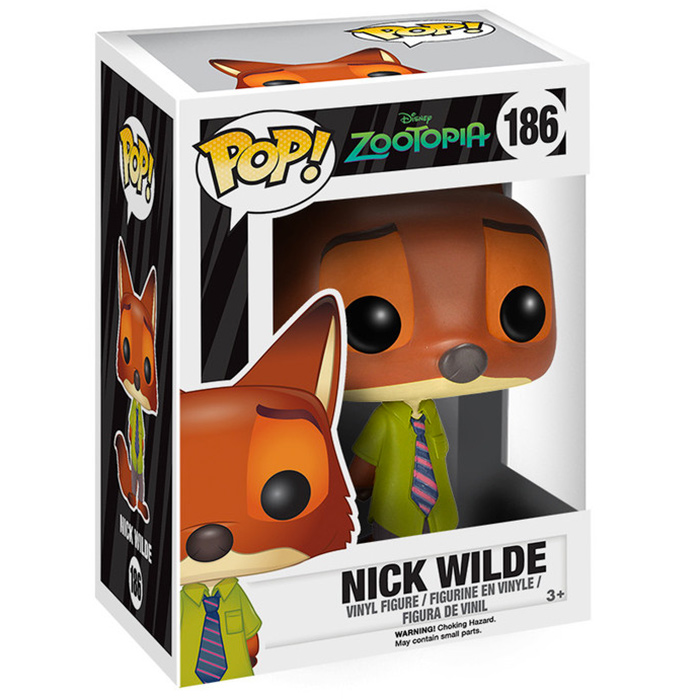