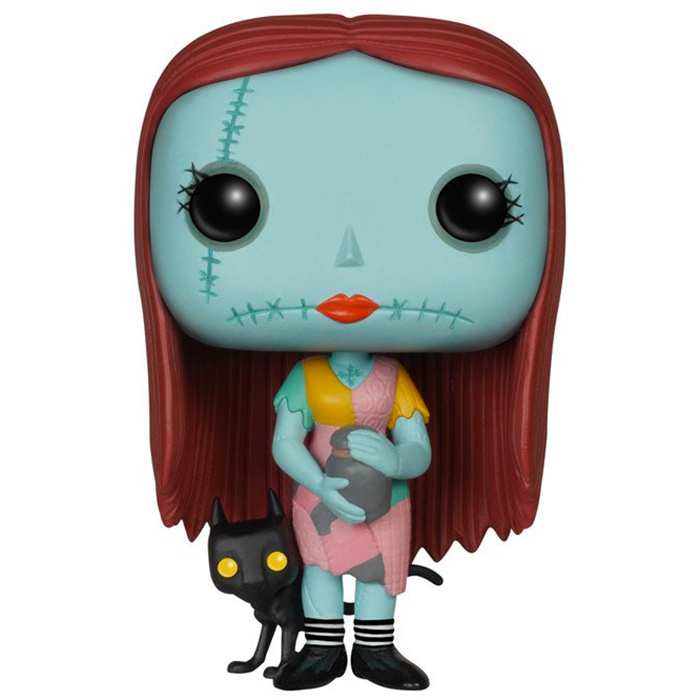 Sally is one of the main characters in Tim Burton’s famous stop motion cartoon The Strange Christmas of Mr. Jack. This cartoon takes place in the town of Halloween. Jack, a living skeleton, is the leader of the Halloween festivities but this year he is feeling a little down. During a walk in the forest, he discovers by chance the town of Christmas and finding everyone happy, he decides to organize Christmas this year, but he is not really going to do it right. Meanwhile, Sally the rag doll is trapped by the town’s mad scientist. She has long been in love with Jack and regularly tries to escape by poisoning the dreadful Professor Finklestein. Thanks to her, Jack will discover that what he was missing in life was only love. 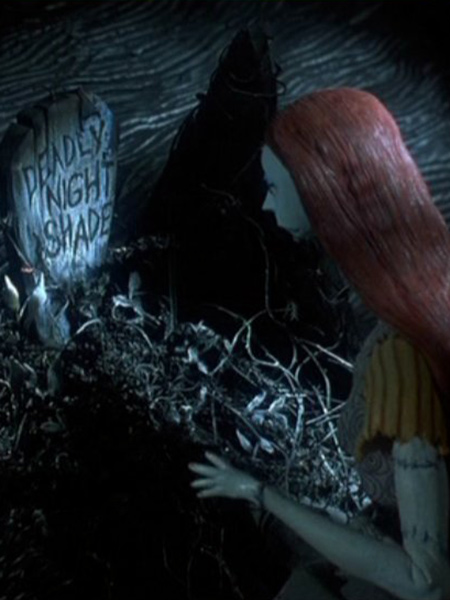 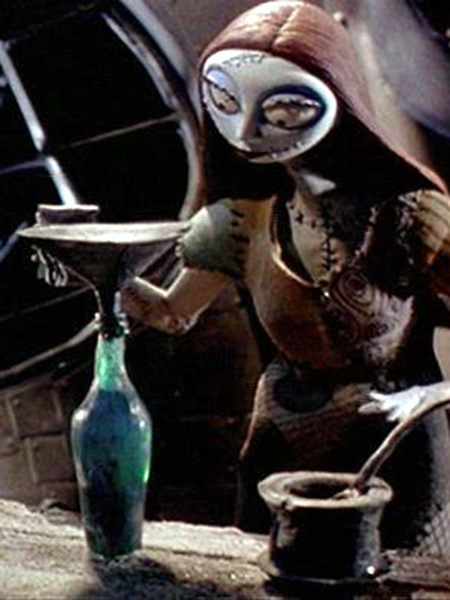 Sally and the Black Cat

On this version of this Sally figure, we find of course her rag doll body all sewn up with her dress made of multiple pieces of fabric. As in the movie, her skin is blue/green and we also find her little black shoes and her black and white striped socks. On her head, we can see her scars and her red lips which are represented for once. We can also see her red wool hair nicely detailed. In her hands, she holds a jar of “nightshade”, the poison she uses to try to poison the one who keeps her captive. She is also accompanied by the black cat who is often present with her during her songs and who is probably her pet. 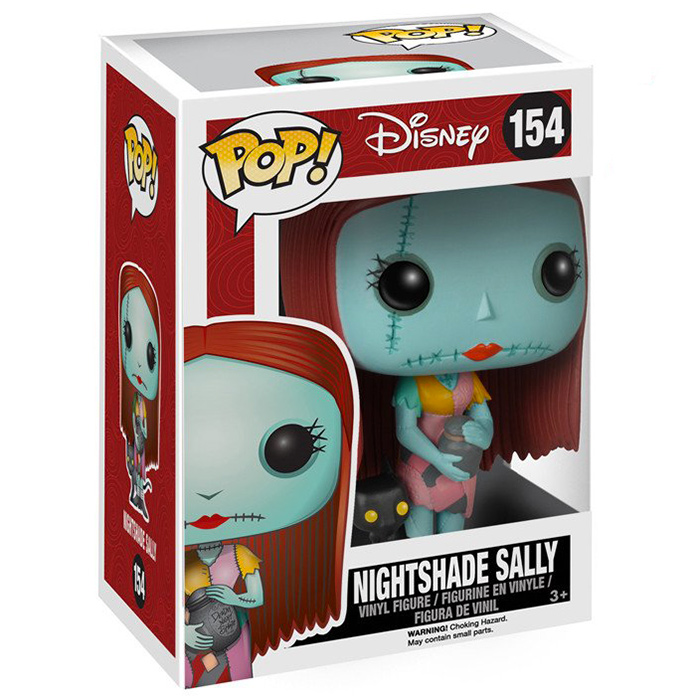