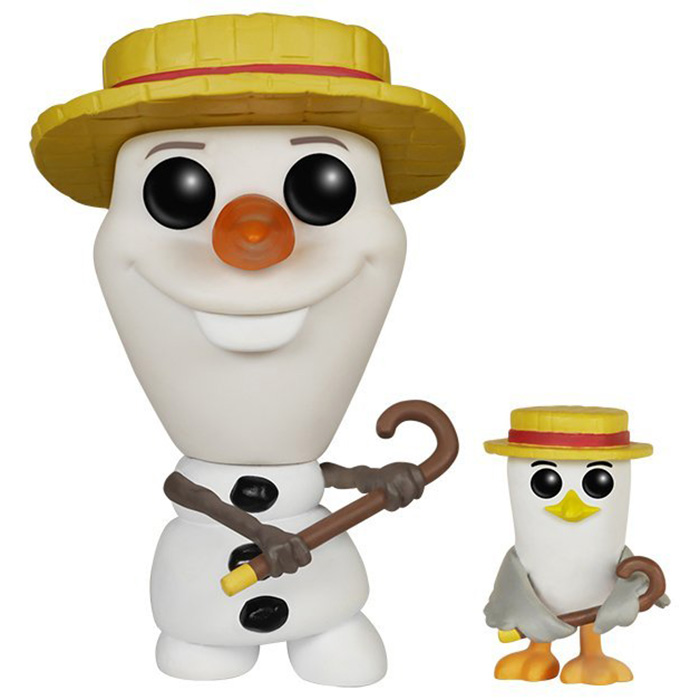 Olaf is a living snowman magically created by Princess Elsa of Arendelle for her sister Anna in the Disney Studios cartoon The Snow Queen. Indeed, Princess Elsa has the power to control ice since she was a little girl and often plays with her sister. But when she hurts her by accident, her parents take Anna to the trolls to be healed but they recommend to hide Elsa’s gift and make her sister forget it. So Elsa decides to live in hiding so as not to hurt her sister anymore. But when their parents die and Elsa is to be crowned, things get out of hand: Anna wants to marry a man she has just met and Elsa doesn’t agree, so she loses control of her powers and prefers to run away from the palace. Anna goes in search of her and finds Olaf, whom Elsa has recreated by finally letting her powers express themselves. Olaf offers to help her find her sister and on the way tells her his dream of one day seeing the sun. 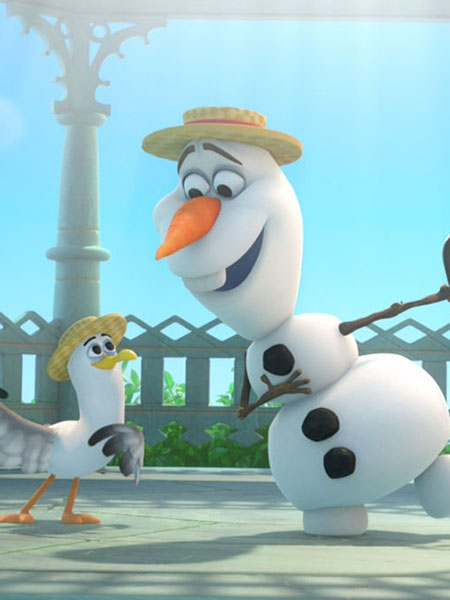 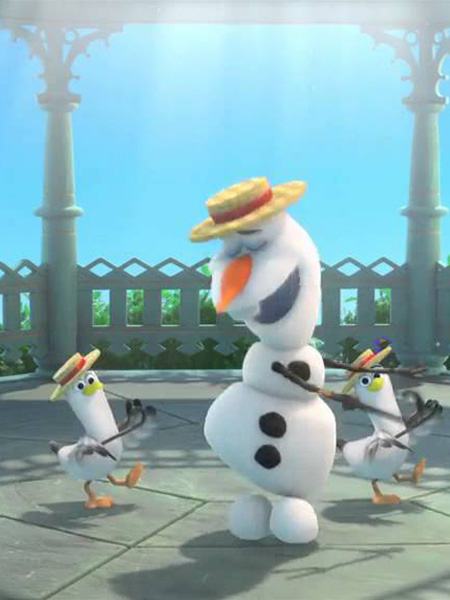 For this exclusive figurine for the 2015 summer conventions, Funko chose to represent Olaf in one of the scenes of his dream, the one where he is dancing with a seagull. So we recognize his body made of several snowballs, his nose made of carrots and his arms made of tree branches. We can also see that he is holding a wooden cane in his hands and a straw hat. The white and grey seagull that accompanies him also carries the same cane and the same straw hat and is in a similar posture so that one realizes that they are performing a choreography. 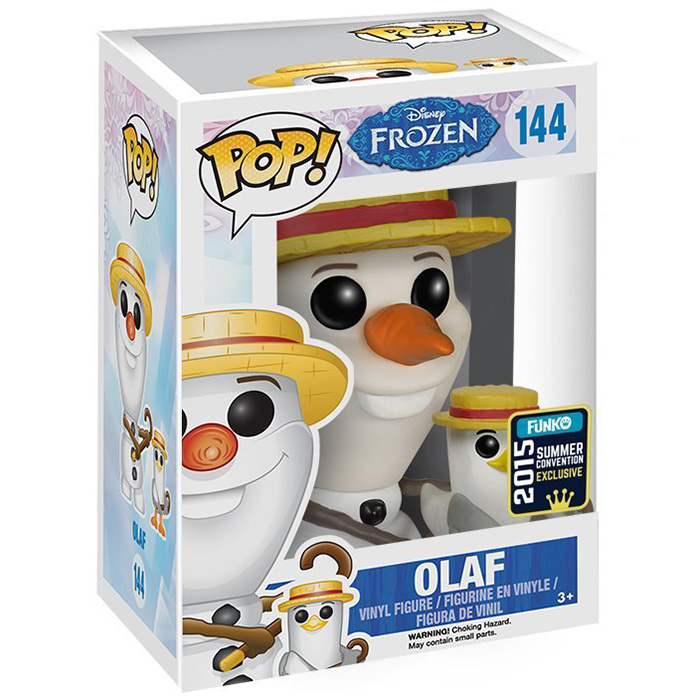