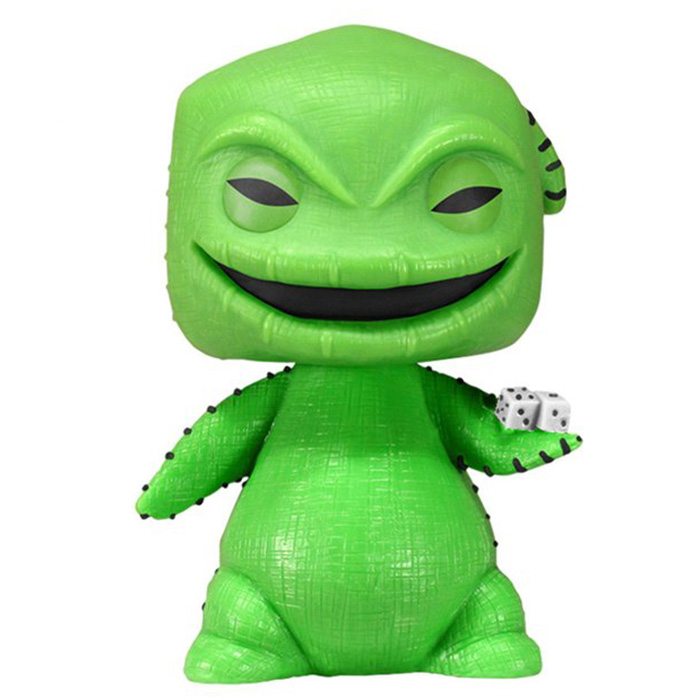 The villain of the story

Oogie Boogie is a character from the famous stop motion cartoon written by Tim Burton: Mr. Jack’s Strange Christmas. In this story, we follow the adventures of the inhabitants of the town of Halloween and more particularly of Jack Skellington, a living skeleton in charge of the town’s festivities. But this year, he is not in the mood and escapes from the town. Then he discovers Christmas town where everyone seems happy and decides to take Santa’s place. He sends three children to capture Santa and tells them to keep him safe while he goes to deliver the presents. But the mischievous children actually give him to Oogie Boogie, a bogeyman who plays a game that puts Santa’s life in danger. He can’t help but bet on everything. 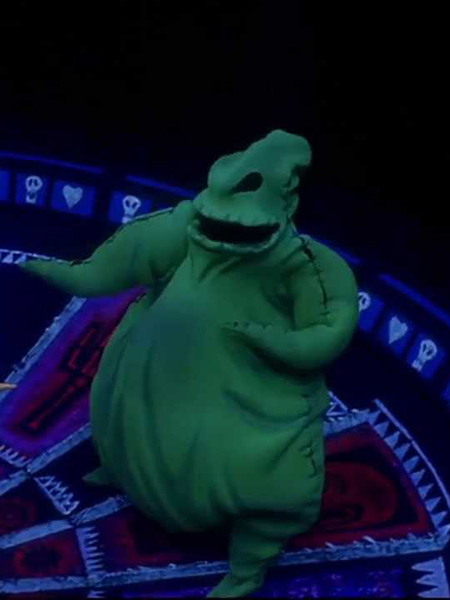 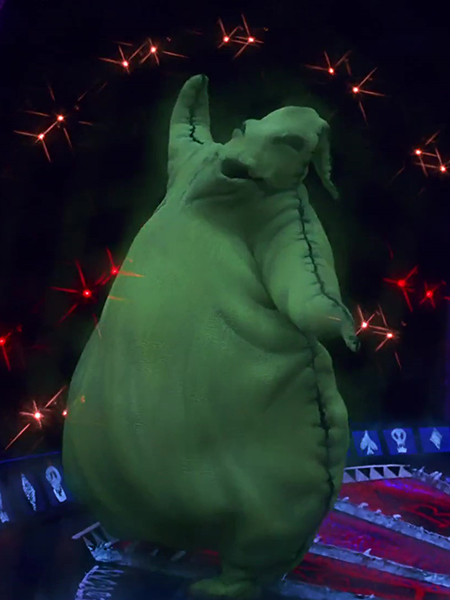 This boogeyman is a kind of large canvas sandbag with its limbs and head roughly sewn together with coarse black thread. Its color is a bright green that looks almost fluorescent and the textures of the bag are very nicely represented. In his left hand, he holds two white dice that remind us that Oogie Boogie is a big gambler. On his head, his black eyes are just two simple slits surrounded by green eyelids and Funko has depicted him with a very wide smile and no teeth as if his head was in fact completely empty. 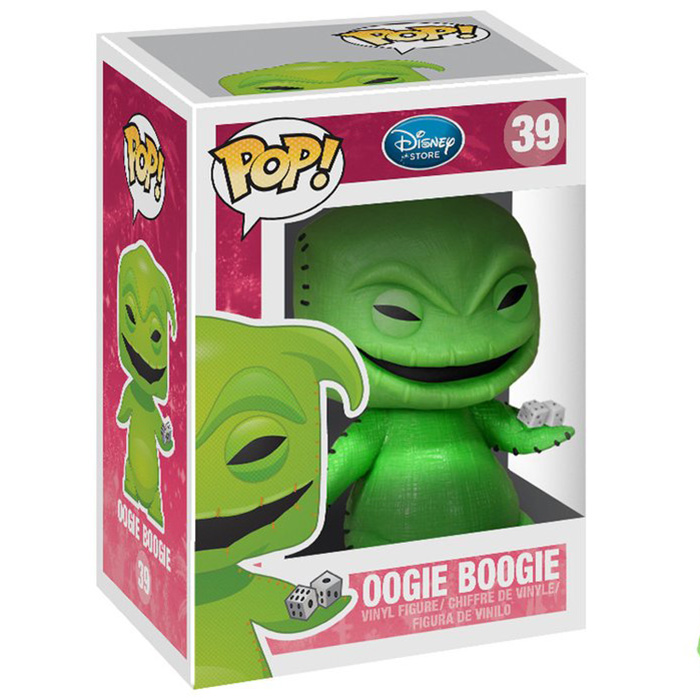