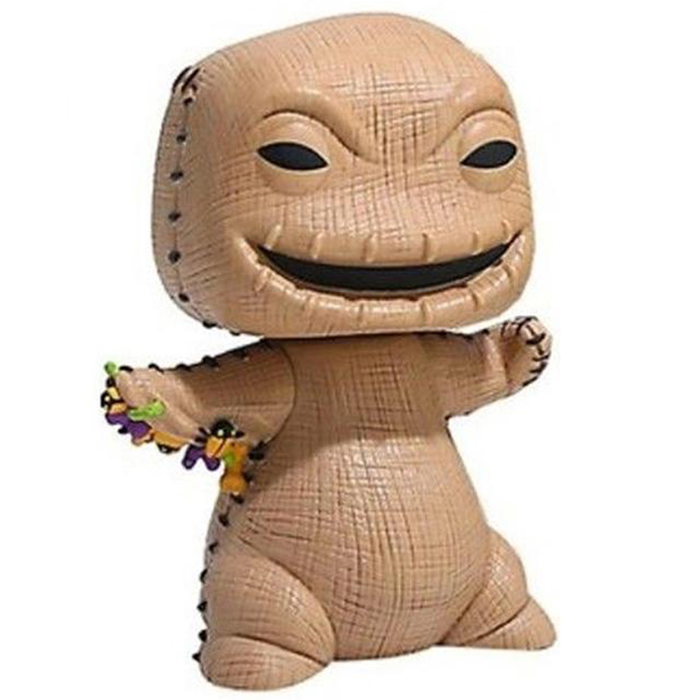 Oogie Boogie is one of the most famous characters of the Disney Studios cartoon Mr. Jack’s Strange Christmas. In this stop motion cartoon, the story is told of Jack Skellington, head of the Halloween festivities in the town, who is feeling melancholy. He discovers by chance the Christmas town where everybody seems to be happy and goes to tell his discovery to the others. Oogie Boogie, a kind of mobster in town, sends his henchmen to kidnap Santa and learn more about this strange character. While waiting for him to be found, Jack will take Santa’s place in the hope that this will give him back his joy of living. 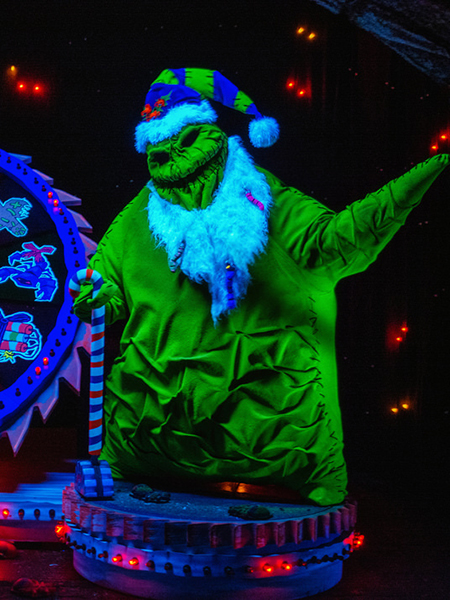 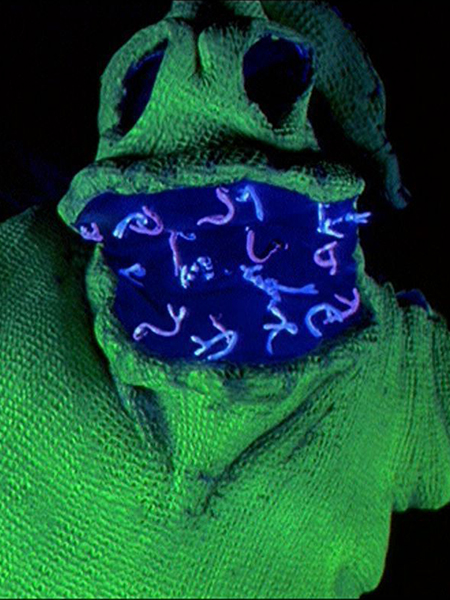 For this exclusive Hot Topic release, Funko has depicted Oogie Boogie with bugs coming out of him. Indeed, Oogie Boogie is actually made of several canvas bags sewn together and normally filled with sand. But since Oogie Boogie is from Halloween town, he had to have a disgusting detail. As always, the texture of the canvas bags is very well represented and we can recognize his face with an evil smile. 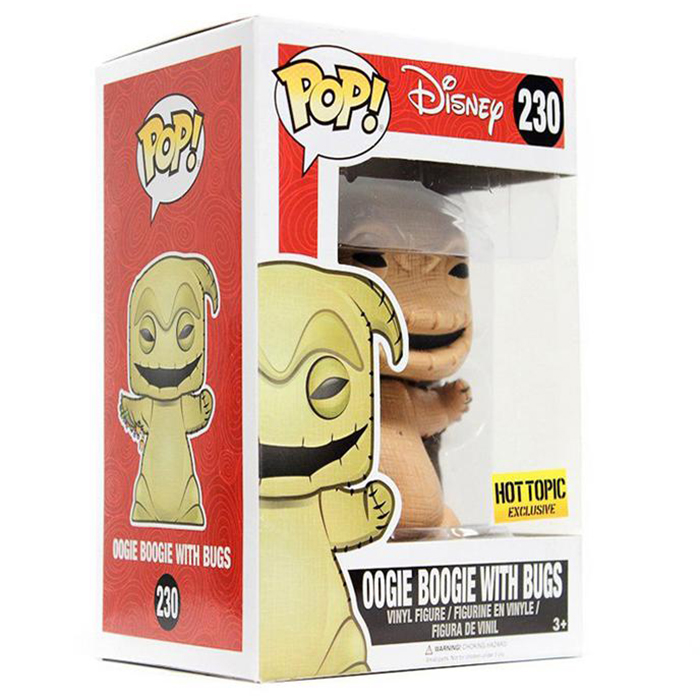