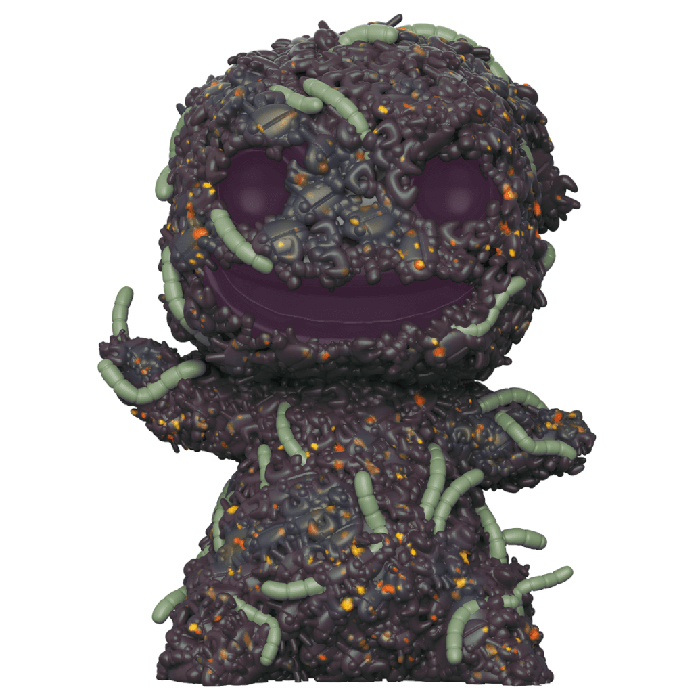 Oogie Boogie is the main antagonist of the famous Disney Studios cartoon Mr. Jack’s Strange Christmas. The story takes place in the town of Halloween, whose hero is Jack Skellington, a living skeleton and master of the festivities. One year, he is depressed and has lost his inspiration. During a walk in the forest, he discovers Christmas town where everyone seems happy and decides to take an interest. On his side, Oogie Boogie asks his henchmen Lock, Shock and Barrel, to kidnap Santa Claus to find out more about this strange character. We then learn more about this strange character, a kind of bogeyman made in a canvas bag, during his famous song, one of the most famous of the film. 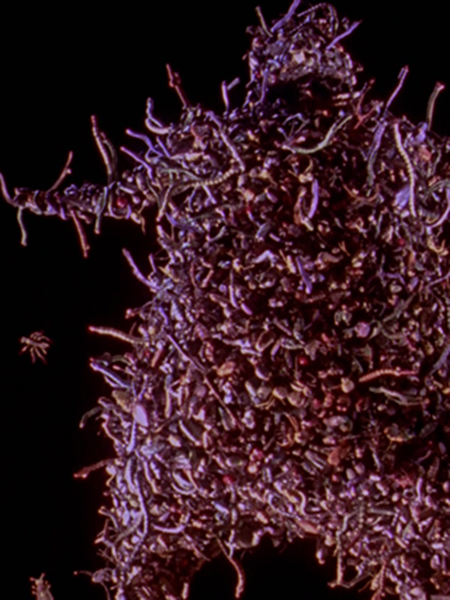 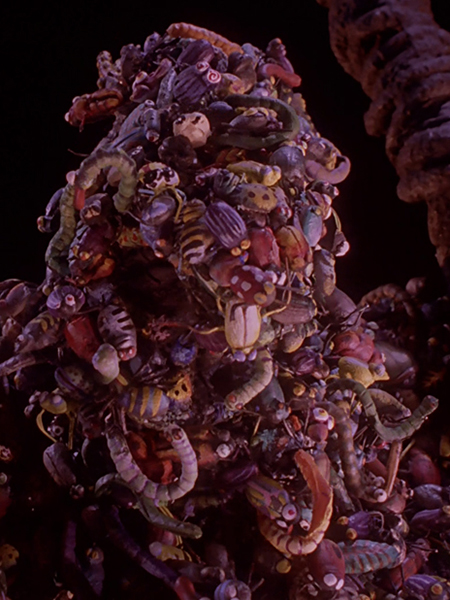 During one of the scenes in the movie, we learn that underneath his canvas bag, Oogie Boogie is actually composed of hundreds of swarming insects and that’s how Funko represented him on this action figure. So we find his basic shape quite crude with just two arms sticking out of this canvas bag shape. He is mainly composed of dark purple worms with some yellow or orange spots. In some places, there are a few green glow worms that add to the disgusting side of the character. 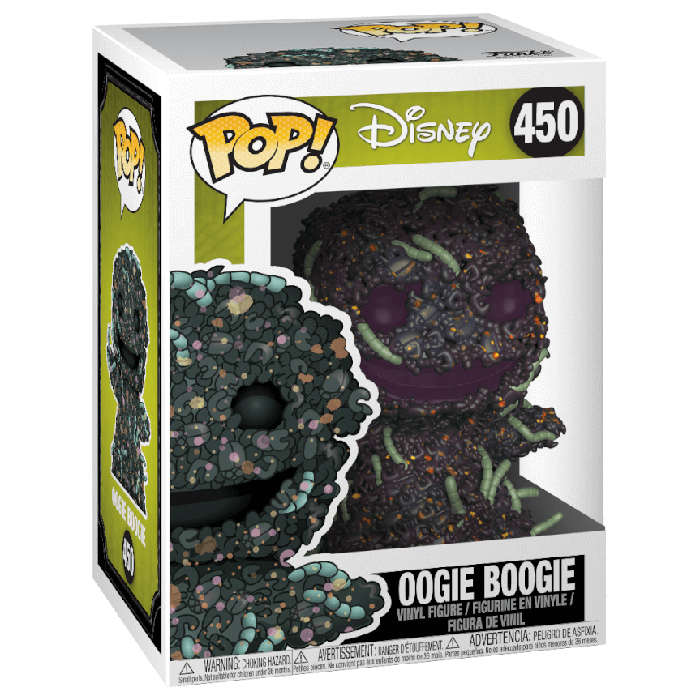