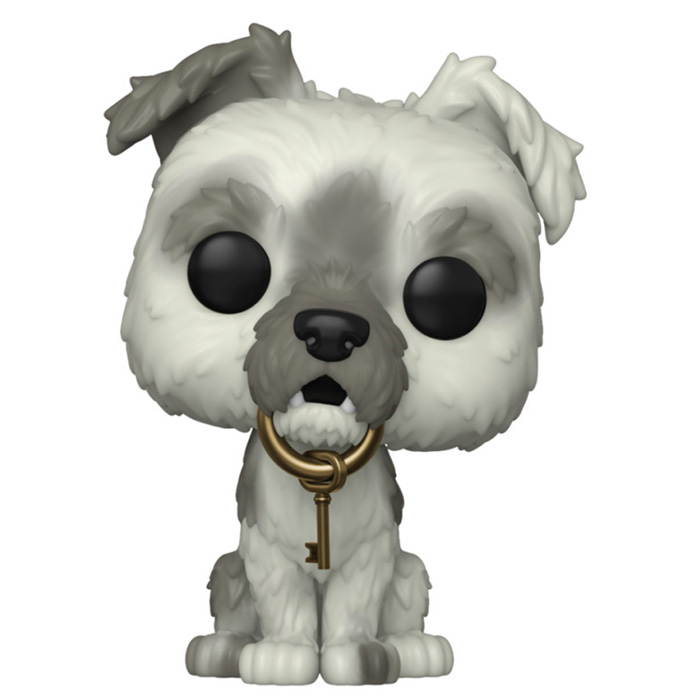 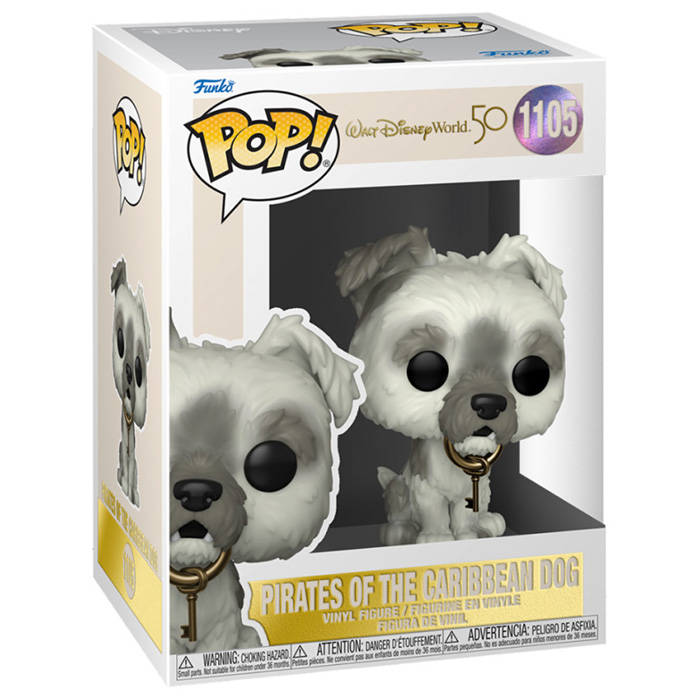 The dog from Pirates of the Caribbean is a character who is featured fairly early on in the famous Disneyland parks attraction of the same name. This attraction is present in five of the Disneyland parks including Disneyworld in Florida. The attraction does not refer to any particular cartoon but reminds the pirate world of Robinson or Treasure Island. This attraction is a fast cruise on small boats through several scenes of a pirate world with some quick drops. Towards the beginning, you can see pirates in jail and a small grey dog holding the key in its mouth. The pirates try to coax him to give them the key. 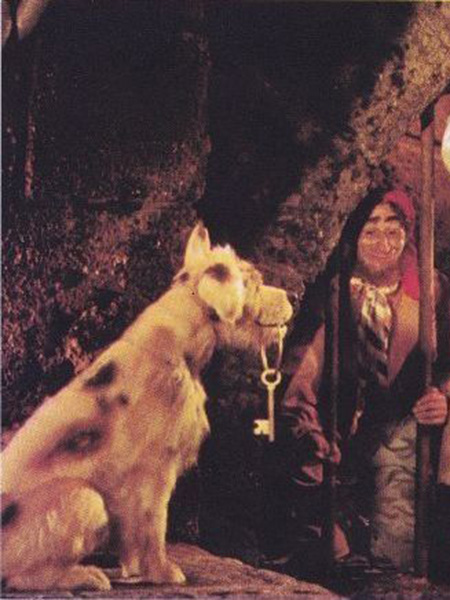 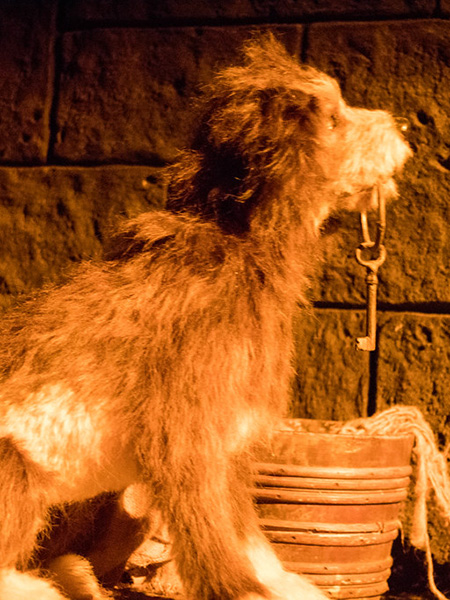 So for this figure created for the fifty year anniversary of Walt Disney World park, Funko depicted this dog as seen in this scene from the attraction. He is sitting on his backside with his grey fur a bit dirty. His head is tilted to the side and his ears fall forward. His mouth is slightly open and he is holding a big golden ring with the key on it.