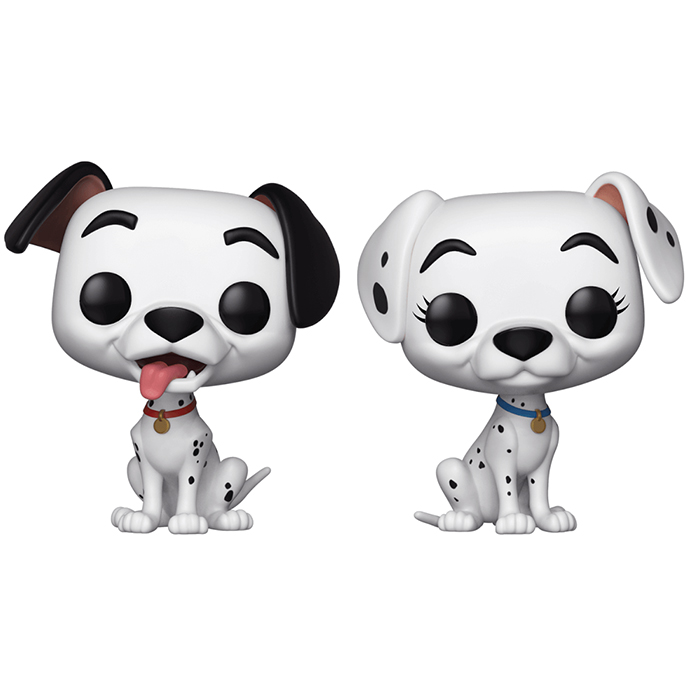 Funko Pop figures Pop Pongo and Perdita (The 101 Dalmatians) Are you interested?

Pongo and Perdita are the two canine heroes of Disney’s 101 Dalmatians cartoon. At the beginning of the story, Pongo and Perdita, tired of seeing their respective masters single, decide to do everything to attract them to each other. Their plan works very well because soon after, the two lovers get married, which is a good thing because the two Dalmatians also fall in love. Soon, Perdita is expecting pups and ends up giving birth to 11 little Dalmatians. But things get complicated when Anita’s boss, Perdita’s mistress, arrives and insists on buying the puppies to make a fur coat. Anita obviously refuses but Cruella is cruel and persistent and some time later, when only the nanny is at home, she sends two men to steal the puppies. Pongo and Perdita, as well as their masters, do everything to find them and they finally do. But then they realize that their eleven puppies were not the only ones that Cruella had stolen and deciding to adopt these orphans, they finally find themselves with a total of 101 Dalmatians. 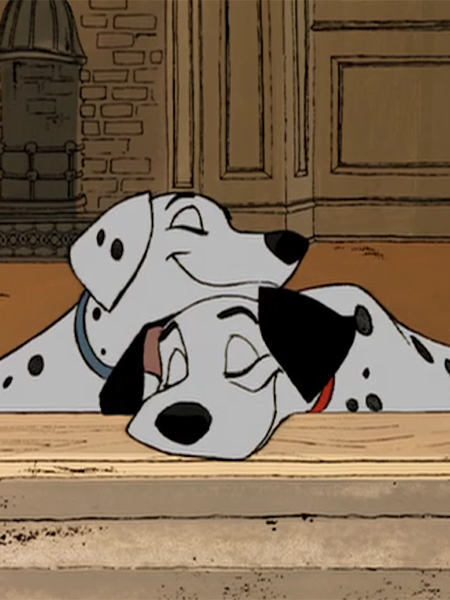 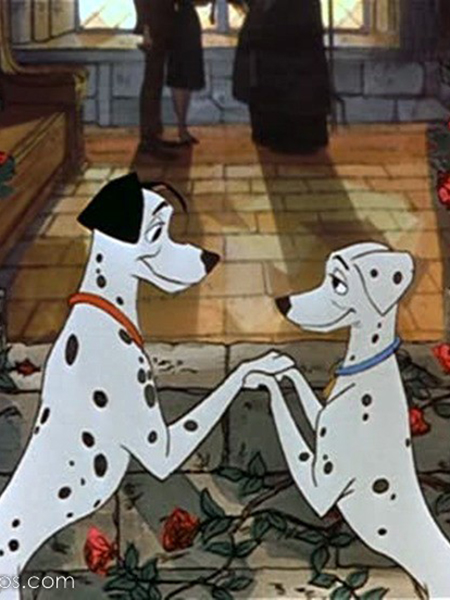 For this Pop In A Box exclusive pack, Funko chose to depict the two adorable Dalmatian parents. Both are sitting in an identical posture. Pongo is wearing a red collar with a small gold medal, his head is all white with black ears and his tongue out in a happy expression. Perdita, on the other hand, has white ears with just a few black spots on each side. She has a more distinguished expression in a kind of small smile and she wears a blue collar, also with a golden medal. 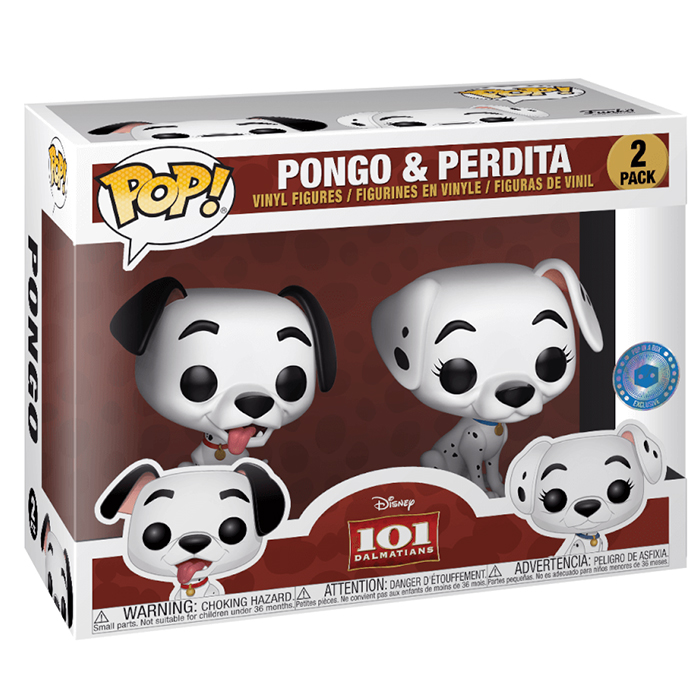 Funko Pop figures Pop Pongo and Perdita (The 101 Dalmatians) Are you interested?