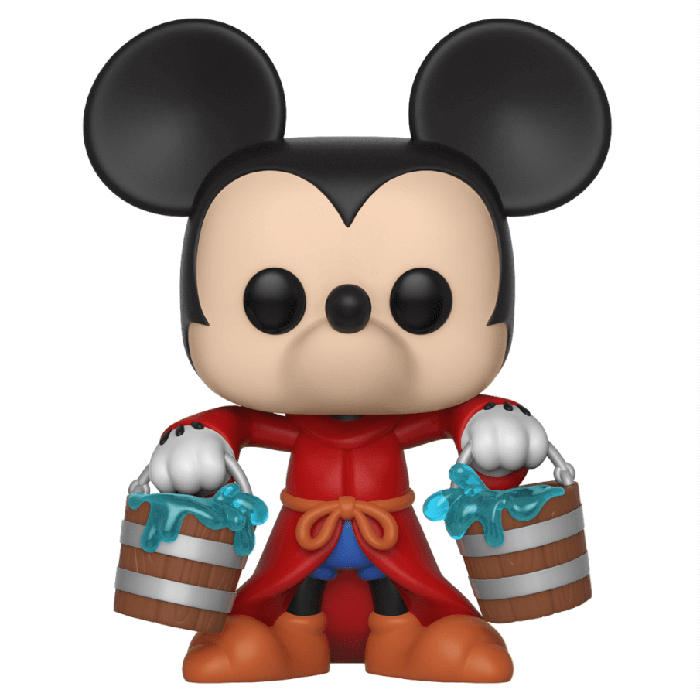 In 1940, Mickey appeared in a feature film for the first time. In Fantasia, Mickey is the apprentice of the magician Yen Sid who only entrusts him with basic tasks like cleaning. But when the magician retires to his room to sleep, Mickey decides to try to bewitch the broom so that it does his chores for him. This works well and, satisfied, Mickey falls asleep. Of course the broom doesn’t stop by itself and when Mickey wakes up, the wizard’s house is in chaos with water spilling everywhere. 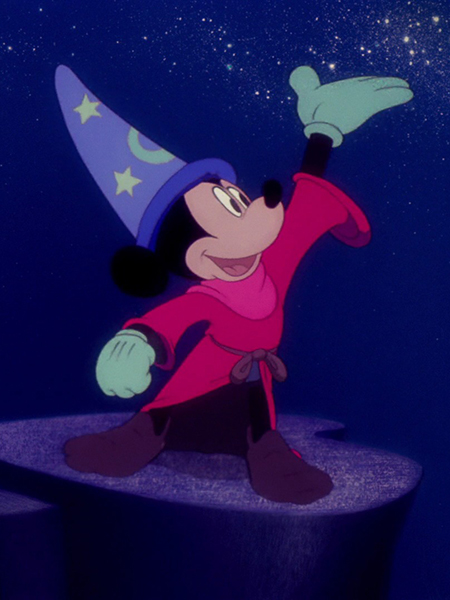 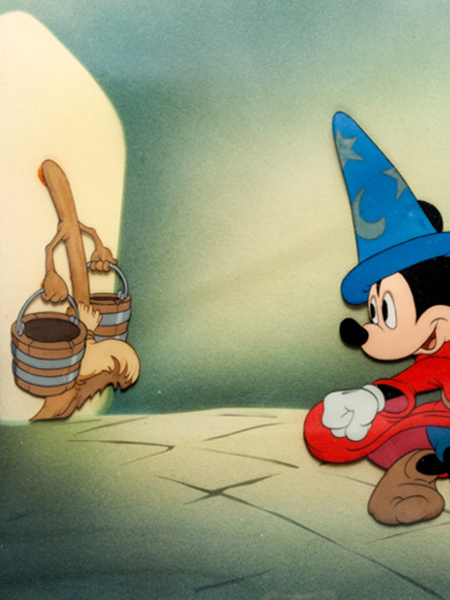 As in the cartoon, Mickey is shown here with a long red magician’s robe over his usual shorts which are blue here. Of course, he still has his big shoes and his white gloves. In each hand, he holds a wooden bucket from which water overflows nicely represented with a transparent blue plastic. Finally, as usual, he is represented with this heart shape on his forehead and big round ears. 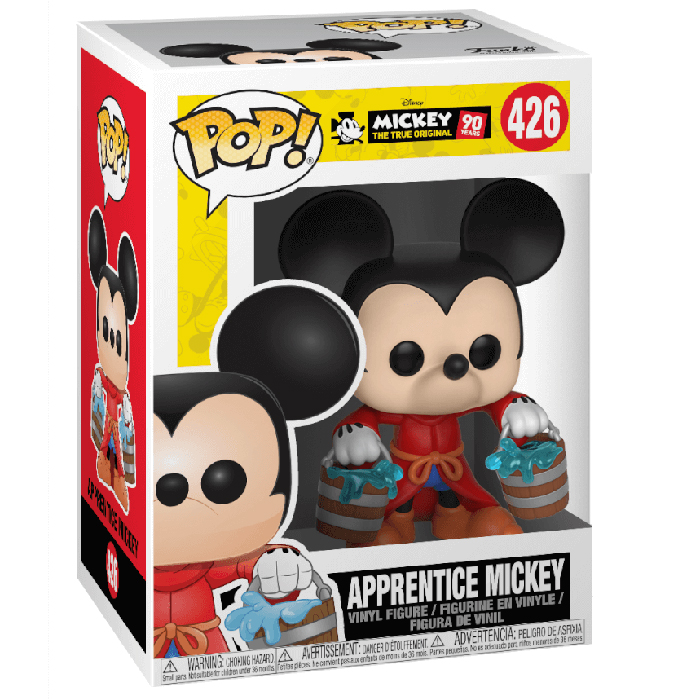 Pop Movie Moments Under The Moonlight figures (The Strange Christmas of Mr. Jack)