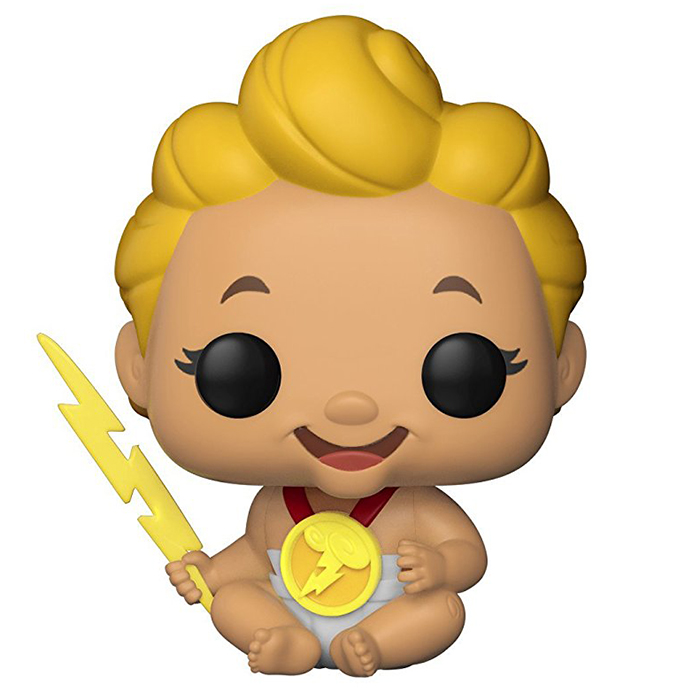 The beginnings of a legend

Hercules is the main character of the Disney Studios cartoon Hercules, inspired by the mythological character to create their own legend. Hercules is born in Olympus to the great joy of his divine parents, but Hades is jealous of this happiness and especially more than tired of living in the underworld of which he is the guardian. When he learns that a prophecy announces that one day he will be able to conquer the world of the living thanks to the titans on condition that Hercules is dead, he sets up a stratagem. His minions will make the young Hercules drink a potion to make him mortal. But he does not drink it to the end and remains partly divine. Being forced to leave Olympus, the young baby Hercules is taken in by a nice couple and only learns his true identity when he is older. He then decides to do everything to become a hero in order to regain his place on Olympus. 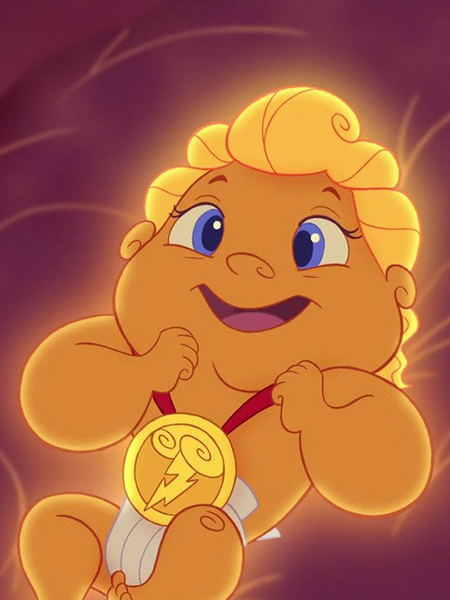 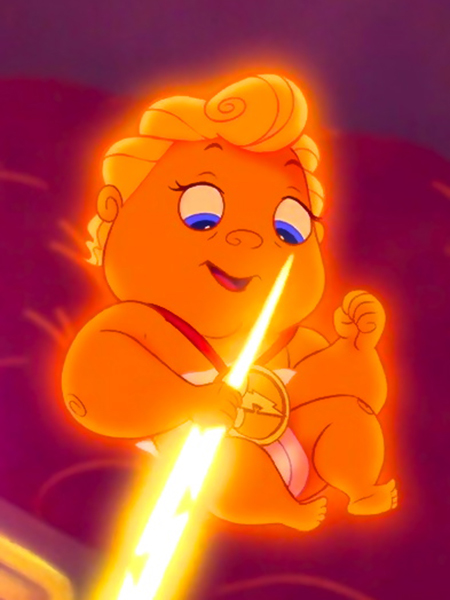 As soon as he is born, little Hercules is already very strong and sows destruction with the little lightning offered by his father as a toy. On this version, he is represented as a baby sitting on his buttocks and wearing only a white diaper. He holds the famous little yellow lightning bolt in his hand and wears a very large gold medal, also representing a lightning bolt, around his neck. His face is a bit rounder than the average pop figure and his nose is rounder but his chin is already prominent and he has a big smile. We can note that at birth, his hair is blond and all curly while it will become red later as we can see on other figurines of the character. 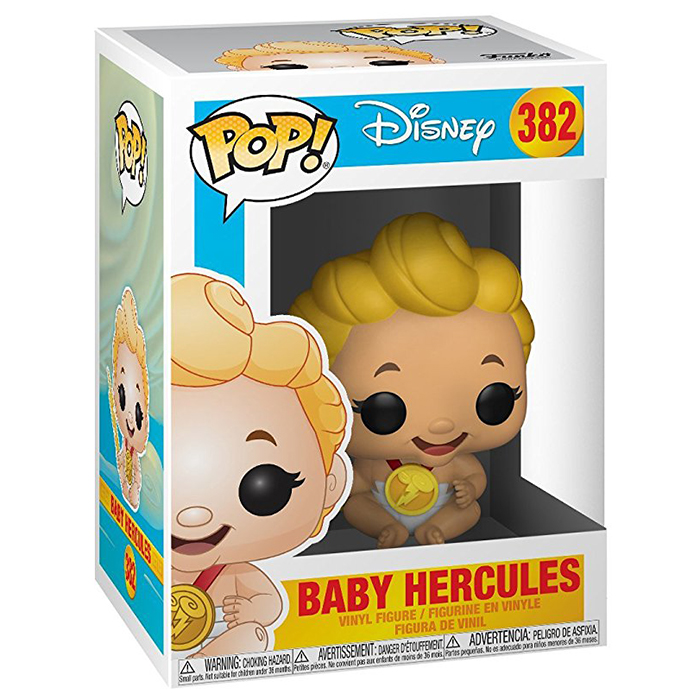