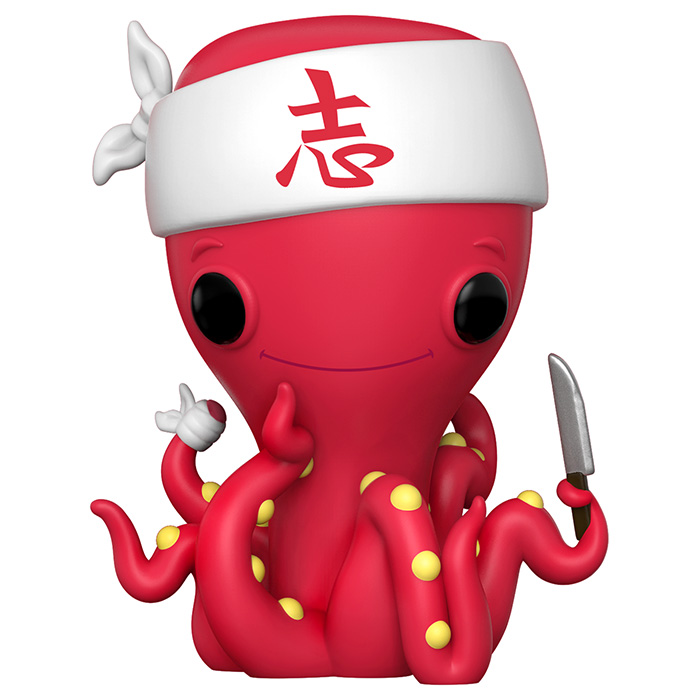 Chef is a character in the Disney Studios film Monsters and Company. This film takes place in the world of monsters where electricity is drawn from the cries of terror of children. To do this, the company Monsters Inc sends its worst monsters through the door of the children’s closet every night to collect their screams in a kind of bottle. But one night, a little girl is not afraid of Sulley, the star of the company, and worse, she infiltrates the world of the monsters. But in this world, children are considered toxic and Sulley and his friend and partner Mike will have to get her home without being discovered. Meanwhile, Mike must also deal with his not-so-easy-going girlfriend, including taking her to a prestigious Sushi restaurant where Chef, a kind of red octopus, is the chef. 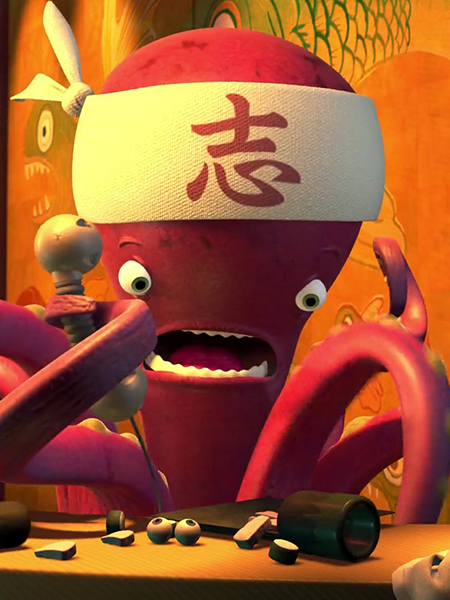 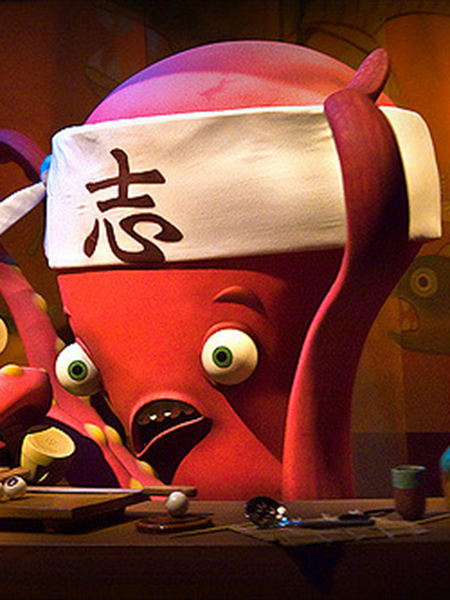 So Chef is on some kind of octopus that can move around the earth by sliding on its many tentacles. His skin is red and he has yellow suckers on his tentacles. He wears a white headband with a Japanese symbol and another piece of white cloth on another tentacle. Finally, in one of these other tentacles, he holds an impressive kitchen knife. And in spite of his appearance not necessarily reassuring, he wears a large smile which gives him a cute side. 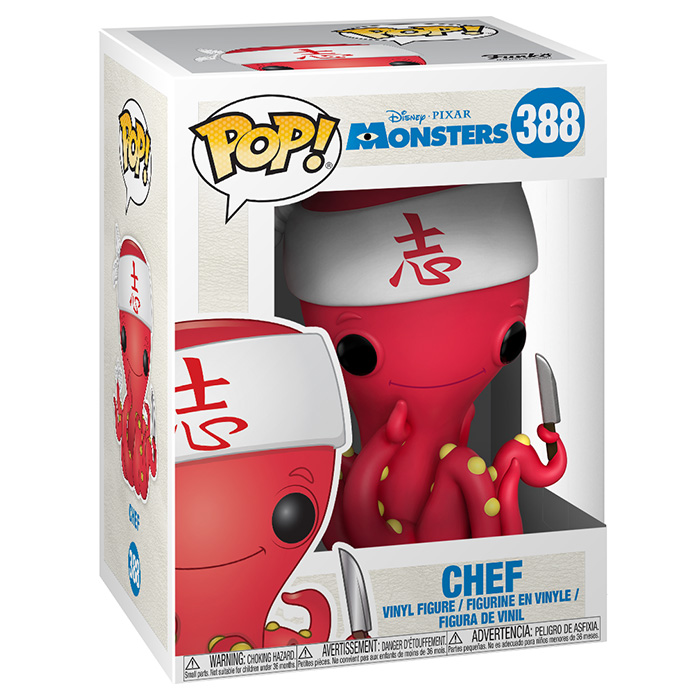