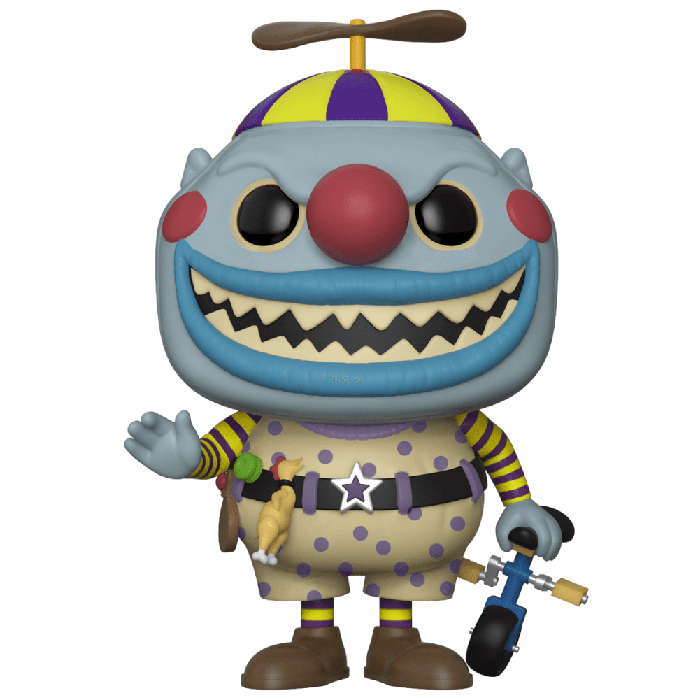 The clown is one of the very minor characters that we run into in Halloween town and in the monster parade in Tim Burton’s The Strange Christmas of Mr. Jack. This film tells the story of the depressed skeleton Jack Skellington who will try to find his joy of living while everyone expects him to organize the Halloween festivities. We see the clown a few times but he’s just an extra who doesn’t speak. All we can see is that he likes to act both cheerful and creepy, which is compounded by the fact that he can tear his face off entirely. 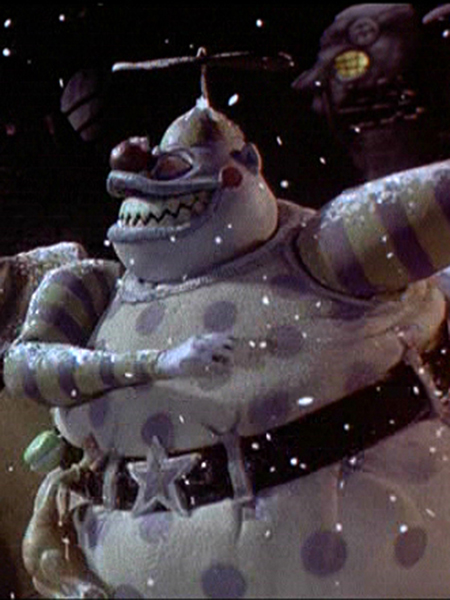 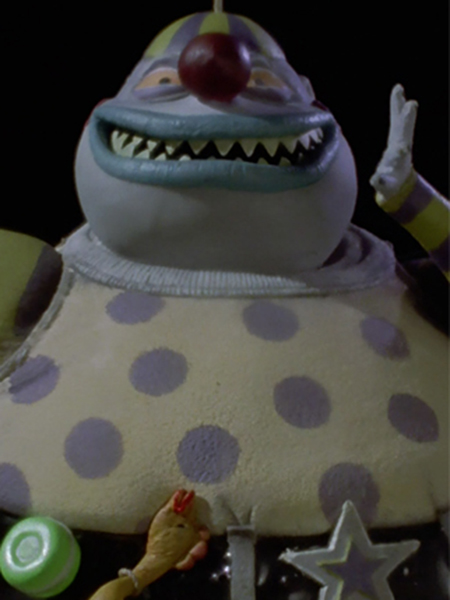 So Funko depicted this obese clown with his very colorful and mismatched outfit: a beige jumpsuit with purple polka dots over another yellow and purple jumpsuit. On his waist, he wears a belt with a star on it, to which are attached a bunch of objects he uses for his shows and he holds a unicycle in his left hand. Finally, on the head, we find his mouth open on a series of pointed teeth, his big red nose and his funny little hat with a propeller on top. 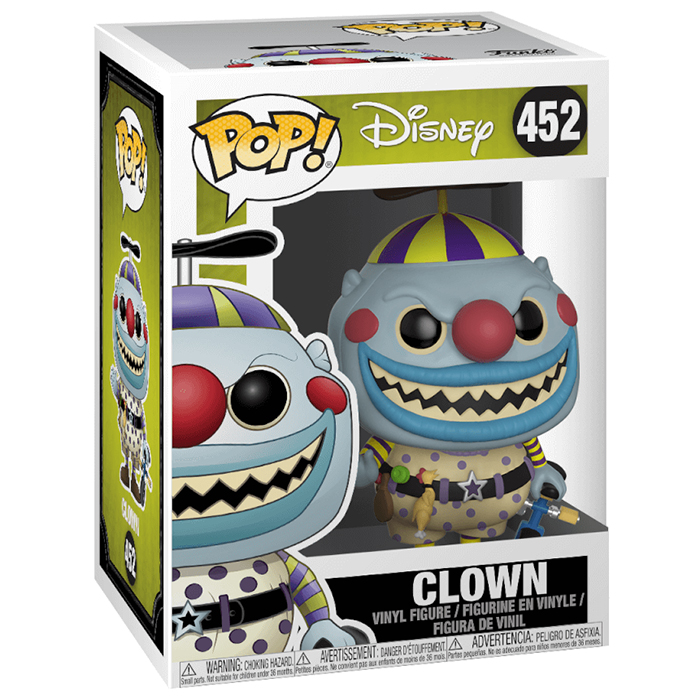