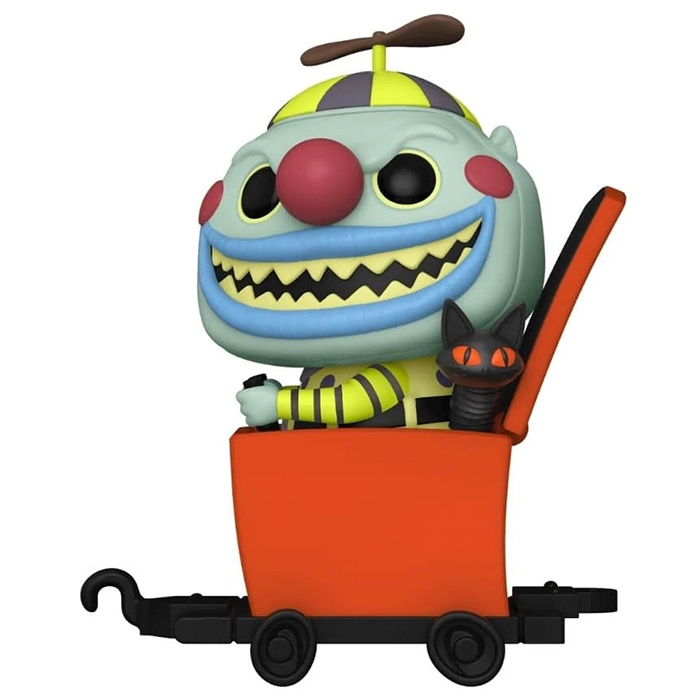 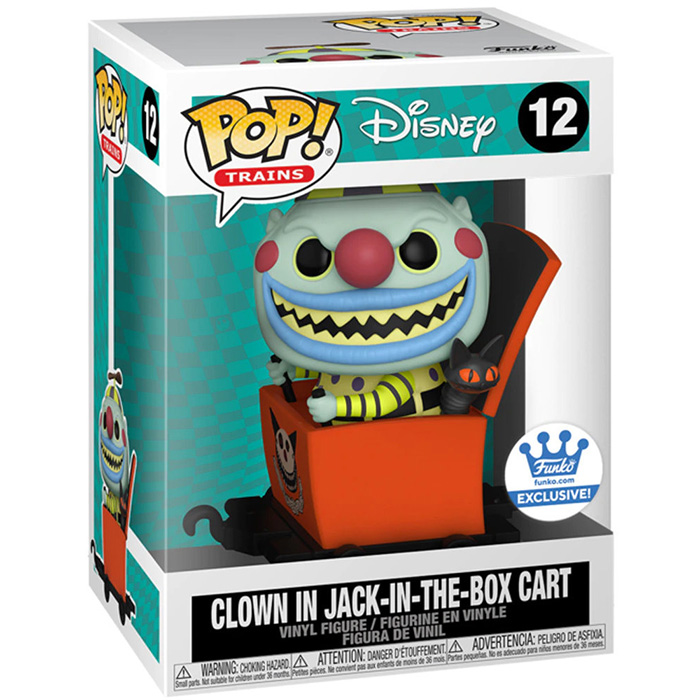 The clown is one of the many citizens of the town of Halloween in the stop motion cartoon The Strange Christmas of Mr. Jack. In the town of Halloween, the citizens are all a bit strange and only expect one thing all year round, to celebrate the Halloween holiday. The clown is a not-so-reassuring clown with a green face that we meet several times in the city and that we hear during the song This Is Halloween. He has the particularity of being able to remove his face to reveal a hollow and empty head underneath. 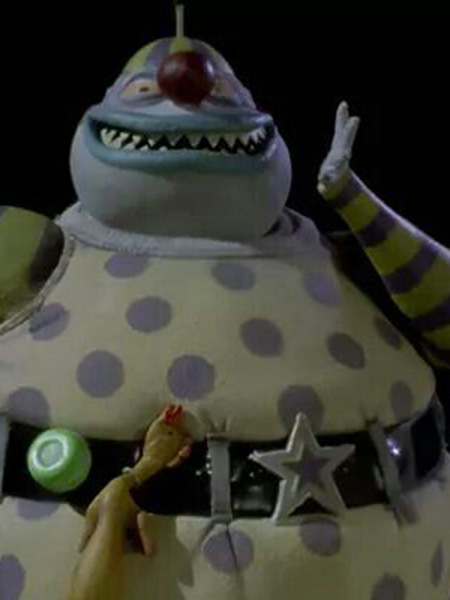 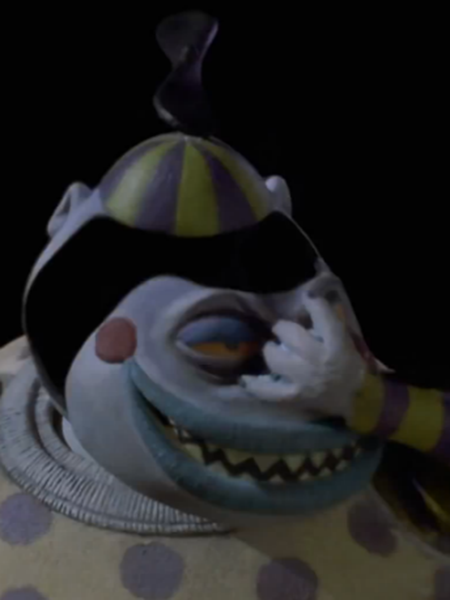 On the Halloween train

For this exclusive Pop Trains, Funko has depicted the clown in a Halloween train car which, like the other figures in this series, can be attached to the other cars. This one is shaped like a jack-in-the-box with a cat head on the front. The clown is sitting in the box holding the controls and is turned on his side, wearing a wide, sharp-toothed smile. Next to him is a small black cat on a spring.