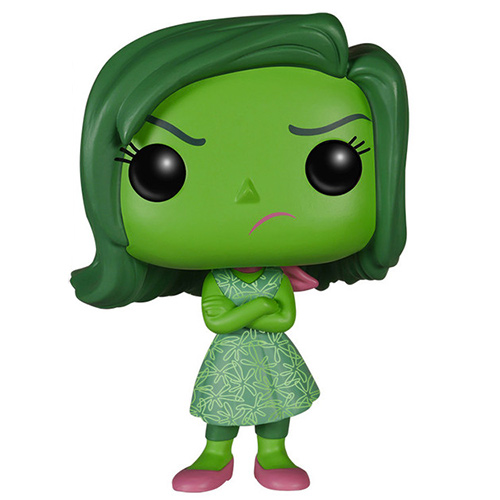 The Funko Pop figure Pop Disgust (Inside Out) Interested?

Disgust is one of the main characters in Disney Pixar Studios’ latest animated feature Inside Out. In this animated film, the life of the young Riley is told from the day of her birth through the five main emotions managing the control center of her brain. Joy is kind of the leader but she is also helped by Sadness, Anger, Fear and Disgust. Disgust is there to develop the little girl’s likes (and dislikes) and thus avoid certain dangers (like broccoli!). When, in her early teens, the girl moves away and finds it difficult to remain as cheerful as she has always been, things get complicated. Sadness will transform important memories and will unintentionally drag Joy into the twists and turns of Riley’s brain. The other three emotions will then have to manage without them until they return, and it won’t be without difficulty! 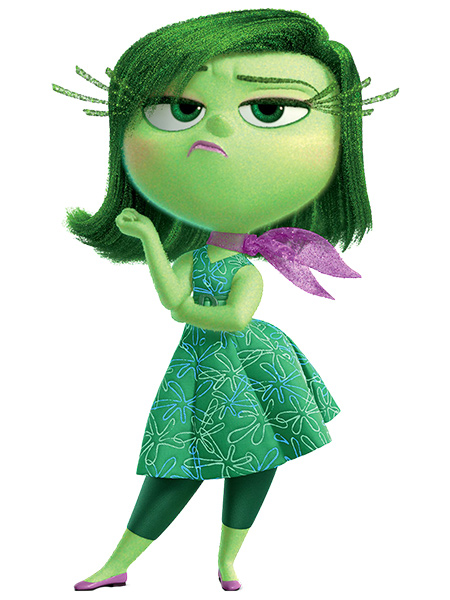 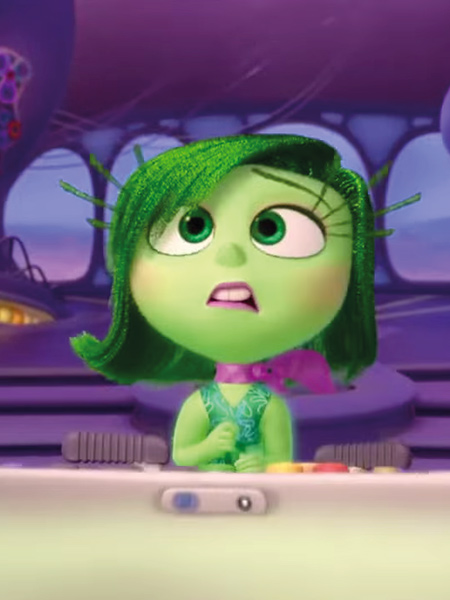 Representing disgust, the character was logically represented in green color. This doesn’t prevent this character from being particularly elegant and this figure from being, once again, quite cute and successful. We find a character with bright green skin and an elegant style reminiscent of the 60s. She wears a flared dress of a slightly lighter green with a floral pattern. With that, she also wears dark green leggings and pink heels that match the little scarf she wears around her neck. As always, Disgust is in an attitude between anger and annoyance, or simply disgust. She is thus represented with her arms crossed and her legs slightly spread. Her head is also all green and Funko didn’t forget to give her eyebrows and a mouth to accentuate her attitude. Finally, her hair is a little darker green and the cut is also a little retro. 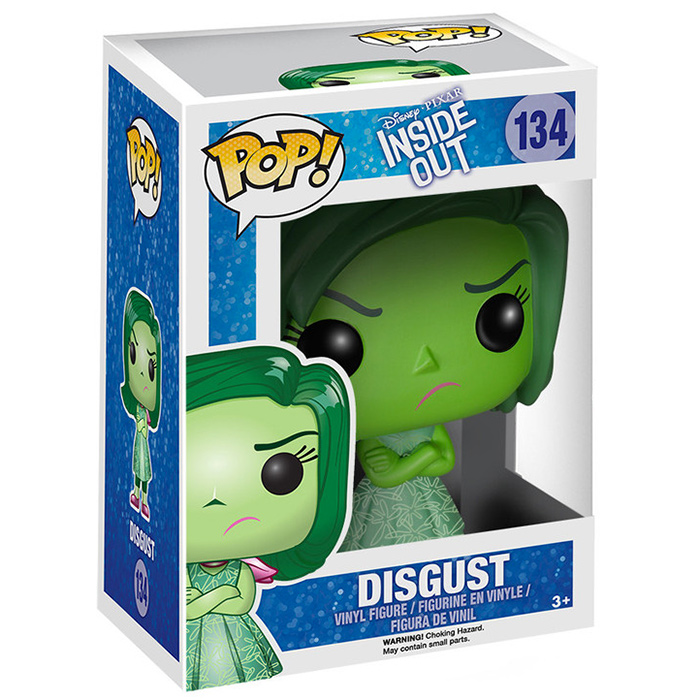 The Funko Pop figure Pop Disgust (Inside Out) Interested?