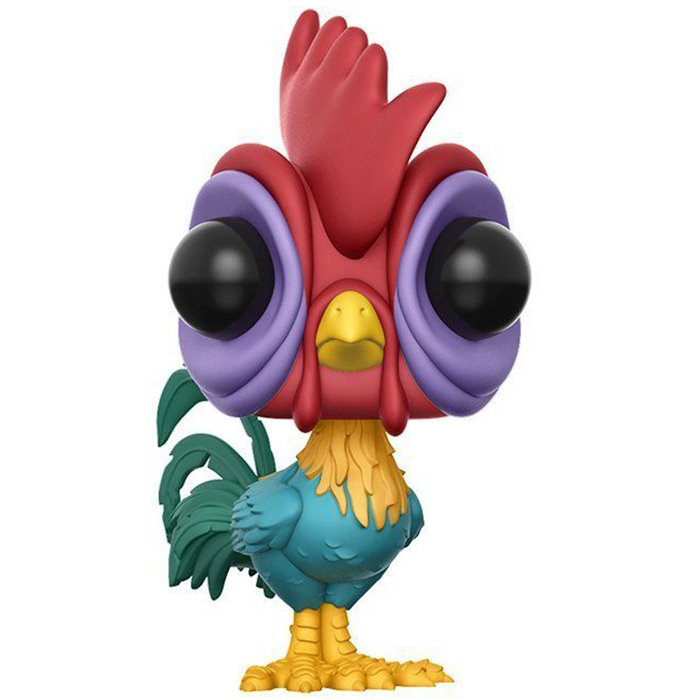 Hei Hei is a character from the Disney cartoon Moana (Vaiana in French), inspired very loosely by a Polynesian legend. When she is a child, young Moana discovers a strange stone on the beach and it turns out that this stone is the heart of the island of Te Fiti, the goddess who created the world and whose heart was stolen by a demigod. As she grows up, Moana prepares to become the new queen, but she is very frustrated by her parents who prevent her from leaving the island because the sea is too dangerous. But the island is getting worse and worse, with tree after tree dying, so Moana, having learned the true nature of the stone, decides to set sail to reunite it with the goddess. As she sets sail with the demigod Maui, she unintentionally takes on board Hei Hei, a pet hen who is not really very smart. Hei Hei finds herself falling in the water or in danger more than once. 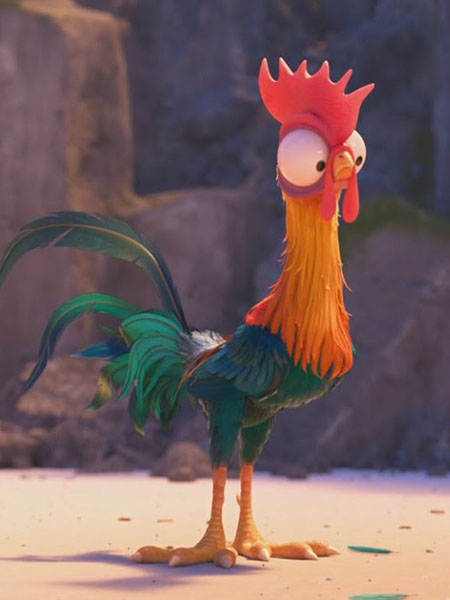 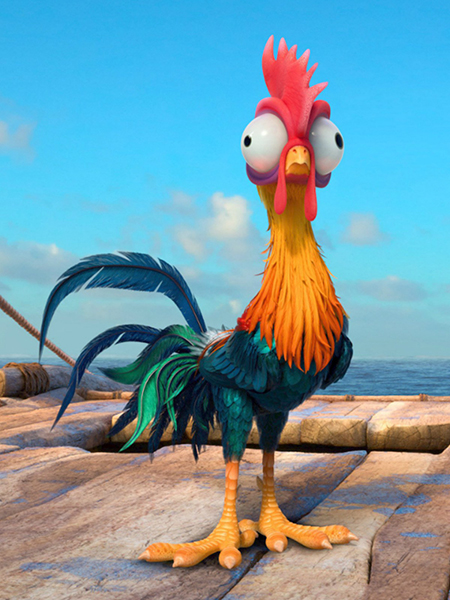 For this figure, exclusive to the San Diego comic con, Funko has chosen to represent Hei Hei, the very silly but rather funny hen from the Vaiana cartoon. As in the movie, this one is very colorful with her turquoise and yellow body, her green tail feathers and her red and purple head. The details of her paws and feathers make this figure really good and the way her big black eyes stand out from her face give her that surprised look she seems to have during the whole movie. 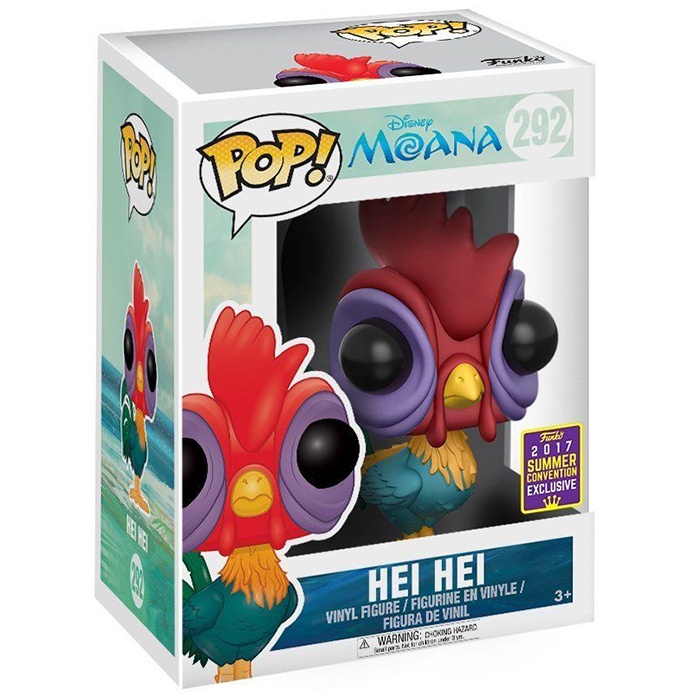