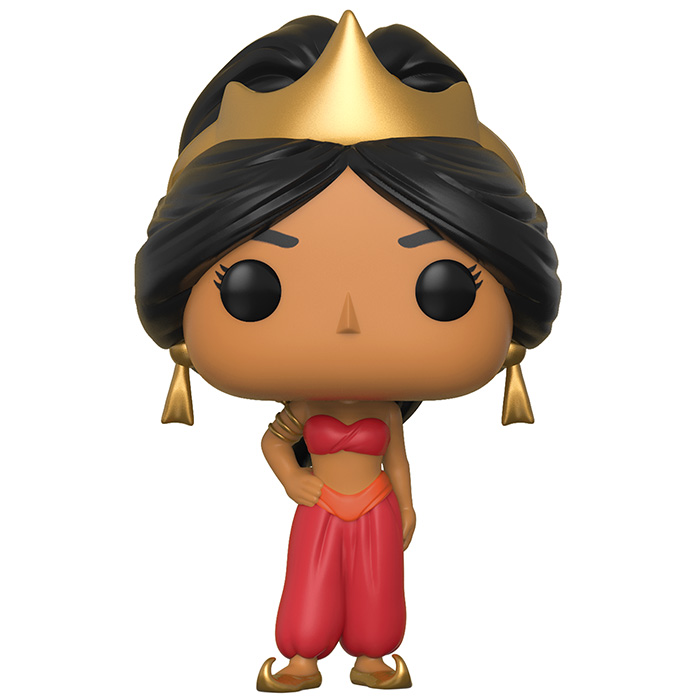 Jasmine in a nightmare world

Jasmine is one of the main characters in one of Disney Studios’ most popular cartoons, Aladdin. It tells the story of a young thief with a big heart who finds a magic lamp from which comes out a genie who offers him three wishes. Aladdin decides to become a rich prince in order to have a chance to see and conquer the heart of Princess Jasmine. But this is without counting on the diabolical Jafar, advisor to the sultan, who also intends to obtain the hand of the princess to become the new sultan. To do this, he manages to steal the magic lamp and then become the master of the genie. And his first wish is to ask to become a genie himself, which gives him unlimited power. He then turns Jasmine into a slave and traps her in a giant hourglass. 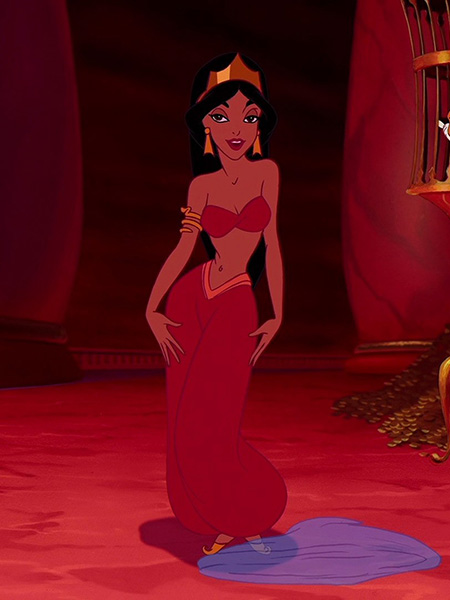 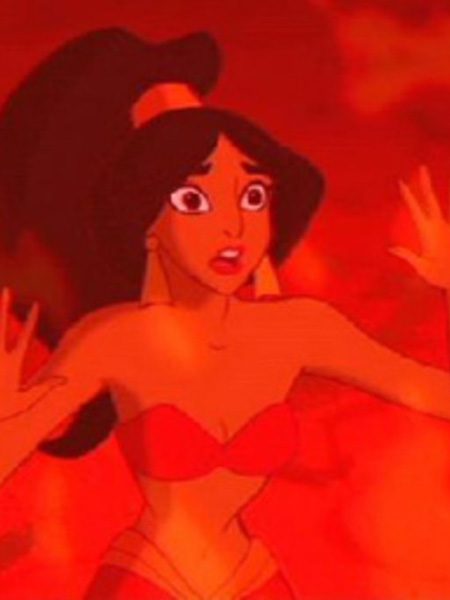 So Jasmine is shown here with the red outfit she wears when she is trapped in the giant hourglass. This one is quite close to the blue outfit she wears during most of the film. She wears wide pants tightened at the bottom and held low on the hips by a wide belt a little lighter. She also wears a simple red headband at the top and a gold bracelet around her arm. On her feet, she wears shoes with golden curved toes. On her head, her hair is tied in a long black braid. She also wears an imposing golden crown and matching earrings. 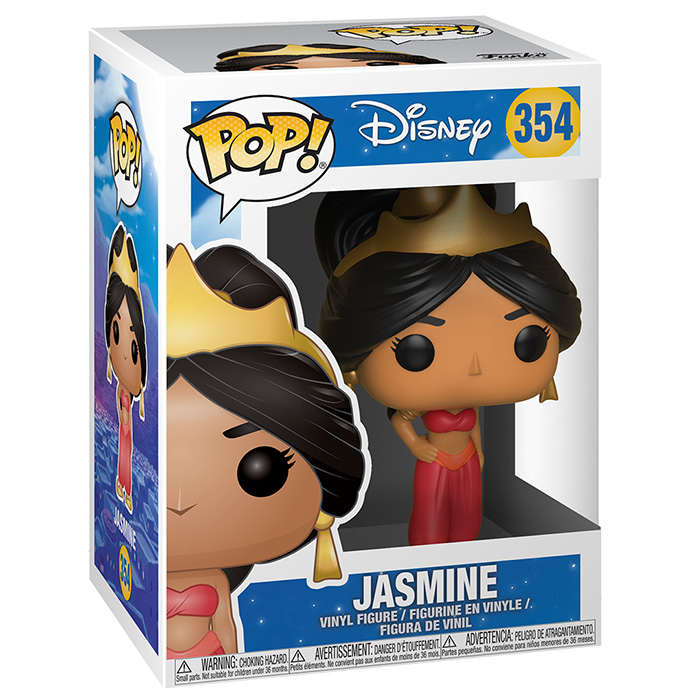