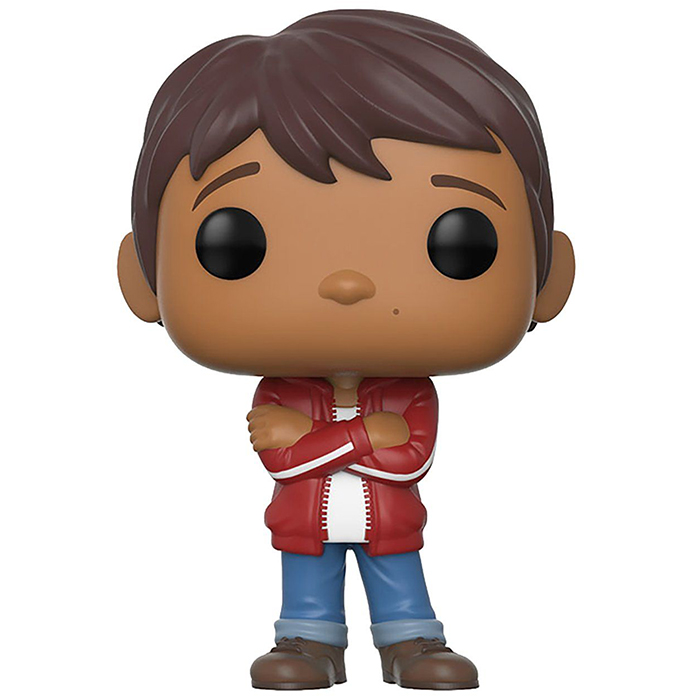 Music as an engine

Miguel is the hero of the Disney cartoon Coco. This one takes place in Mexico and honors the culture of the country, especially its legends about the world of the dead. The young boy dreams of being a singer and musician but unfortunately his family has banned music since his great-great-grandfather left his family to go on tour and become a star. However, when a contest is held on the Day of the Dead, Miguel tries to enter it. Finding no one to lend him a guitar, he decides to go to the mausoleum of Ernesto Rivera, the local star he thinks is his great-great grandfather, and borrow his guitar. This transports him to the world of the dead and he will need the help of the dead of his family to return to the world of the living. He will also learn a lot about his family, living and dead, during his journey. 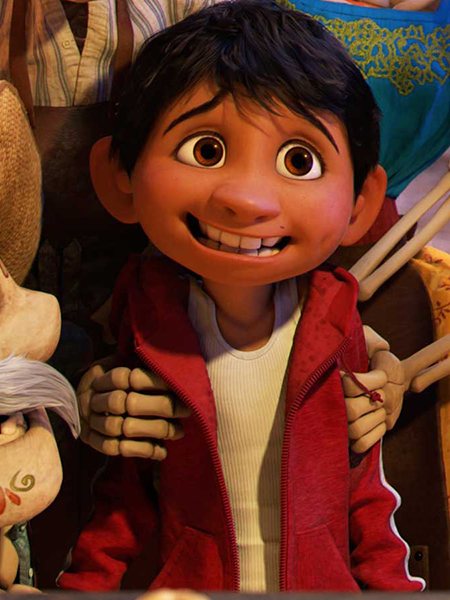 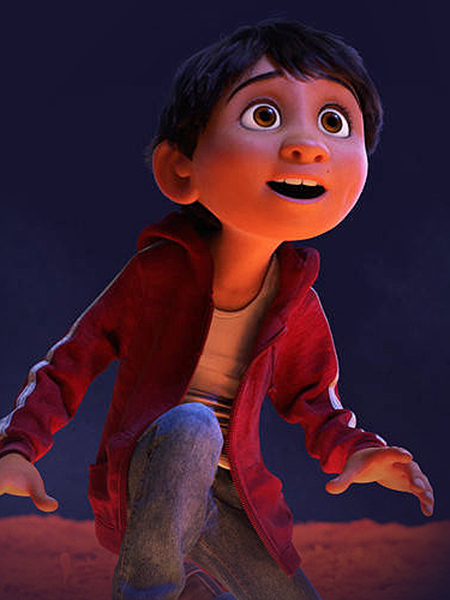 On this chase figure, young Miguel is shown with his normal face, before he was forced to wear makeup to go unnoticed in the world of the dead. As on the previous figure, he wears blue jeans with brown shoes and a white t-shirt with a red sweater. But this time the sweater is open and his arms are crossed on his chest instead of in his pockets. At the head level, we can recognize his brown skin as well as the mole under his nose and his brown hair falling down in small strands on his forehead. 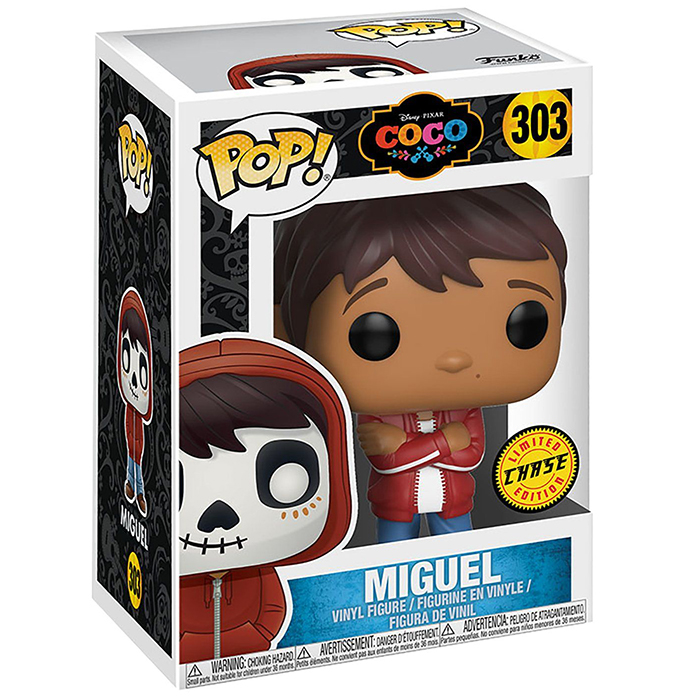