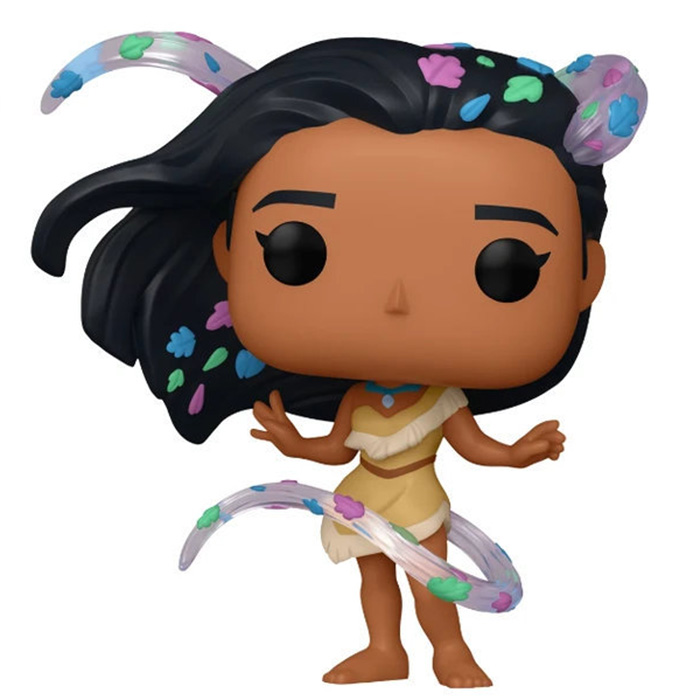 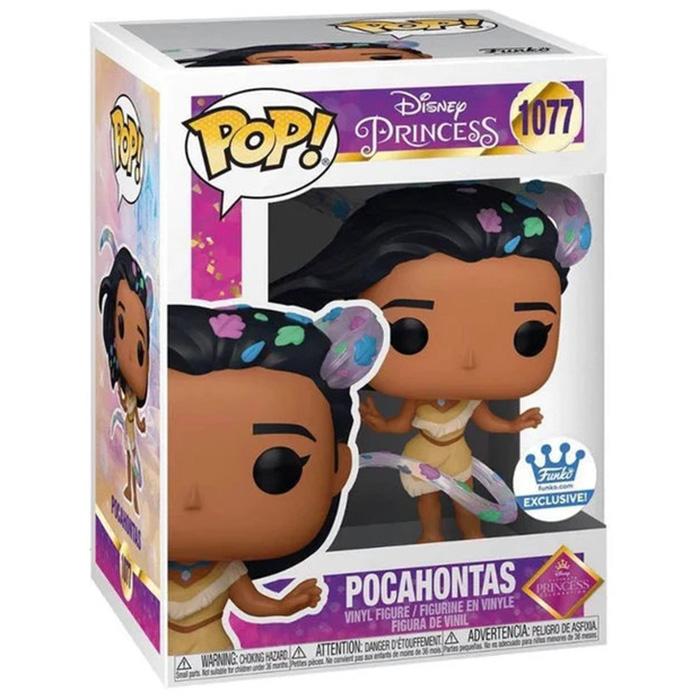 Pocahontas is the heroine of the cartoon of the same name, inspired by a real character. She is the daughter of a Powhatan tribal chief whose father wants to marry one of the best warriors of the tribe. She doesn’t agree to this because she is a free and independent young woman and she finds this man too serious. At the same time, a boatload of white men from England arrived to find riches. One of them, John Smith, the captain of the ship, is not like the others. Pocahontas meets him and they fall in love. But tensions rise between the white men who begin to plunder the wilderness and Pocahontas’ tribe. Finally John Smith is injured and asks Pocahontas to accompany him to England where he can be treated. She refuses because her tribe needs her and he offers to stay. She insists that he leave to be treated and they have to separate. 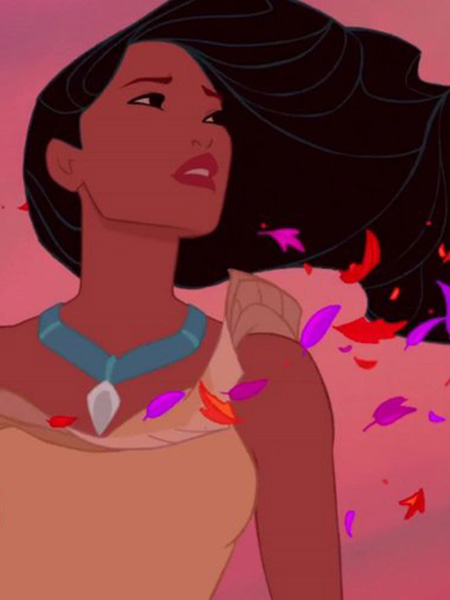 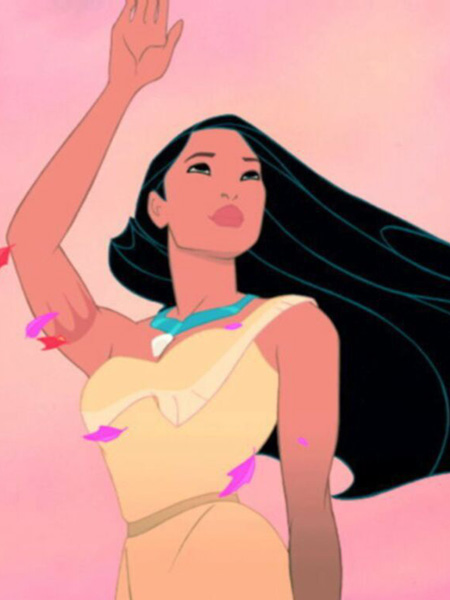 The Spirit of the Wind

For this exclusive figure, Funko depicted Pocahontas in one of the scenes from the movie where she is seen communing with nature. She is standing and wearing her usual short beige dress with one sleeve and a turquoise necklace. She has her hands up and the wind is playing in her hair and dress. The wind is also visible in the colorful leaves that swirl around her.