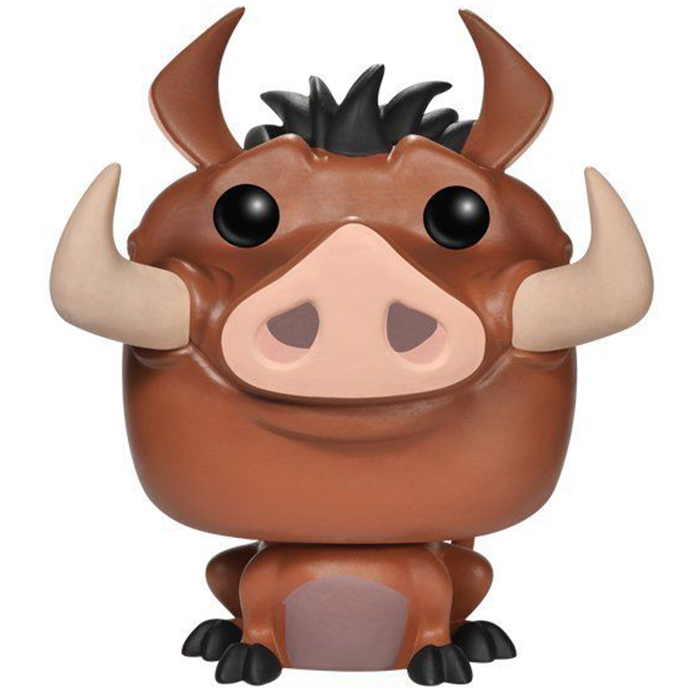 Pumbaa is an important character in the famous cartoon The Lion King which tells the story of young Simba. Simba is a lion and the son of the king of the jungle Mufasa. He is therefore preparing to become king when he is older while living in relative peace of mind. But in the meantime, the king’s brother, Scar, would like the power for himself. One day, Simba finds himself in the middle of a charging herd of buffalo and his father has to come to his rescue. He saves Simba but finds himself hanging off the cliff. Scar is there and takes the opportunity to push him and kill him, making Simba believe that it is only his fault. Simba, feeling very guilty, decides to leave and finds himself alone in the jungle. That’s when he meets Timon, a meerkat and Pumbaa, a warthog. The two friends have a very zen philosophy saying that one should never worry about anything and try to inculcate it in young Simba who becomes their protégé. 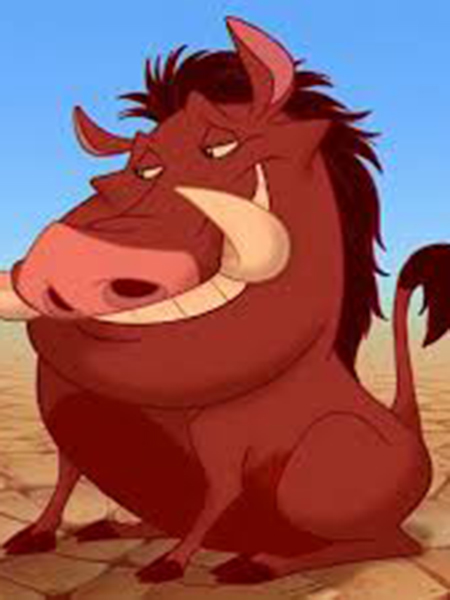 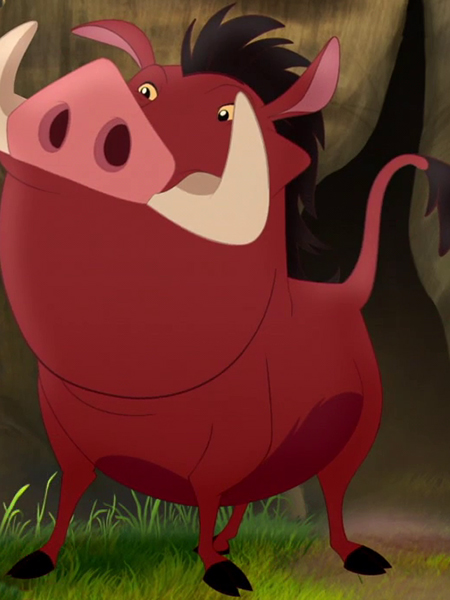 Funko has depicted Pumbaa sitting here, his four black hoofed legs together in the center. His head is exaggeratedly big compared to the rest of his body and we can see his friendly and round physique. Funko has well represented his brown skin, his pink snout and his two impressive horns. Finally, we find the little tuft of black hair on the top of his head and his big ears. 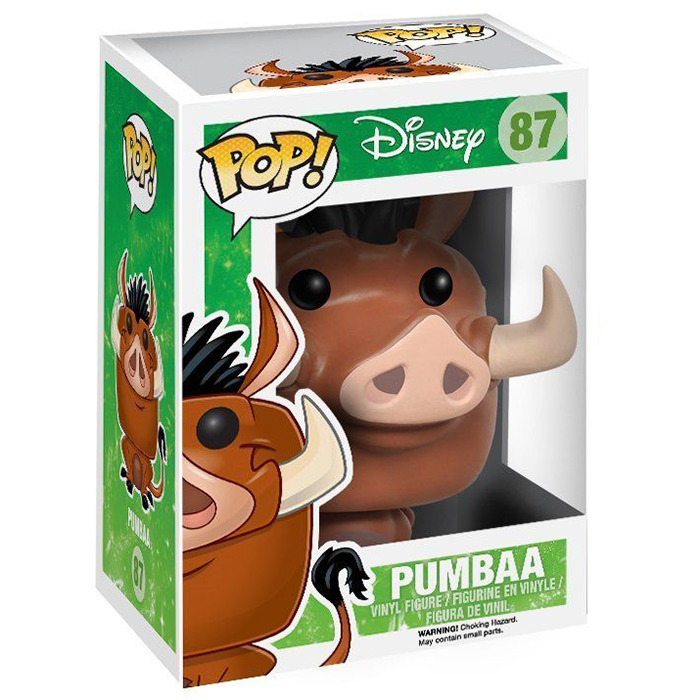