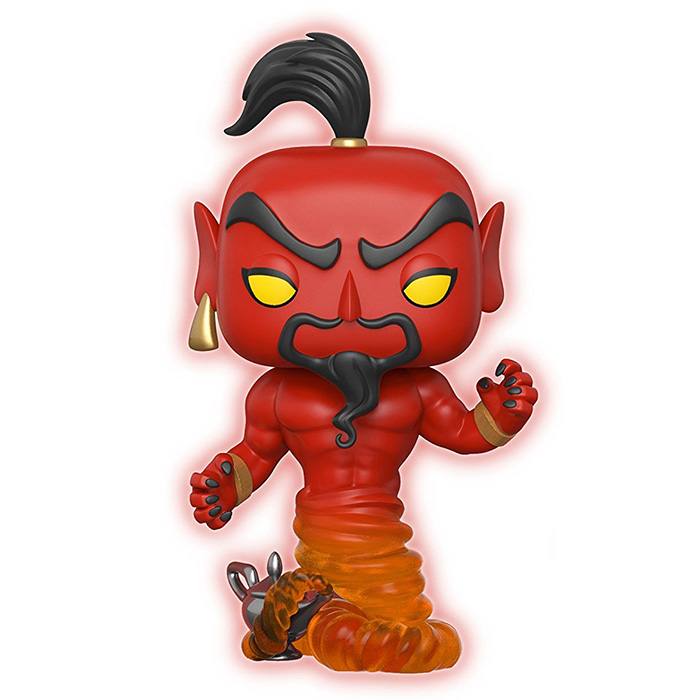 Jafar is the advisor to the Sultan of Agrabah and the big bad in Disney Studios’ animated feature Aladdin, based on the famous tale of the Arabian Nights. As is often the case in the story, the seemingly loyal advisor has only one goal: to become sultan instead of the sultan. And to do this, his plan is simple: to obtain the hand of Princess Jasmine. But Jasmine is determined to choose the man she will marry. She has just met a young thief in the city for whom she has taken a liking and later Ali, a rich prince, arrives to court her. Very quickly, Jafar will realize that Ali and the young thief Aladdin are the same person and that Aladdin has found a magic lamp containing a genie who has granted him three wishes, the first being to become very rich to have a chance with the princess. From that moment on, Jafar will do everything to get the lamp himself and become the master of the genie. 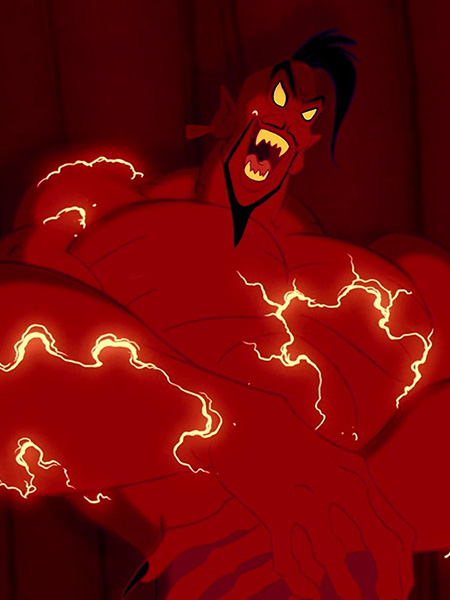 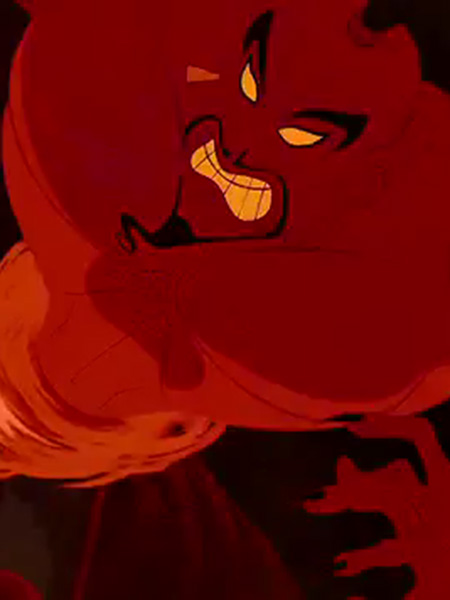 For this chase version of Jafar as an evil genius, Funko decided to make him glow in the dark, which makes him even more flamboyant. We only see his red and very muscular torso and his head. This one is red with yellow eyes, a long black goatee and a simple ponytail on top of the head held by a golden ring. The rest of his body is shaped like the smoke coming out of the lamp but unlike the nice blue genie, it creates a red and orange swirl. There is also the famous magic lamp in which the genies are locked up once their masters have exhausted their three wishes. 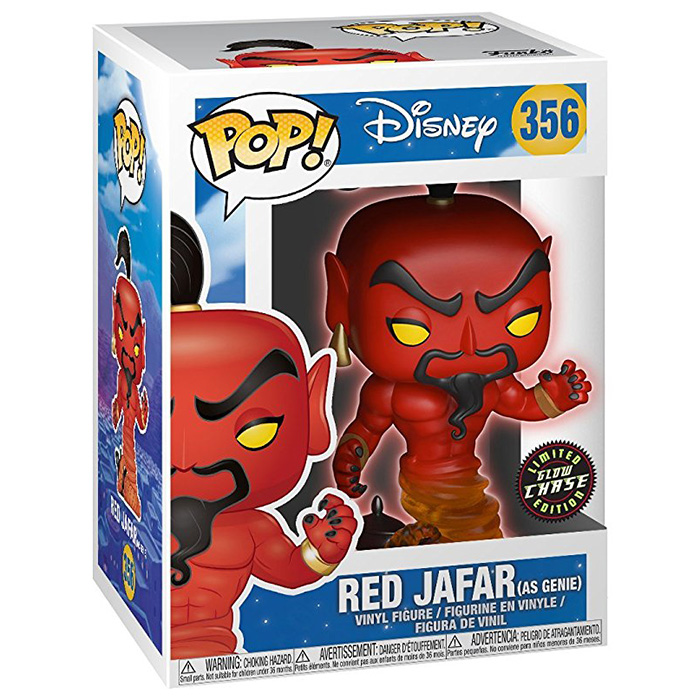