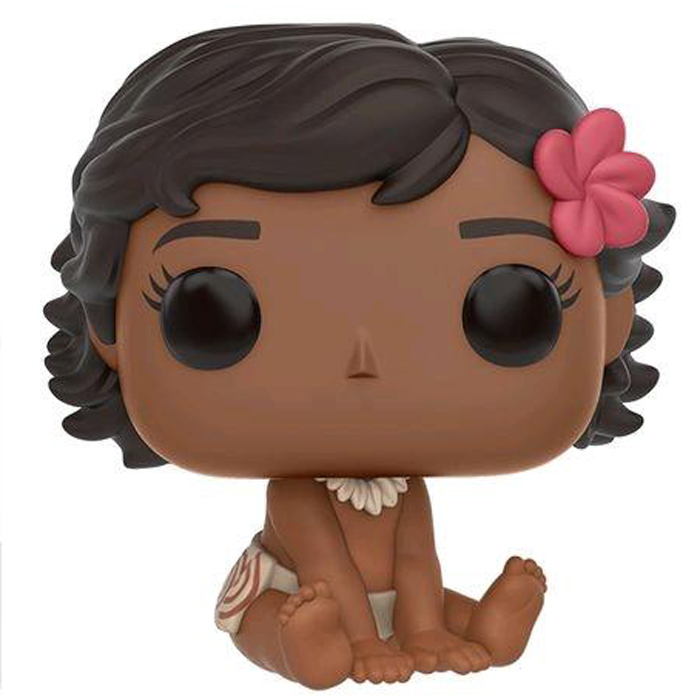 Moana (Vaïana in French) is the main character of Moana, is the central character of the eponymous Disney Studios film loosely based on a Polynesian legend. Moana is the daughter of a tribal chief and destined to become a chief herself when she grows up. When she is still a baby playing on the beach, she finds a strange precious stone and the waves take the shape of a person as if to greet her. The wave and the stone leave, but fifteen years later, Moana’s island is in danger, the coconuts dying on the trees and the fish disappearing from the ocean. Her grandmother explains to her that the stone she found is the heart of Te-Fiti Island and that she has been chosen to bring it back and restore the balance. 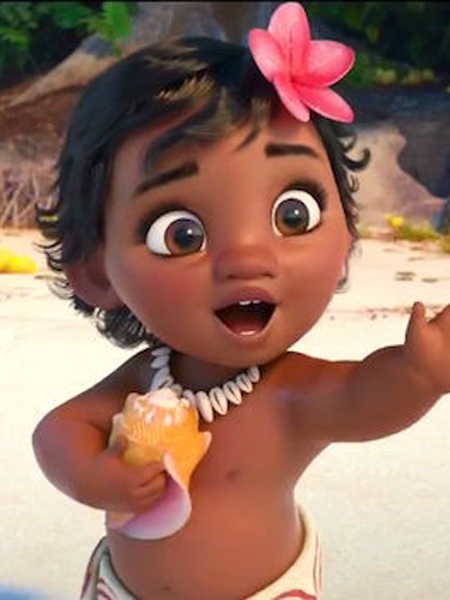 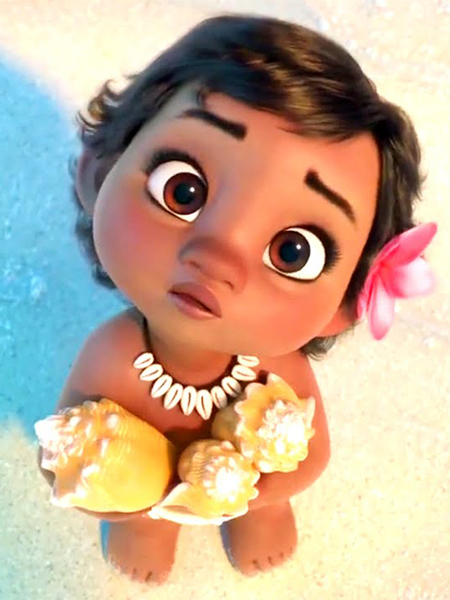 Moana is shown here as she finds the stone on the beach. She is sitting with her two hands between her legs and is wearing only a loincloth as a diaper and a small shell necklace. Her skin is brown like in the cartoon and her black hair is still quite short. She also wears a small pink flower in her hair and the rest of her face is very simple. 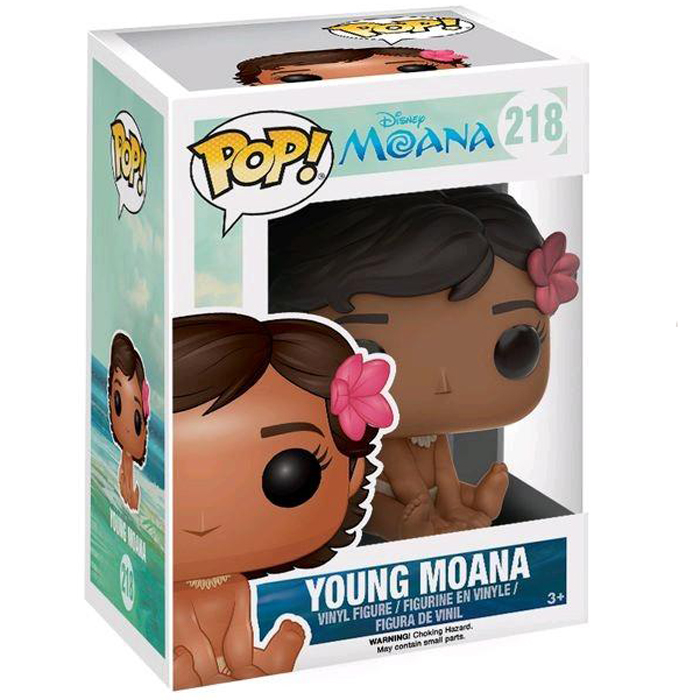