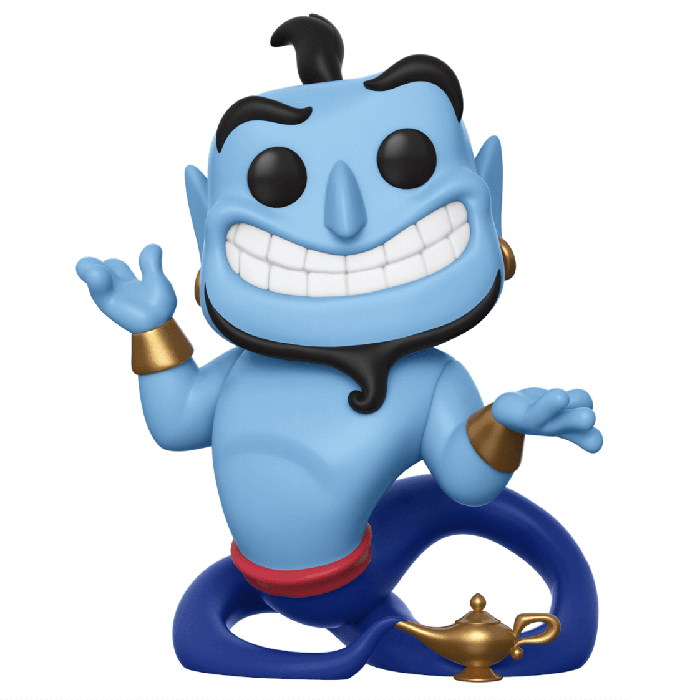 Genie is one of the heroes of the Disney Studios cartoon Aladdin based on the famous tale of the Thousand and One Nights. In this cartoon, a young thief with a big heart finds by chance the entrance to the cave of Ali Baba, a famous pirate. In this cave, he finds many treasures, including a magic lamp. He rubs it and a genie comes out who tells him that he has the right to three wishes. Not wanting to waste them on ridiculous things, Aladdin will take his time to choose his wishes and, in the meantime, will get to know this genie. He has almost infinite powers and can transform himself at will or show Aladdin the things that his potential wishes could bring him. His sympathetic personality and his humour will make Aladdin get attached to him and decide to finally free him. 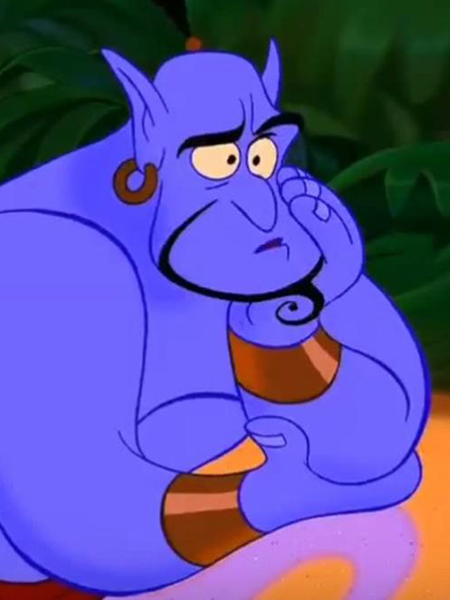 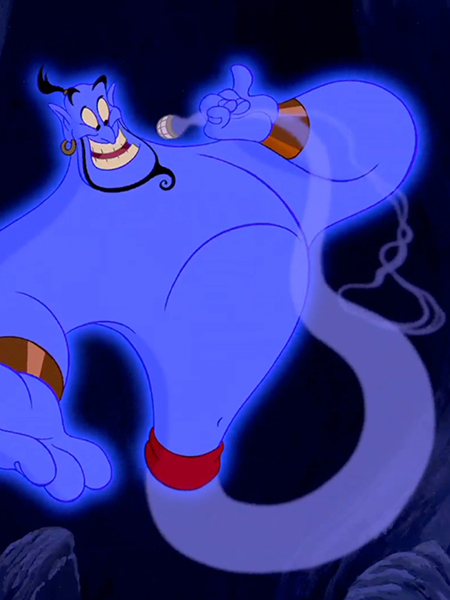 The genie is shown here emerging from his magic lamp. Apart from its blue color, its torso and head are human-like with a black goatee and ponytail and ears that are just a little pointed. But his lower body is a sort of dark blue smoke spiral attached to the lamp, which is golden. On his wrists, he has a golden bracelet on each side and a very big smile on his face. 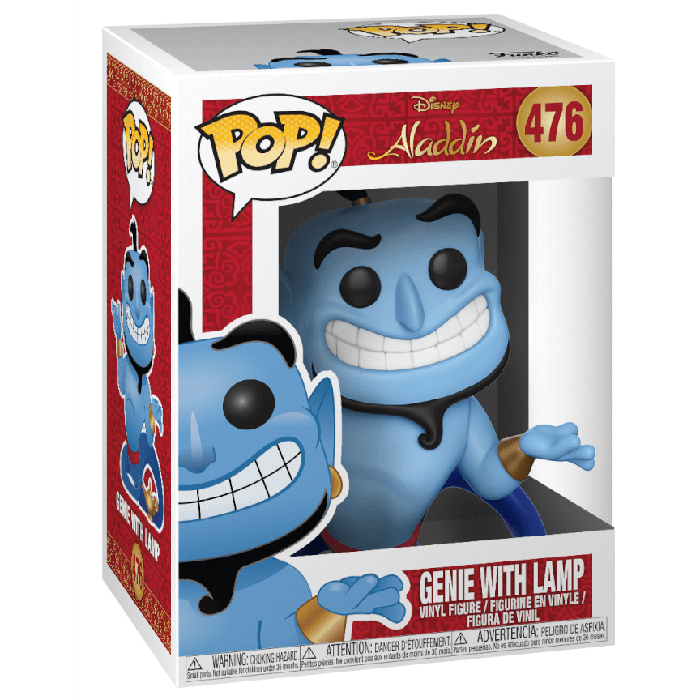 Clara Pop Figure (The Nutcracker and the Four Realms)