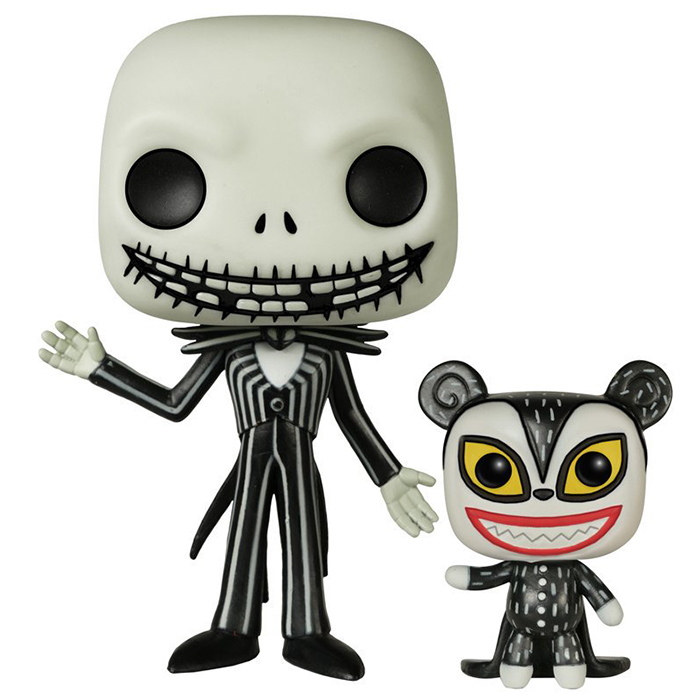 Jack Skellington is the hero of The Strange Christmas of Mr. Jack, the famous stop motion animated film devised by Tim Burton. He is the leader of the town’s Halloween festivities, but one year he gets tired of his role and goes for a walk in the woods. There he discovers the town of Christmas where everyone seems happy. He then decides to kidnap Santa Claus and take his place to try to feel that same happiness. So Jack makes himself a costume and a fake beard and sets off to deliver presents using his sleigh pulled by skeleton reindeer. But Jack doesn’t know what children like and he delivers a stuffed animal to a family, except that it is alive and has big ears like Mickey and a mouth full of sharp teeth like a vampire. It then starts flying and running after the children to try to bite them. It is only when the real Santa returns that the little vampire is replaced by a real teddy bear. 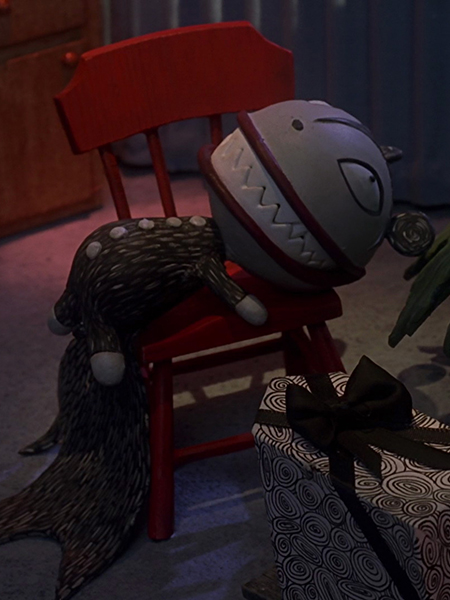 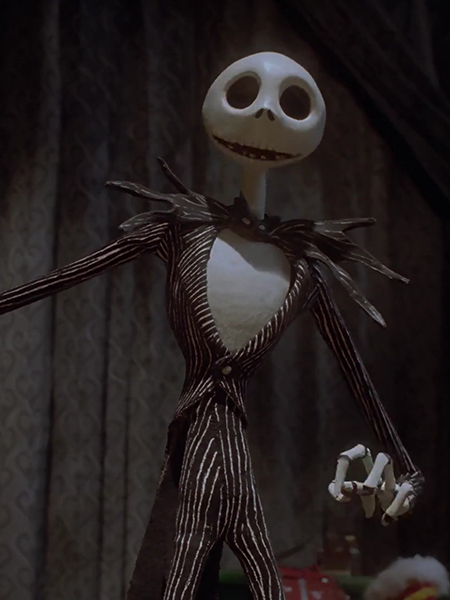 So for these exclusive figures at the 2015 New York comic con, Funko had decided to represent Jack with this famous little vampire. As usual Jack is wearing his black tails suit with white stripes and black shoes. His bow tie is actually a little bat with the same colors. On the head, we find his skeleton skull and his big black eyes. Funko has also represented his big smiling mouth showing all his teeth. For the teddy, we find his body in the shape of a teddy dressed in a kind of black romper that seems to imitate Jack’s outfit with a long cape. On the head, we find his black Mickey ears with the tip on his forehead. Finally, his eyes are yellow and above all, we can see his wide red smile revealing his sharp teeth. 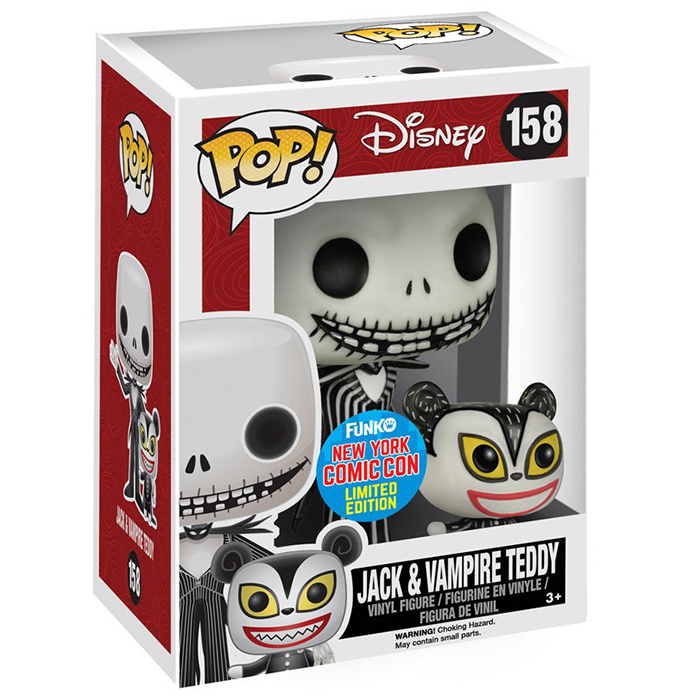