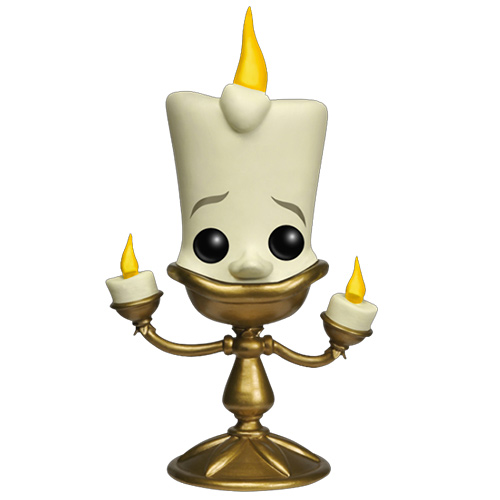 The butler transformed into a candlestick

Lumiere is a character from the Disney cartoon “Beauty And The Beast”, adapted from the classic tale of the same name. It tells the story of a young and handsome but also cold and selfish prince. On a particularly cold evening, an old beggar woman comes to the castle and asks him for shelter in exchange for a rose. The prince, disgusted by the old woman’s appearance, laughs and pushes her away. She then transforms into a beautiful young woman and puts a curse on him and the whole castle. He is turned into a hideous beast and all his servants into objects. To break the curse, he will have to love a woman and be loved by her in that form to prove that only inner beauty counts. While the cook Mrs. Samovar becomes a teapot and the steward Big Ben a clock, the positive and cheerful butler is transformed into a candlestick. When the sweet and intelligent Belle arrives at the castle, he is the first to think that she could be the one to break the curse. He then does everything to make sure that the Beast treats her well and shows her positive sides. 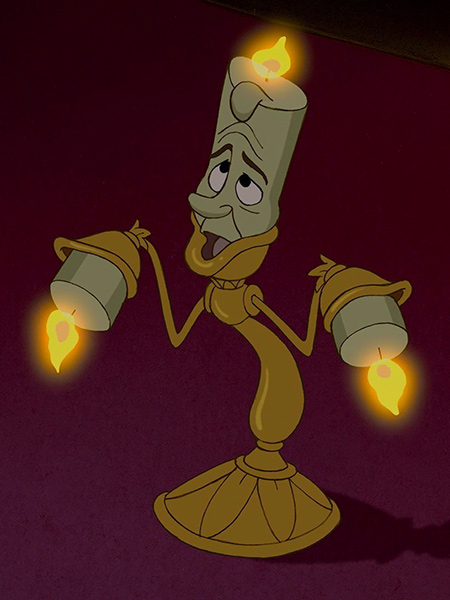 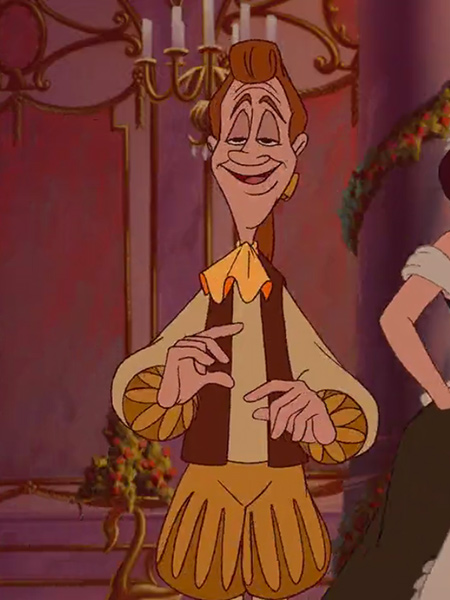 The one who brings the light into the castle

At the time of the curse, the servants are turned into objects, but the form they take is of course no accident. The butler, Lumière, was a slightly rebellious man but above all cheerful and positive. He is the one who will have the hope to break the spell by seeing Belle and thus metaphorically bring back the light in the castle. Obviously, given the shape of the character, Funko has deviated a lot from the usual shapes of pop figures. However, we still find those classic black eyes. As in the cartoon, Lumière is a candlestick with three branches. The middle one creates his face and the other two his arms. On his face, we find his famous eyebrows that make him so expressive, as well as this little wax streak that evokes the lock of hair he has on his forehead when he is human. We can see the pretty golden color of the candlestick and the pattern on his foot, which is again the same as the one on his clothes when he is human again. Finally, his flames have been represented in a nice transparent yellow plastic, which adds a nice final touch to this figure! 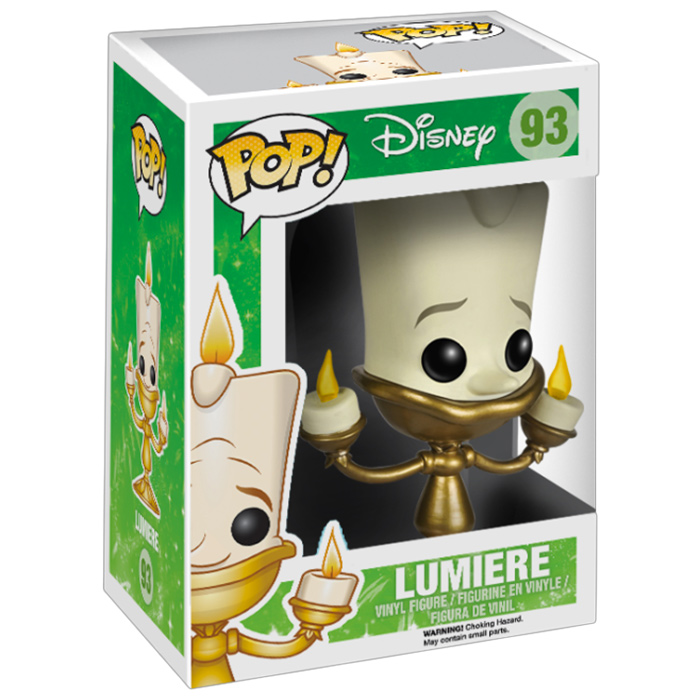