Pop Louis figure (The Princess and the Frog)

Pop Louis figure (The Princess and the Frog) Funko Pop 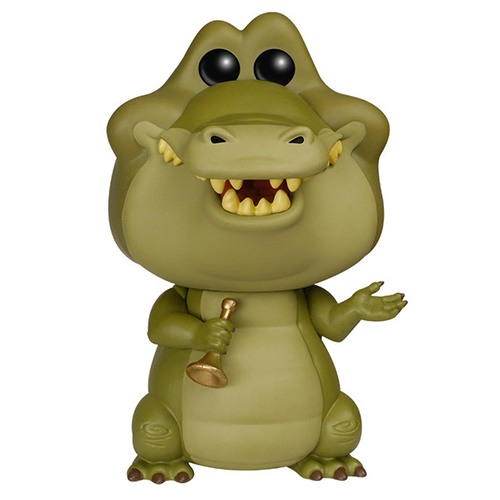 The Funko Pop figure Pop Louis (The Princess And The Frog) Interested?

Louis is one of the important characters in the Disney cartoon “The Princess And The Frog”, very loosely based on the Grimm brothers’ tale “The Frog King”. The Princess And The Frog has the particularity of being the last Disney cartoon made in traditional animation, which had been done for the last time seven years earlier with Lilo And Stitch. (excluding sequels and films released directly on DVD). It tells the story of a young African-American waitress, Tiana, living in New Orleans in the 1920s. She has dreamed of opening her own restaurant one day since she was a child and has worked hard to make it happen. At a costume party organized by a friend, Tiana meets Prince Naveen, who has been transformed into a frog by Dr. Facilier, a voodoo wizard. She agrees to kiss him to break the spell, but it is in fact Tiana who is also transformed into a frog. They then decide to go to the bayou in the hope of being helped by the voodoo priestess Mama Odie. On the way, they meet a friendly alligator named Louis, who will help them reach their destination faster. Louis is a great jazz fan and more particularly a trumpet fan, which he plays quite well! 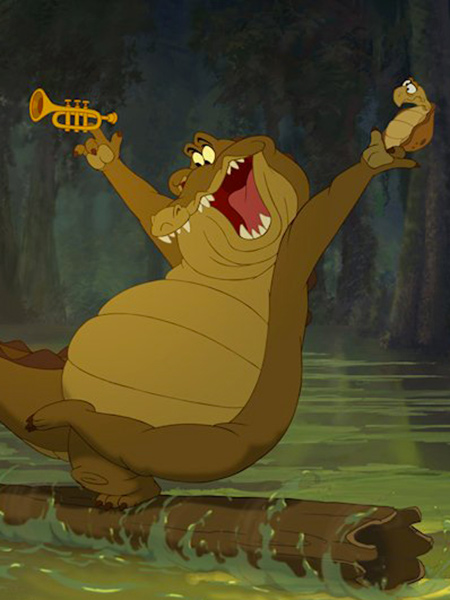 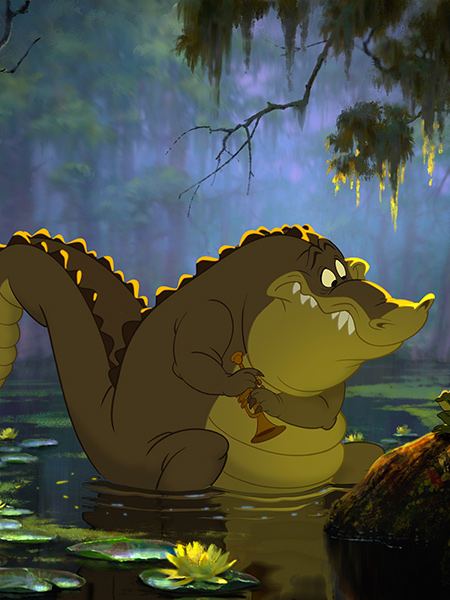 A not so scary alligator

Despite being an alligator, Louis has a rather friendly and fun physique and really not terrifying! And Funko has reproduced this impression very well. As is often the case with Disney, Louis is a bit humanized as he stands on his hind legs. As in the cartoon, his body has rather soft shapes, especially his belly which is quite round. The two shades of green and the different details of his paws are well represented. As for the head, although the creators of the figurine had to adapt to the usual shapes of Funko Pop figurines, the whole is quite faithful. We find his alligator snout a little elongated but also a smiling mouth and teeth not very impressive for an alligator! As it is often mentioned in the movie, Louis is a jazz lover and an excellent trumpet player, so he is logically represented with his instrument in his paw. 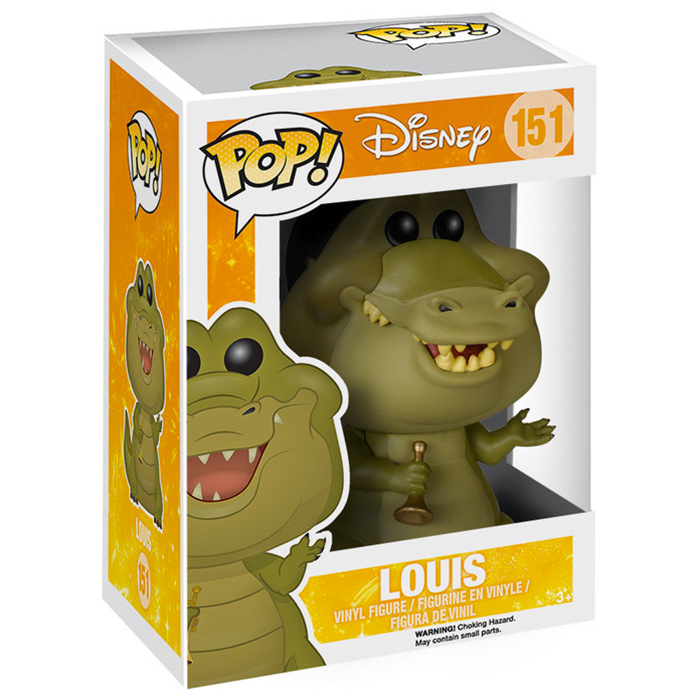 The Funko Pop figure Pop Louis (The Princess And The Frog) Interested?

Pop Joy figure (Inside Out)