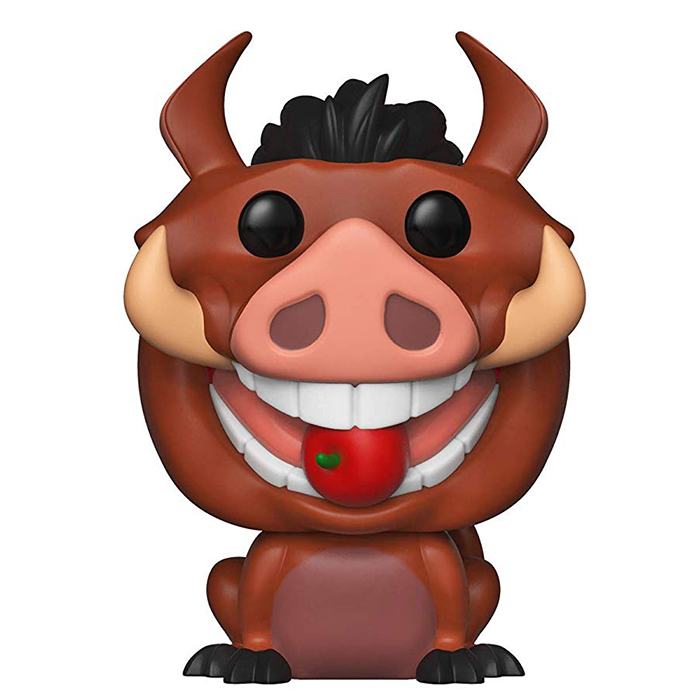 Pumbaa is an important character in the Disney Studios cartoon The Lion King. It tells the story of Simba, the young lion who is destined to become the king of the savannah after his father. But one day Simba is in danger and his father Mufasa comes to his rescue. After taking Simba to safety, he finds himself on the edge of a cliff holding on to one leg. Scar, his brother who had always been jealous of him, passes by and takes the opportunity to push him to his death. He then blames Simba and encourages him to leave. This gives him the opportunity to finally become king instead of his brother. In the forest, Simba is adopted by Timon and Pumbaa, a meerkat and a warthog. Pumbaa, like his friend, has a philosophy of life that leads him to never take things seriously. However, when Simba’s childhood friend Nala urges him to come and take his place on the throne, Timon and Pumbaa commit to helping him fight Scar and his armies. 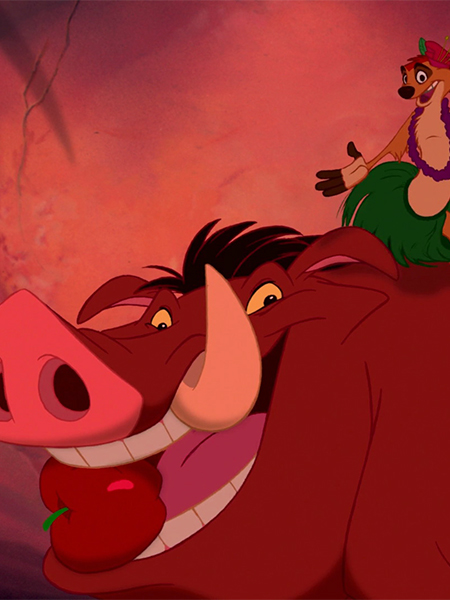 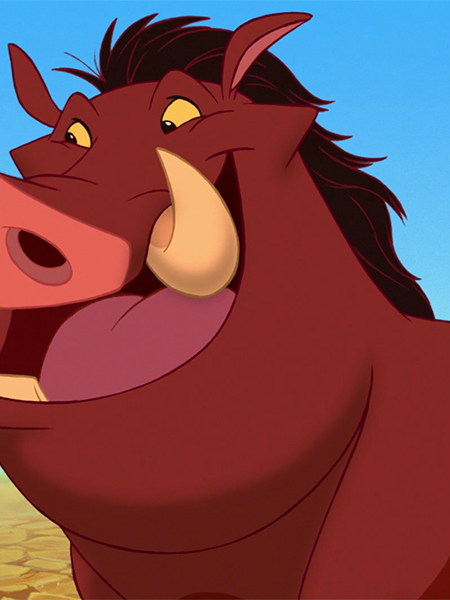 Funko depicted Pumbaa when he and Timon make a diversion to keep the hyenas away from Scar’s den. Timon dances while Pumbaa stands with an apple in his mouth, making an appetizing meal for the hyenas. We find his oversized head as well as the two horns coming out of his mouth and his big ears on the top of his head. He holds a red apple between his teeth and wears an exaggerated smile. And of course, we can recognize his brown skin tending towards red. 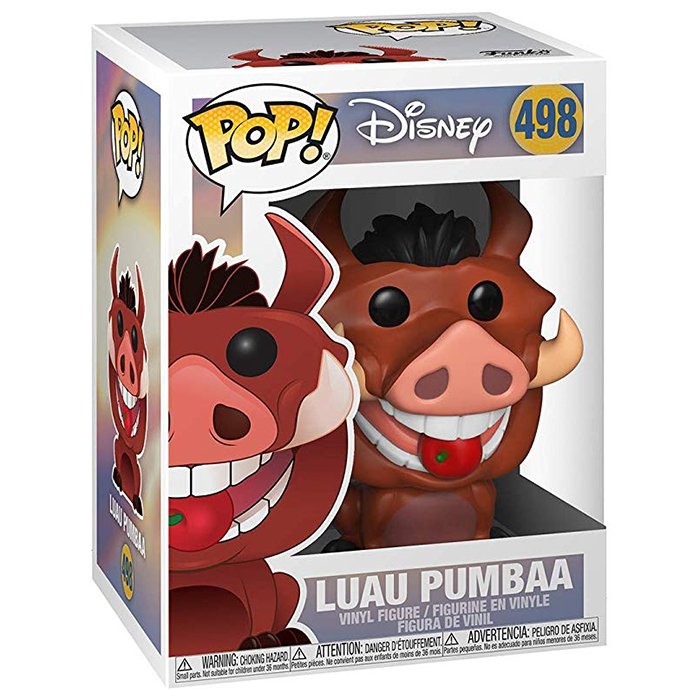