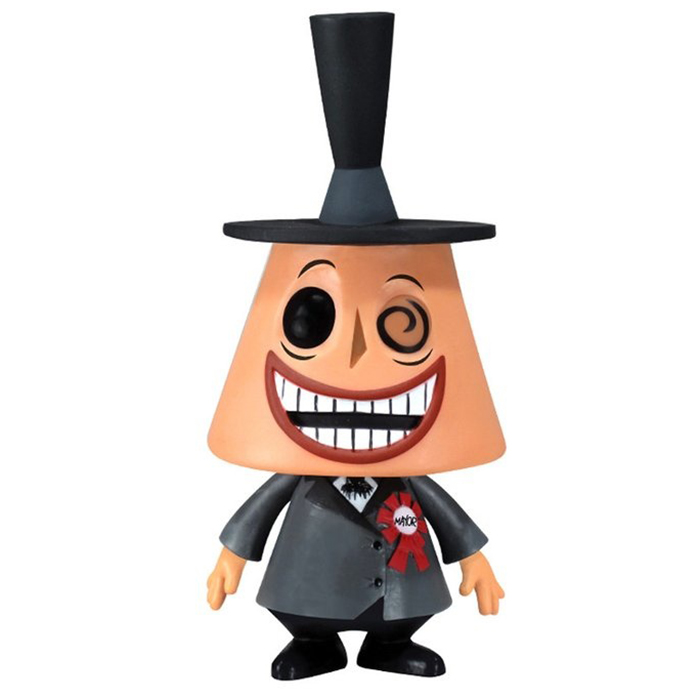 The mayor of a funny town

The mayor is, as the name suggests, the mayor of the town of Halloween in the famous stop motion cartoon, Mr. Jack’s Strange Christmas. The film tells the story of the inhabitants of the town of Halloween, where the best time of the year is of course October 31 and the celebration of the Halloween party. The mayor relies especially on Jack Skellington for the organization of the ceremony because this living skeleton is normally the specialist. He repeats several times that although being the mayor, he has in fact very little power and he proves it when Jack finally wants to organize Christmas and that he follows him although he is not sure himself that it is a very good idea. 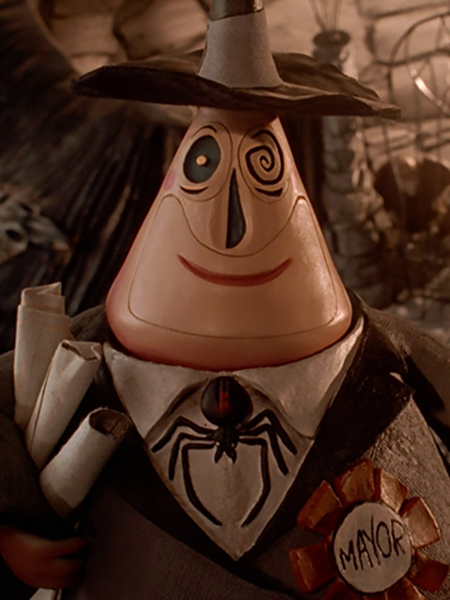 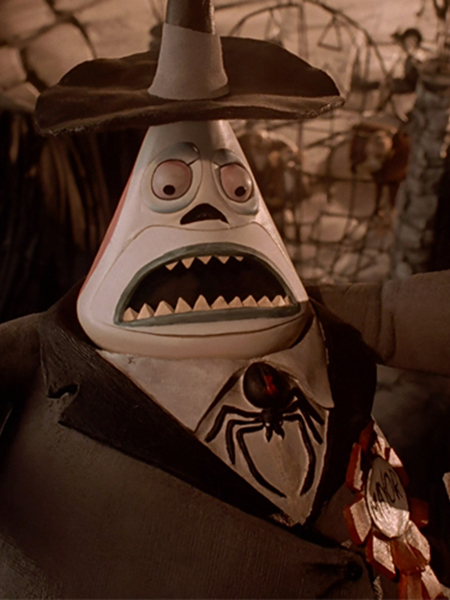 As in the movie, we can see that the mayor has an overall conical body and wears a classic grey suit with a large red patch that clearly states that he is the mayor on his chest. As for the head, Funko did a good job of depicting the two very different and frozen sides of his face. One side shows him with a beige and smiling complexion and a spiral eye, the other with a pale face and a pouting mouth. Finally, he is of course wearing his black top hat which is almost as tall as he is. 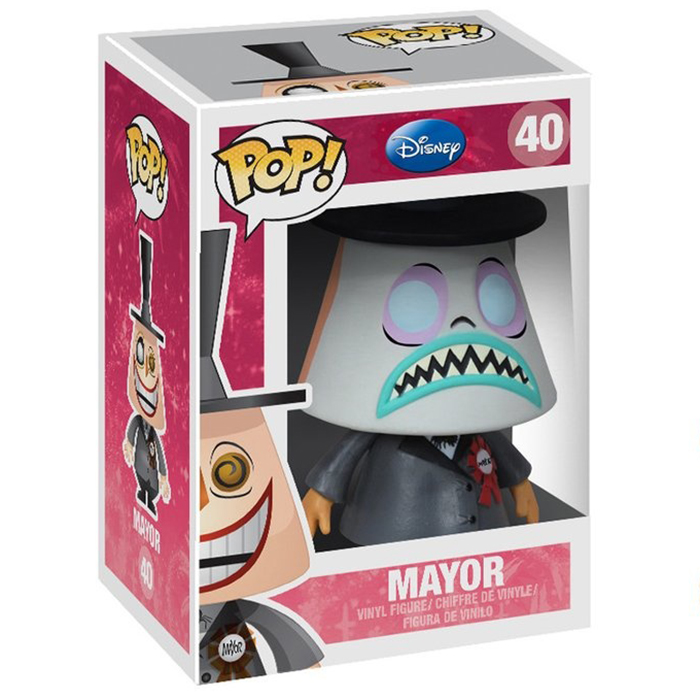