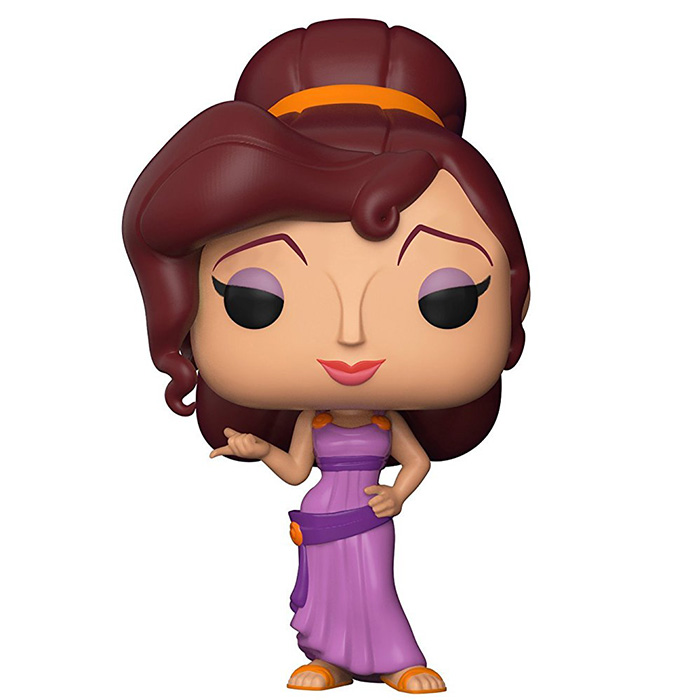 Meg is an important character in the Disney Studios cartoon Hercules. In this story inspired by Greek mythology, young Hercules is born on Mount Olympus to his two divine parents. But Hades, god of the underworld, is jealous of this happiness and more than tired of having to stay in the underworld. A prophecy tells him that he will be able to leave the underworld in a few years, provided that Hercules is dead at that time. He then decides to give a potion of mortality to the baby in order to be able to kill him but this one does not finish it and keeps a part of divinity. But was not completely divine either, he is taken in by a mortal couple on Earth. When he learns the truth as a teenager, he decides to become a hero in order to regain the right to find his parents on Olympus. Hades doesn’t see this as a good thing and will send all possible obstacles on his way to kill him. He is going to use the pretty Meg whose charm Hercules is not insensitive to. But while Meg has no choice but to obey Hades to whom she sold her soul in exchange for the life of her fiancé (who finally left her afterwards), she ends up developing feelings for Hercules and doesn’t really agree with the idea of trapping him. 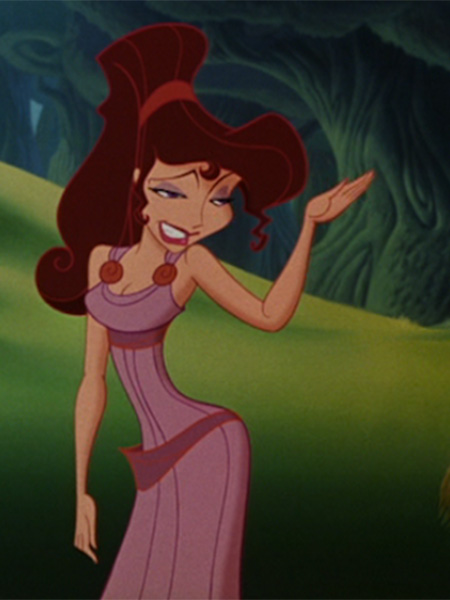 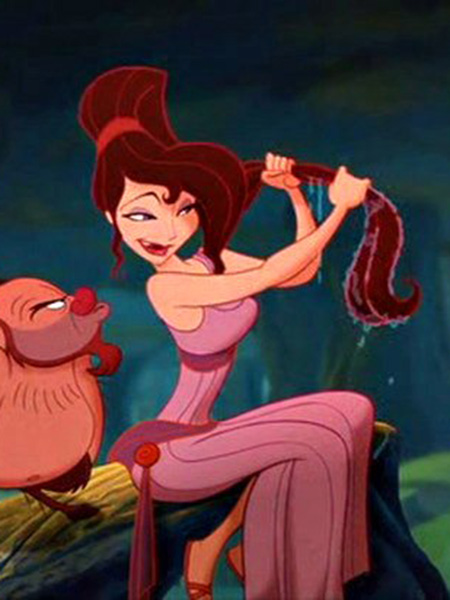 Like the other characters in the cartoon, Meg’s facial features are very stylized to fit the art style of the time. Her eyes are very made up with eyebrows with a very particular shape and her mouth is drawn with a light smile. She is wearing a pink dress draped from the waist up in an approximation of the Greek fashion of the time, with orange sandals. Her hair is a dark red with a very large voluminous lock in front of her face and a sort of semi-bun at the back of her head held in place by an orange tie. 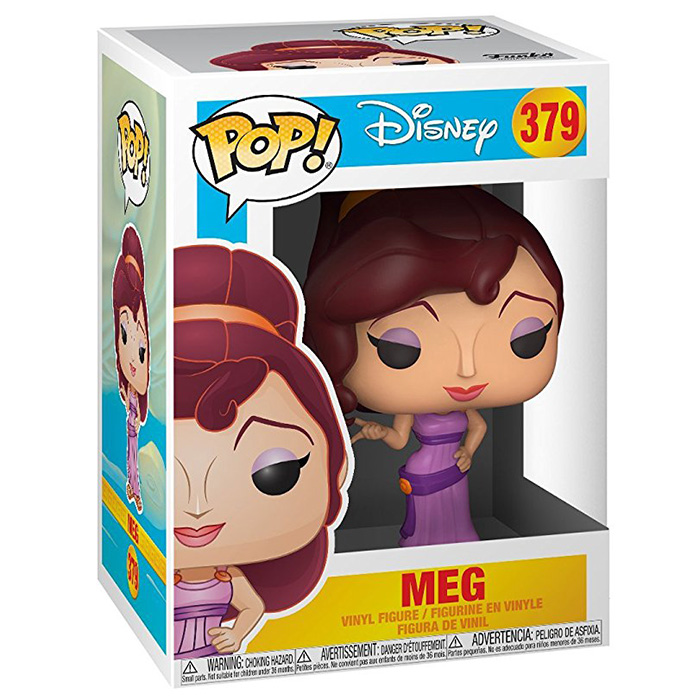