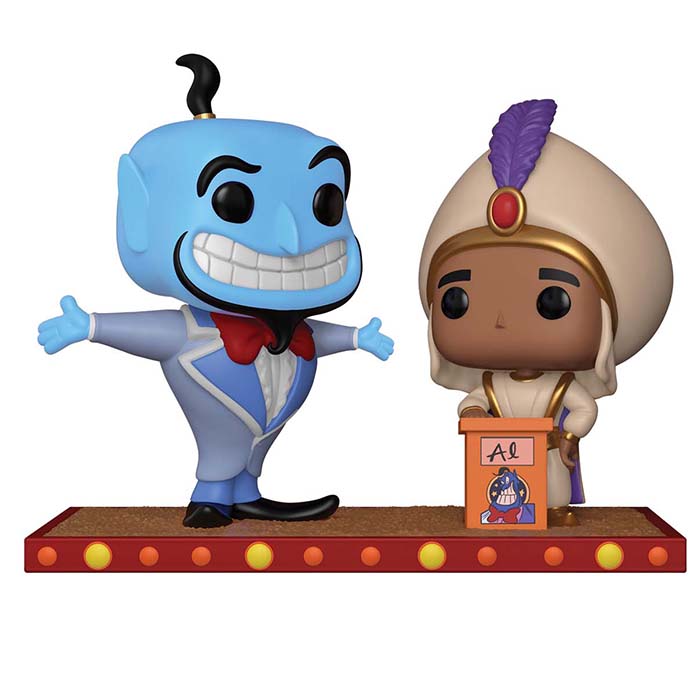 An offbeat sense of humor

This movie moment figurine is from the famous cartoon Aladdin from the Disney studios, freely adapted from the tale of a thousand and one nights. It tells the story of a young thief who finds a magic lamp in the famous Ali Baba cave. From this lamp comes a genie who explains to Aladdin that he can grant three wishes for him. But knowing that these three wishes are precious, Aladdin chooses the first one. The genie then creates a TV set in which he is the presenter and Aladdin the candidate. This is a perfect representation of the genie’s offbeat and anachronistic humor throughout the film. In the end, Aladdin will choose to become a rich prince, which will give him the chance to see Princess Jasmine again and perhaps win her heart. 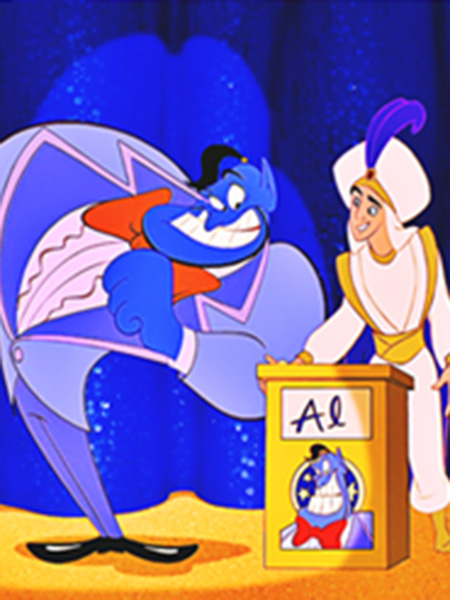 This movie moment rests on a small platform decorated with stage lights all around to represent the game show aspect and the bottom of the box is even decorated with a blue curtain. The genie is of course blue but with human legs and wearing a ridiculous costume with a big red bow tie. Aladdin is already wearing his Prince Ali outfit with an impressive white turban and he is in front of a desk on which is written “Al” for Aladdin. 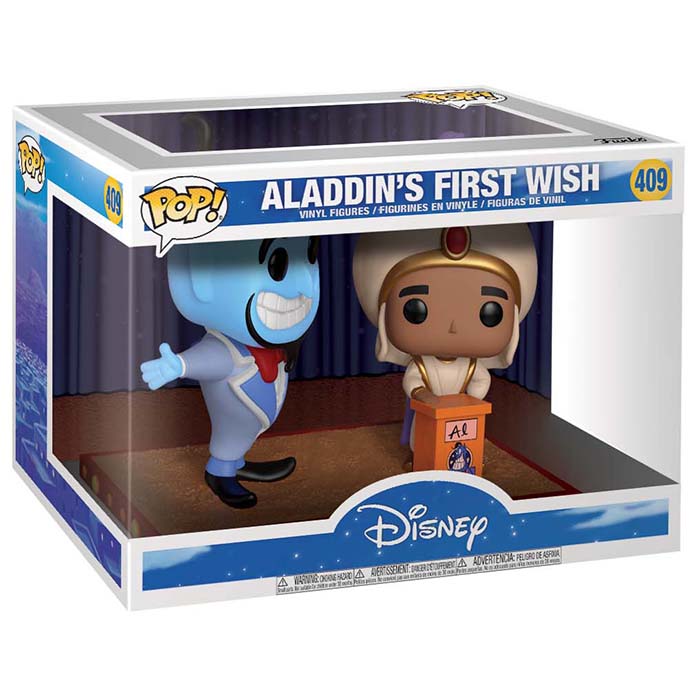