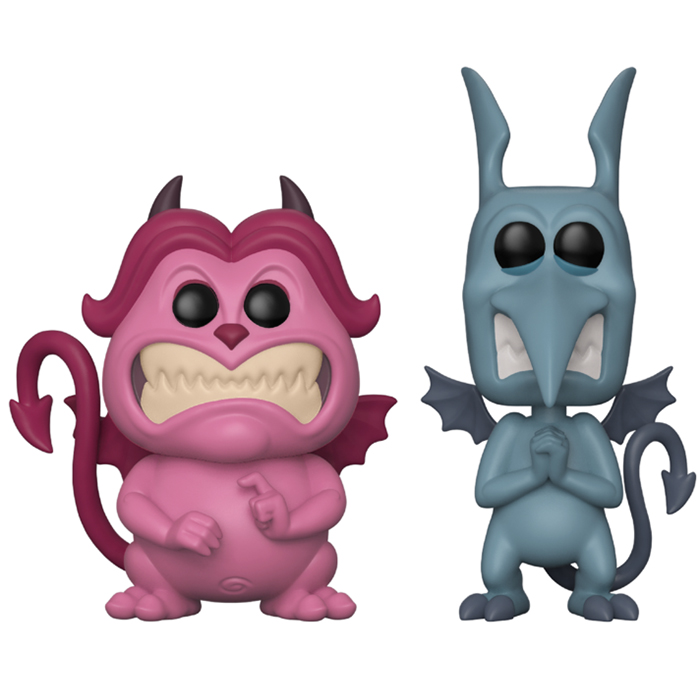 Pain and Panic are the two demon minions of Hades in the Disney Studios cartoon Hercules. In this cartoon inspired very freely by the legend of Hercules from Greek mythology. Hades, the god of the underworld, is tired of being consigned to the bowels of the earth and for this reason, he decides to consult the oracles. They tell him that one day he will be able to get out of there provided that the young Hercules, the newborn son of Zeus, is dead at that time. He then sends the two little demons Pain and Panic to give the baby a potion that will make him mortal and therefore very easy to kill. But things do not go as planned and Hercules remains partially divine. Condemned to leave Olympus, he is adopted by a human family but retains superhuman strength. And as the young boy grows, Hades will continue to send his two ridiculous minions to try to kill him so he can finally get out of the underworld. 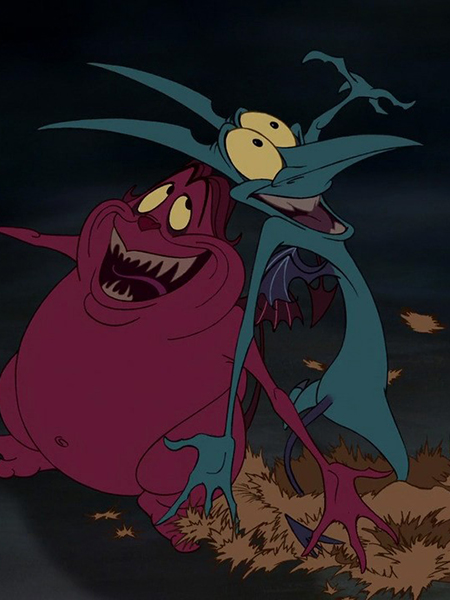 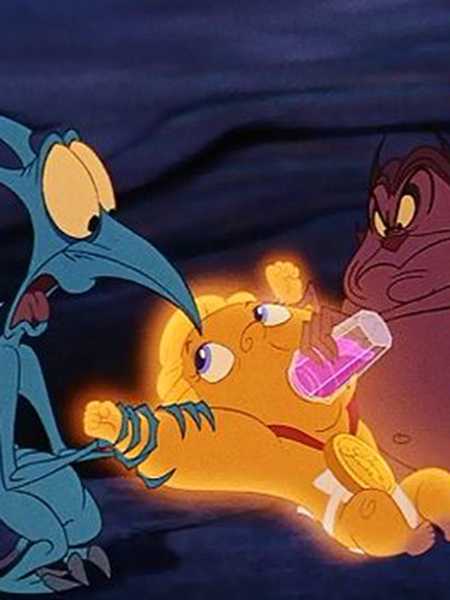 For this exclusive 2-pack, Funko has represented these two little demons with their funny and not so terrifying looks. Pain is pink with a rather chubby physique and a round face. His mouth is deformed into a grin of pain and he has two rather ridiculous locks of hair on top of his head from which two horns protrude. On his back, of course, he has a long forked tail and two small bat wings. Panic, on the other hand, is blue with a long nose, a terrified look, long ears, a long forked tail and bat wings like his friend. 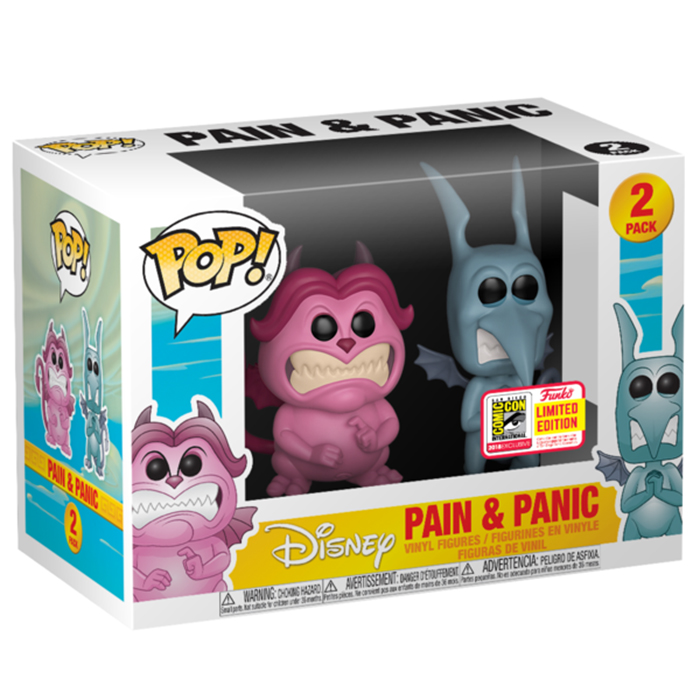