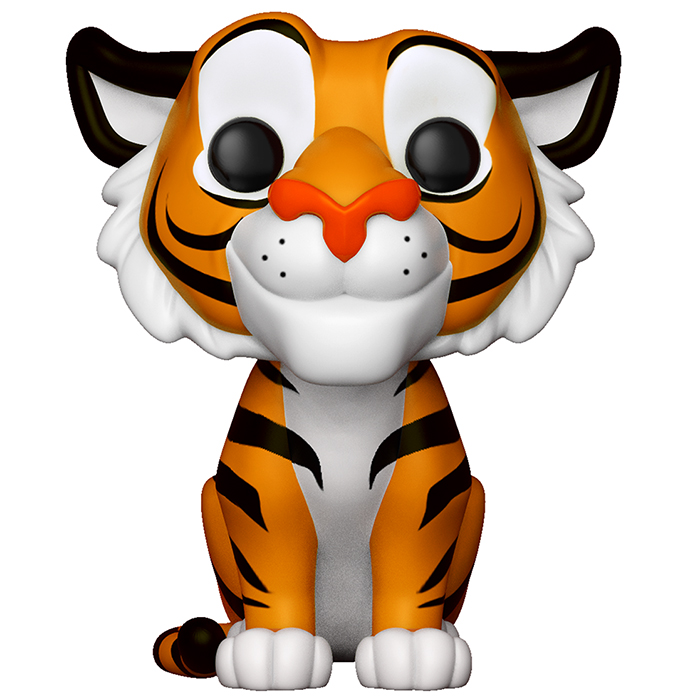 Jasmine in a nightmare world

Rajah is a tiger and Jasmine’s pet in one of Walt Disney’s most popular cartoons of the 90s – Aladdin. In this story, the young thief Aladdin finds a magic lamp in Alibaba’s cave and from this lamp comes a genie who offers him three wishes. He then asks the genie to make him a rich prince in order to have a chance to win the heart of Princess Jasmine, daughter of the Sultan of Agrabah. Indeed, Aladdin had met her a few days earlier without knowing who she was and had immediately fallen in love with her. As for the princess, she dreams of freedom and would like to discover the world and get out of her golden cage. Rajah is her faithful pet and confidant for lack of other friends to talk to. He acts as a kind of big cat but also as a protector. 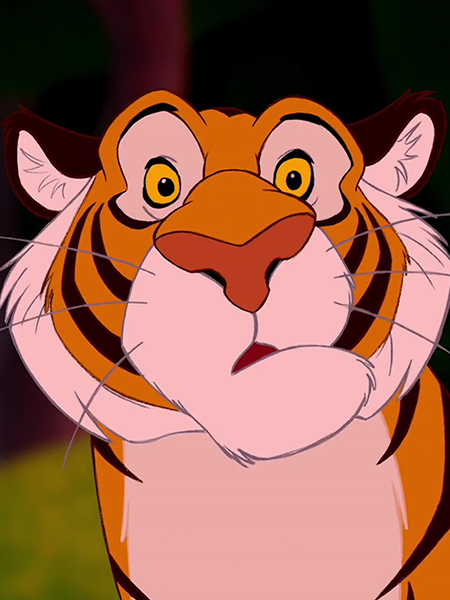 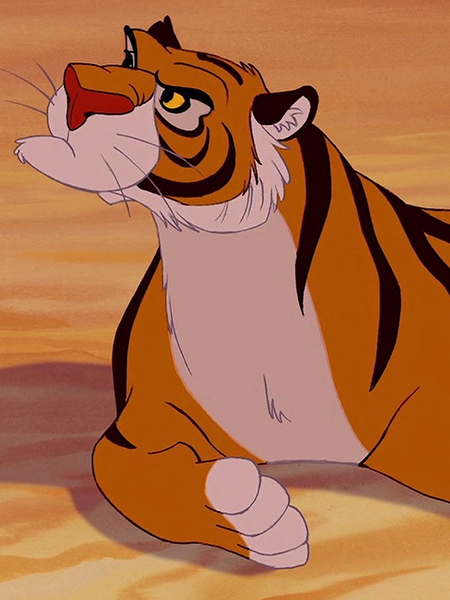 Rajah the tiger is represented here with a rather soft and calm attitude which gives him more the air of a big cat than a tiger. His coat is a bright orange with black stripes and some white parts such as the tips of his paws, his muzzle and the mane surrounding his face. He has a big muzzle in relief with a nose of a more bright orange and an expression that gives him the appearance of smiling. The patterns on his face also give the impression that he has eyebrows, one of which is raised a bit to give him an expression of surprise or amusement. 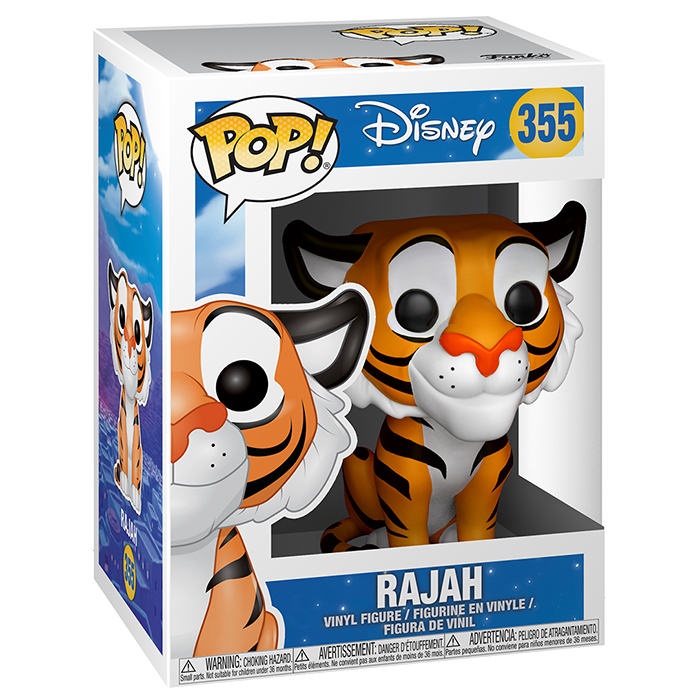